Hahnville’s Makenna Cortez stepped to the plate with a job to do on Tuesday, with a runner on third and no outs in the bottom of the ninth inning against rival Destrehan.

Cortez made the contact she needed, plating Sara Roussel for a walk-off game winner as the Tigers bested the Wildcats in a thriller, 5-4.

Roussel set the table for Cortez when she socked a leadoff triple to right field, and moments later put the finishing touches on a fine day. She went 2-for-5 with a double, that triple and two runs scored. Lauren Crochet went 1-for-3 with two RBIs for Hahnville, including a double. Kate Bruce and Kathryn Smith also each doubled.

Hahnville (1-4) rallied to earn this one, in the process handing Destrehan its first loss of the season. The teams traded runs in the first inning, but Destrehan tacked on three more soon thereafter to lead 4-1 entering Hahnville’s half of the fifth inning. The Tigers’ answer came swiftly, scoring three runs in the same inning, highlighted by RBI doubles by Smith and Crochet, the latter plating two. 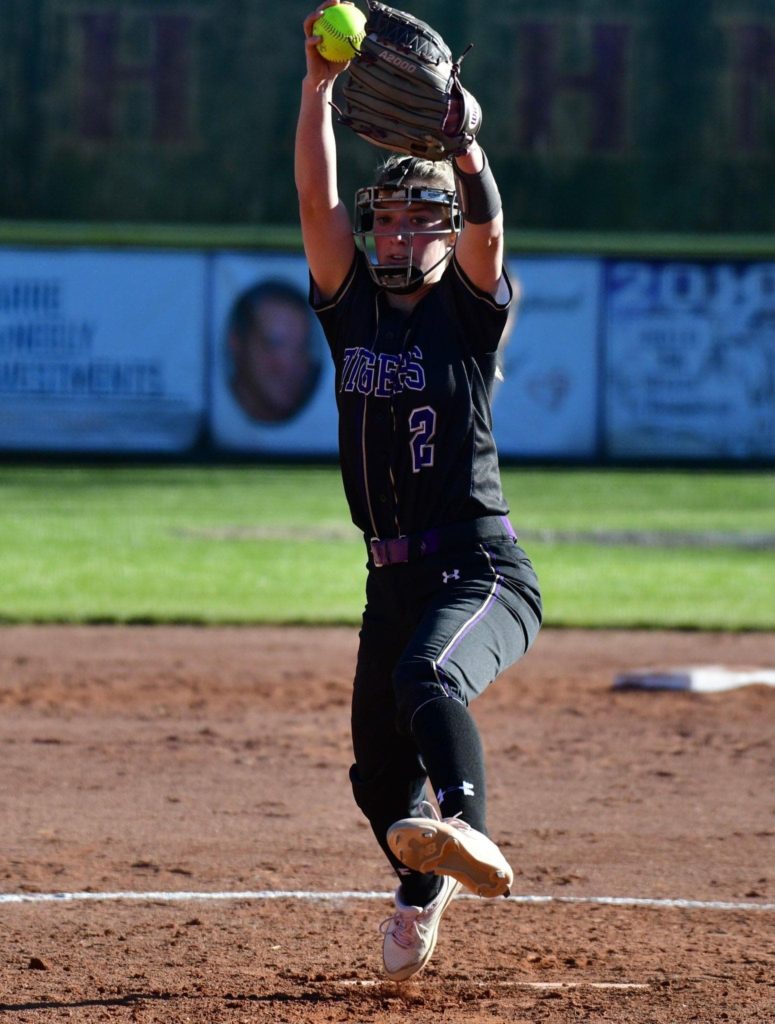 “It was typical Hahnville and Destrehan … both teams came ready to play and people got to see a great battle between them,” said Hahnville head coach Jerry Nugent. “If you’re a fan of softball or of sports in general, that was the place to be and it could have gone either way. We were fortunate enough to have an opportunity to take it in the ninth and came through.”

Laney Waguespack started for Hahnville and went 5.2 innings, allowing three earned runs on four hits. She struck out six and walked one. Mackenzie Klibert earned the win out of the bullpen, going 2.1 shutout innings with two hits and two strikeouts.

Offensively, Alyssa Vicknair and Moriah Ocmond led Destrehan. Vicknair went 3-for-5 with a run scored, while Ocmond went 2-for-5 with three RBIs.

Ocmond’s first inning RBI single plated Vicknair to give Destrehan (2-1) an early 1-0 lead. Bruce’s sacrifice fly to left field pulled Hahnville into a 1-1 tie in the bottom half of the first.

Chelsea Franck drove in a second Destrehan run in the second inning on a fielder’s choice. In the top of the fifth, Destrehan extended the lead on a two-RBI single by Ocmond, following a single by Oubre and a double by Franck.

“Any time you fall behind a pitcher like Tyler, it’s cause for concern,” said Nugent. “You just have to have faith you can come out and put something together. I was proud that we fell behind a couple of times and were able to come out and answer quickly.”

For Hahnville, it was a much needed win after what was a brutal start to the season against several top contenders. Destrehan carries high expectations into the season and represents a big win for the Tigers, while teams like Northshore, St. Amant, Sam Houston and Barbe are among the state’s heaviest hitters as well.

“Combined, those teams probably win 120 games … we’ve taken our lumps,” Nugent said. “We schedule tough because it’s one thing to be young and promising, and another to know what you need to improve upon. We’re learning a lot about ourselves right now against some of the very best.”

Joyann Maddox of Paradis couldn’t contain her thankfulness and excitement as she talked about the ramp that was recently installed at her home. […]