Finding events and activities that can appeal to all ages is the name of the game during the holiday season, as families come together to celebrate. On Dec. 7, the Lafon Performing Arts Center in Luling plays host to a show aiming —and has, in many ways, been engineered – to provide exactly that.

That day will see two performances of A Very Electric Christmas showcased on stage. The annual Christmas theatrical show is put on by Lightwire Theater, a New Orleans based company that creates electroluminescent stage shows featuring, quite literally, colorful characters in the form of neon puppet creatures. The performances will take place at 2 p.m. and 7 p.m.

Lightwire’s specialty comes through communicating through movements and music rather than through spoken lines, allowing for an experience that can entertain children young and old, along with their parents and grandparents.

“One of the special things about our company is we’re able to communicate effectively without words,” said Lightwire’s Liz Blanco. “We’ve had children as young as six months old in our audience, whose parents say they were enraptured the entire time. It engages the whole family … I think it transcends age, language and even cultural barriers.”

Blanco theorized that beyond the colorful, and often spectacular, lights display on stage, the 10-year old company developed that skill from its birth when it was founded by ballet dancers. 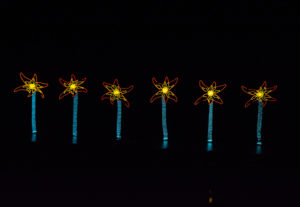 “They studied in the art of communicating and telling a story through physicality and not through words or lyrics,” she said.

The show tells the story of Max, a baby bird flying to New Orleans along with his parents for Christmas. On their way, they’re caught in a snowstorm and Max is blown off course. He ends up alone and lost at the North Pole. His quest to find his parents is full of obstacles, not the least of which comes in the form of the show’s antagonist, the evil Rat King. Along the way he encounters caroling worms, dancing poinsettias, Nutcracker soldiers and mischievous mice.

The show takes place in total darkness, save for the electroluminescent wires adorning the character costumes to create the “glow in the dark” effect.

“We use a lot of fun music,” Blanco said. “We had a lot of fun creating the score for this one. (The characters) vary from birds to little , funny worms, to a giant rat that’s big and scary. We have a couple of splash effects, a strobe effect … it’s definitely a spectacle.”

Tickets may be purchased online at lafonartscenter.org or at the Lafon Center’s box office. 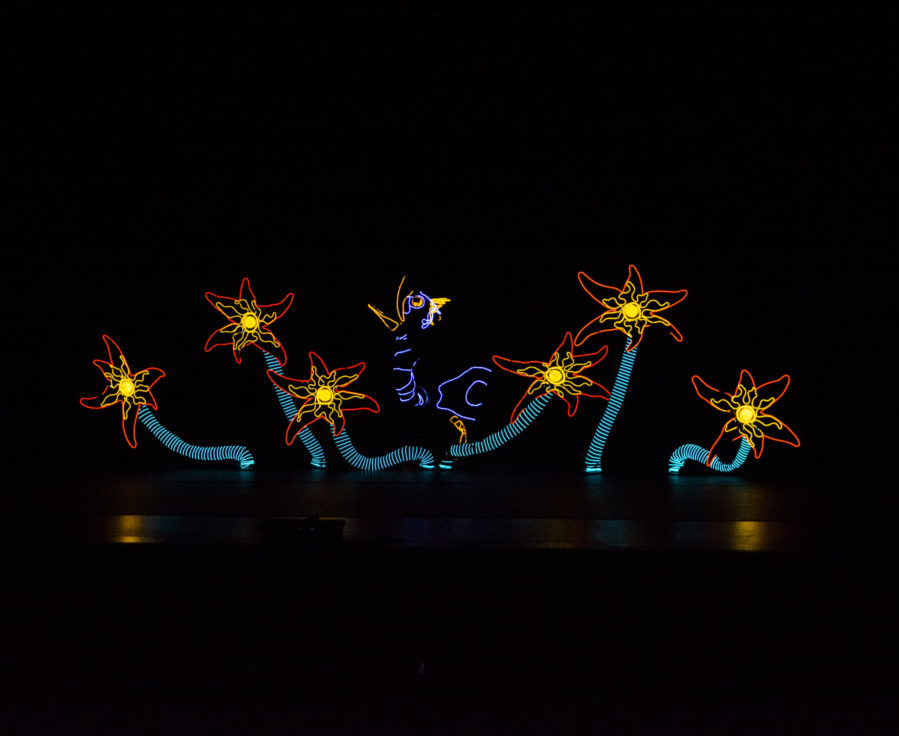