Through the Luling center, she recently began holding “mini-camps” during holiday week events where children are out of school to give parents a low-cost option for their children to enjoy the center’s many activities, games and each other’s company during traditional school hours.

The last two mini-camps were held Thanksgiving week and for two weeks during Christmas time. The next is scheduled to be held Mardi Gras week (Feb. 12-16), from 7 a.m. to 6 p.m. and on Easter week (April 2-6) at the same times.

“When school’s out, parents can’t take that much vacation time, obviously,” Bercegeay said. “During these holiday breaks, it can be difficult.”

She opened the activities center in the summer of 2017, aimed at providing activities, socialization and fun for individuals with special needs. The center includes arcade and board games, Nintendo Wii, movies, books, a sensory room, and an arts and crafts room, many of those items purchased by Bercegeay herself over the years. 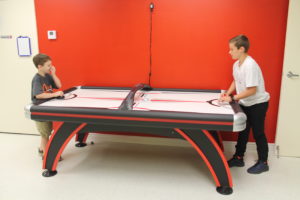 Bercegeay was inspired to open the center after years of volunteering with those with special needs, including coaching multiple sports with the Special Olympics.

From her interaction with the families of people with special needs, she began to see a need for a place where, for example, parents could bring a their child to stay while they were at work, without having to be concerned about their child being bullied, neglected or otherwise not properly cared for. She says many with special needs are limited by where they are able to go and that it can lead to them staying secluded in their homes.

Though the center’s opening came with those with special needs in mind, Bercegeay said the center as well as the camps are open to anyone.

“For (children to be around those with special needs in an inclusive setting) is a purpose we have, as well,” Bercegeay said. “It changes them.”

In addition to the variety of games available at the center, the camp will include organized team play for different competitions (air hockey, bowling and basketball for example), crafting, rock painting, movie viewings, bingo and, pending weather, outside activities. One might expect holiday specific themed activities as well, as was the case during Thanksgiving and Christmas.

“They all made Christmas cookies for Santa, though I’m not sure how many of those made it to him,” Bercegeay said with a chuckle.

Her goal is for the center to eventually be open year-round, particularly when school’s out, as currently the center is open regularly but with limited hours.

Plans are for the center to have a full summer of camps from the end of school until when it begins again.

Another project is the upcoming “Run for the Angels 5K and Fun Fest,” which will raise money for the center, specifically with the addition of a mini-splash park in mind.

The event will include the race, raffles, a 10K bike ride and an Easter egg hunt. 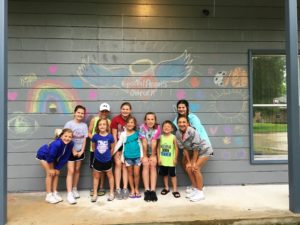 Hahnville gets its feet wet with preseason scrimmage

It was damp and dreary at Tiger Stadium in Boutte Saturday, but one would never have known it judging by the players on the field during Hahnville’s intrasquad scrimmage. […]

The St. Charles Parish Sheriff’s Office announced on its Facebook page this afternoon that authorities are currently investigating a double shooting that occurred on Gassen Street in Luling. […]

One Luling resident’s love of cooking has inspired him to spice things up in kitchens all over the world. […]

by Majoria's Supermarket - 3 days ago