Earlier this year, Michael Love called the possibility of traveling to Berlin to compete in the Special Olympic World Games a dream he hoped would soon become reality.

Love, who captured silver and bronze medals at the 2022 Special Olympics USA Games in Orlando, has indeed been selected to compete at the 2023 World Games, where he will be the lone athlete from Louisiana competing and one of just nine swimmers nationwide who will be making the trip.

“I was ecstatic,” said Love about hearing the news. “I just never thought it would be me, but it was. I was the one who got picked.”

The Special Olympics World Games take place every two years and alternate between Summer and Winter Games, a schedule similar to the Olympics and Paralympics. Attracting as many as 350,000 volunteers and coaches, plus several thousands of athletes, these World Games can be the world’s largest sporting event of the year. The World Games feature more than a week of competitions involving thousands of athletes. Through media coverage of the Games, the stories and achievements of children and adults with intellectual disabilities are made known to millions of people worldwide.

Michael’s mother Connie said she and her husband cried tears of joy when the family got the call.

“It was amazing. You’re seeing all his hard work, his dreams, everything you’ve seen over the years, going to his swim meets and all these hours he’s spent in the pool, and it all leads him to this. We were speechless,” Connie said.

She and Love’s brother Daniel will be making the trip – Daniel has long been an inspiration for Michael. 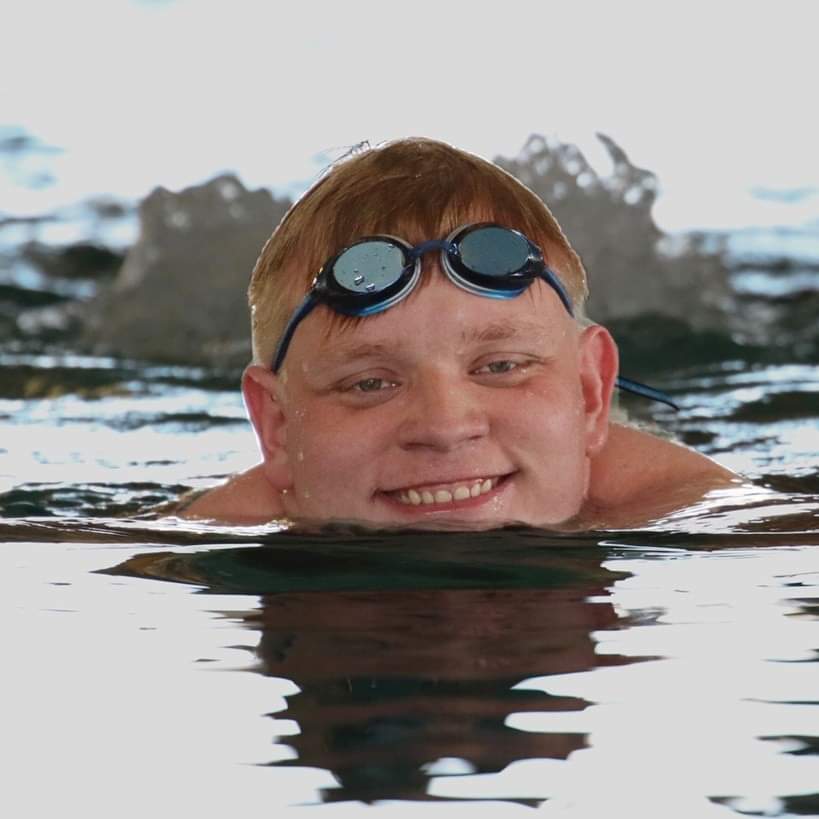 “He talks about how his brother’s his idol,” Connie said. “He’ll say, ‘My brother always said that ‘if I can do it, you can do it.’”

Daniel is a very accomplished wrestler and his success on the mat is one thing that’s spurred Love to become highly proficient in the pool.

“Daniel motivates him and pushes him,” Connie said.

In Orlando, Love and his seven swim teammates were part of a collection of 58 Louisiana athletes competing in the games from June 6 to 11. 5,500 athletes in all took part in this year’s games, drawing competitors from all 50 states and the Caribbean.

Love took silver in the 4×50 yard free relay and bronze in the 50-yard butterfly. He also took fourth place in the 100-yard freestyle – despite competing while feeling under the weather that day.

The difference between Love and the 4×50 relay champion was approximately a 100th of a second.

“It felt amazing,” Love said. “The entire experience was amazing. I made some friends from Hawaii, Texas, Nevada … meeting new people was exciting. I was ready to go there, and ready to fight, but also kept an open mind to meeting new people. And it was a blast.

The time trials for Berlin take place later this month in San Antonio. The preparation for that – and for next year’s games – have begun already.

“He swims five days a week at a minimum of two hours a day,” Connie said. “And he’s a college freshman now at Delgado, not in high school anymore (so he’s dealing with a time crunch). He works out two days a week at the gym and five in the pool.”

Love is dieting to lose weight and increase his speed.

“All of his focus is on school and on swimming,” Connie said.

Love said he used Berlin as a motivator during the USA Games.

Love was diagnosed with autism as a young child. He was non-verbal until he was approximately 5, but has come so far since then – he now does public speaking and advocates for people with intellectual disabilities. He began swimming with the local chapter of the Special Olympics program at the age of 6, and by 8 he was competing.

He’s very much looking forward to next summer.

“Just seeing the environment out there … I can’t wait to go,” he said.