St. Charles Parish public schools would be completely desegregated by the end of the 1960s, but while plans and preparations by the school district were made throughout the decade to make that a reality, a group of students had to have the bravery to be among the first to cross the color barrier.

Last week, the parish’s school district highlighted those history-makers as it premiered Trailblazers, a documentary spotlighting the desegregation St. Charles’ public schools in 1965 and specifically highlighting students who volunteered to be the first to integrate in the midst of the Civil Rights Movement.  The premiere took place Wednesday at the Rodney R. Lafon Performing Arts Center. The short film includes interviews with a number of those students as well as school employees of the time.

“The documentary is an attempt on the part of the board to recognize those youngsters back in 1965 who were the first to integrate public schools here in St. Charles Parish. They have never been recognized and we felt it was only right to do so,” said St. Charles Parish School Board representative John Smith. 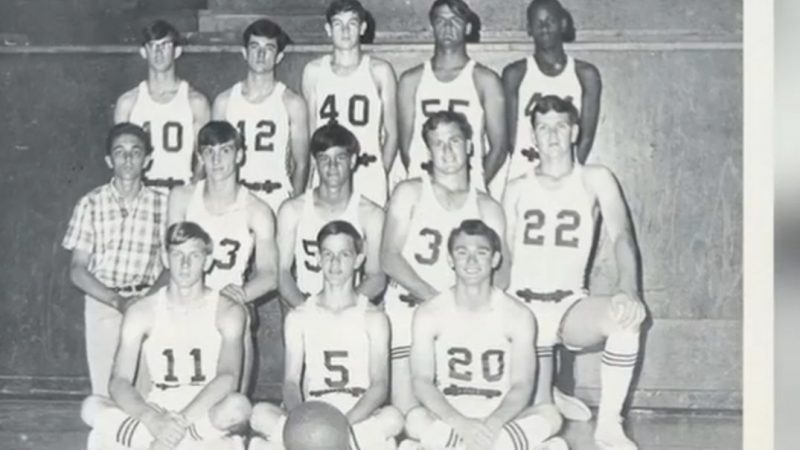 Smith said the decision made by those students brought on difficult consequences at the time that they bravely endured. Being the first students to exert Freedom of Choice and attend formerly all-white schools brought on threats, insults and other difficult treatment.

“Not only them, but also their parents,” Smith said. “They had to withstand that and for those students who volunteered to go, their choice would ultimately make everything so much better for everyone who came after – the school system is a lot better off, the parish is a lot better off. Prior to 1965, black youngsters did not have a high school or junior high school to attend here. If they wanted to pursue educational opportunities beyond the sixth grade, they had to leave for New Orleans, Kenner, find those opportunities elsewhere.”

The documentary is available for viewing at https://youtu.be/xKausU63AwU, and current and future students will have access to archived, full-length versions of each interview from the documentary.

Ulysses Frontha, a former Destrehan High School student and teacher, approached School Board Member Ellis Alexander several years ago with the idea of recognizing the first African-American students who volunteered to attend previously all-white schools in St. Charles Parish, as many local individuals had no idea of the history of African-American students in regards to local education. Alexander requested a school system committee to be formed to develop plans for a celebration, but the celebration was delayed by several years due to Covid and Hurricane Ida. The committee determined a video was needed to be able to tell the stories of these students – a documentary which current and future students and the general public would be able to view and learn from regarding the school system’s past and how it has led the system to where it is today.

In the early 1960s, the St. Charles Parish school system began to plan for desegregation of public schools. The voluntary integration of schools began in 1965–66, but it was not until 1969 that total integration of all schools occurred.

In 1965, parents of black children received forms allowing them to transfer their children to any school in the parish, an integration plan known as Freedom of Choice. Approximately 43 black students transferred to previously all-white schools in 1965.

In May of 1966, St. Charles Parish was one of just five parishes to voluntary sign integration compliance agreements.

“St. Charles was among the first districts in the state to go with Freedom of Choice,” Smith said. “And look at the results … when you think of all the wasted talent we had here during that time before integration, and since then we have youngsters in our state who are Rhodes Scholars, who go to prestigious universities throughout the country – Harvard, Yale. We have students who have gone on to excel in the arts, excel in athletics – if you watched on Sunday, you saw Justin Jefferson show he’s the No. 1 receiver (in the NFL) … just every field and endeavor.

“And that all goes back to the contributions these young people made.”

*SCPhistory.org provided background for this story.