Glenn Taylor didn’t grow up in St. Charles Parish prior to arriving at Destrehan High School, or in Louisiana at all for that matter.

In fact, when the prospect of moving from his then-Las Vegas home first arose, he wanted no part of it. But that was then, this is now, and Taylor couldn’t be happier that life took him on this path.

“It’s been such a great experience,” Taylor said. “I love this city, and I love the people, the culture … looking back, I wasn’t wanting that change, but now, I’m so happy it did.” 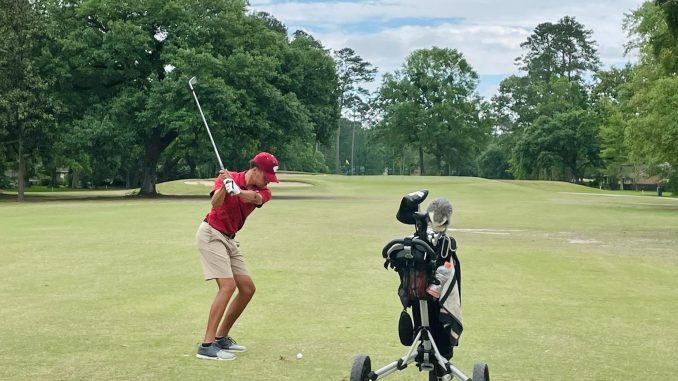 Taylor certainly has made the most of his time walking the Destrehan High School halls. He was a member of Beta, Interact, the Fellowship of Christian Students, Calendar Committee and the Superintendent’s Student Advisory Board. He earned Posse and AP Scholarship honors, was four-time honor roll, a Student of the Year nominee, School Board prayer leader and was voted Destrehan’s Most Polite student. Athletically, he has been on the DHS basketball team, and as a senior, he was captain of the Destrehan golf team.

“When I got here, I wasn’t like the other students who have been here all their lives and grew up together,” Taylor said. “I didn’t have a lot of friends, necessarily. So, I made a point to make good personal relationships wherever I could while I was at school.”

One of his activities became far more of a passion than Taylor could have imagined prior to trying it out: golf. His decision to take up the sport, Taylor said, was among the best he’s ever made.

“Oh, my goodness, it opened up so much for me … I learned so much about myself as a person through the game of golf,” said Taylor. “My uncle is the Superintendent of English Turn, and he said, ‘Hey, you should try it out.’ So, I did, and I loved it … not just the sport, but everything that came with it. The ambiance of being in nature, the relationships you build.

“It’s the only time you can really get away. Everything you’re worried about before, you can forget all about it … it’s an escape.”

He noted Destrehan golf head coach Paul Waguespack has not only been a mentor in the game for Taylor, but a friend. 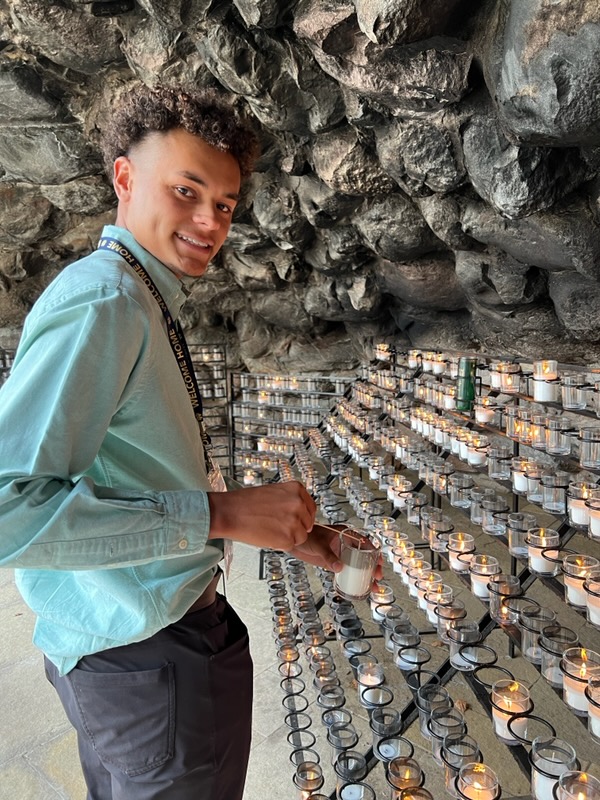 For Taylor, golf was a means to learn self-discipline – “I never realized I lacked until I started playing golf” – and resilience. The physical and technical aspects of the sport are only the beginning.

“This sport will break you down,” Taylor said. “You can hit a good shot, and the next 10 shots you hit might be horrible. And in that span of 10 shots, it really reveals who you are as a player. Do you have the discipline to lock in and keep going, or are you going to give up and be done for?

“That right there is something you can apply to life. You will get knocked down. You’ll have bad breaks in life. But do you let that determine your future? You just have to move on, to the next hole, or to your next chance.”

Taylor is also a selfless giver. With First Baptist of New Orleans church, he’s helped with food drives, community events and fundraisers. He said giving his time to helping with his church community became more important to him after going on a youth mission trip, when he said he fell in love with the church and found a purpose with them.

“Serving through faith, I think it’s so powerful,” he said.

His next step takes him to the University of Notre Dame, where he will study finance or economics – Taylor is weighing his options between the two. He also plans to minor in real estate development.

Whether it’s on the golf course or in the classroom, Taylor said he’s learned in life that forming and sustaining positive habits is a key to success, and he calls to a quote by author James Clear to crystalize that point.