It’s been a formula that led Destrehan to great success in the past several seasons, including a trip to the Class 5A state semifinals last season in head coach Marcus Scott’s first season with the program. Lee, along with fellow rushers Trey Nixon, Patrick LeBranch and Brandon Freeman, controlled the offensive flow on the ground, particularly in the timed quarter portion of a scrimmage that also involved sets with a pre-determined number of plays between the first and second teams for each squad.

“The energy was amazing tonight,” Lee said. “We practiced all week for this moment. All of us have been getting at each other.”

Destrehan edged Ehret 10-7 in the timed quarter and outscored the Patriots 14-7 in the set portion of the scrimmage.

Defensively, Destrehan looked ready to force more turnovers in 2021, with three interceptions on the night: Kevin Adams, Anthony Robinson and Tai Terrell each earned pickoffs. Ehret found success other times, however, particularly through the efforts of top receiver Zavion Thomas, who hauled in a 65-yard touchdown in the set portion and then a 70-yard touchdown in the quarter, the first a deep bomb over the top and the second a catch and run after Thomas broke a tackle. Both touchdowns came off connections with quarterback Royal Falgout.

“I thought the effort was there,” said Scott. “We have to make sure we have the right amount of concentration, especially with Zavion Thomas out there. He’s one of the best players in the state and he’s going to do that to a whole lot of people. It wasn’t a gameplan situation and we wanted to see that, have our guys learn and see the film on playing these really good players. The guys at Ehret do a really good job and that’s why we schedule this scrimmage every year.”

DHS kicker Will Bryant broke a 7-7 tie in the timed quarter with 25 seconds left to earn the Wildcats the unofficial win for the night. Nixon and Freeman combined to rush for 37 yards on six carries on the drive.

Lee scored the first touchdown of the quarter on a 21-yard touchdown, capping a nine-play 69-yard drive. Lee, quarterback Jai Eugene and LeBranch combined to rush for 58 yards on the drive, with Eugene connecting with Robinson to convert a 4th down on the drive.

In set plays, Destrehan and Ehret’s first teams each scored a touchdown, Ehret on the aforementioned Thomas catch and DHS on a screen pass from Eugene to Lee for a 25-yard touchdown. The latter was set up by a big gain on a jet sweep to Nixon. 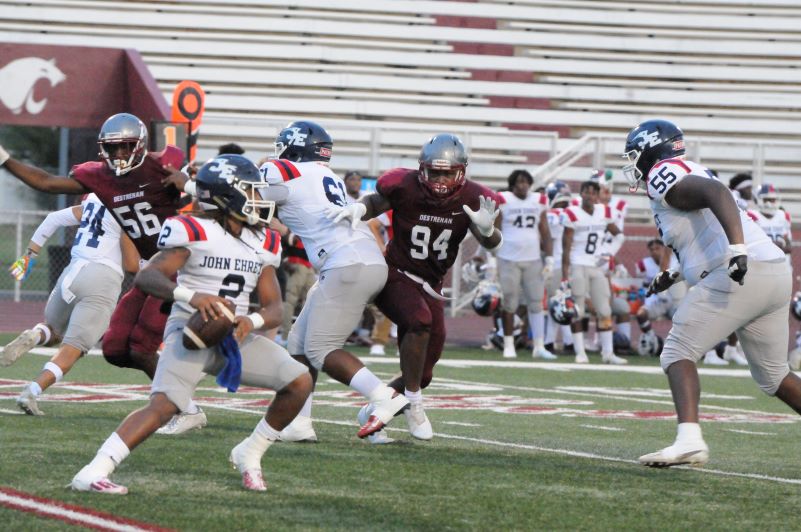 The second team scored for Destrehan off a pass from Patrick McNulty to Damion Young for a 50-yard touchdown, in which Young broke through a tackle attempt and raced the rest of the way.

Destrehan’s lone turnover came on a deep pass by Eugene that was intercepted by Ehret’s Wardell Mack in one of the evening’s highlight plays: Mack caught the ball with one hand while falling back to the turf. 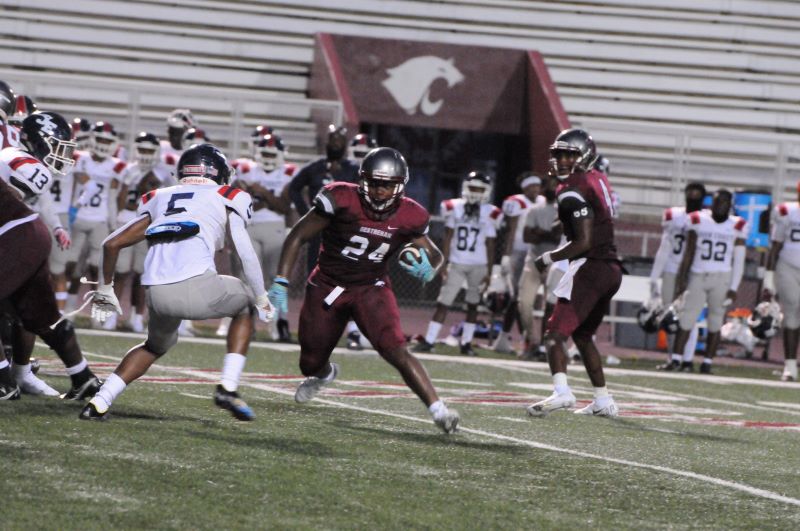 That play came on a fourth down, and otherwise Scott felt like Eugene and fellow passer Ross Rogan did their job. In this offense, that position’s top priority is taking care of the football.

“They made one great play on a fourth down, and credit to the defender. It was kind of like a punt in that spot,” Scott said. “The main thing is not turning it over, and both guys took good care of it tonight.” 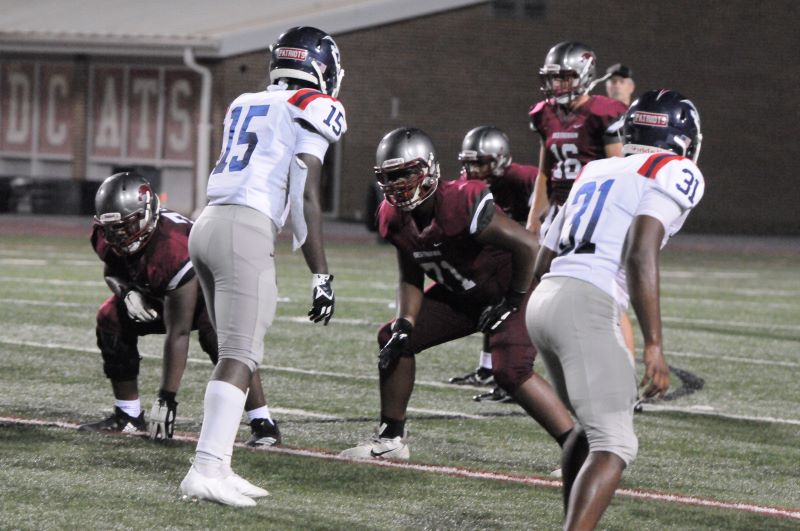 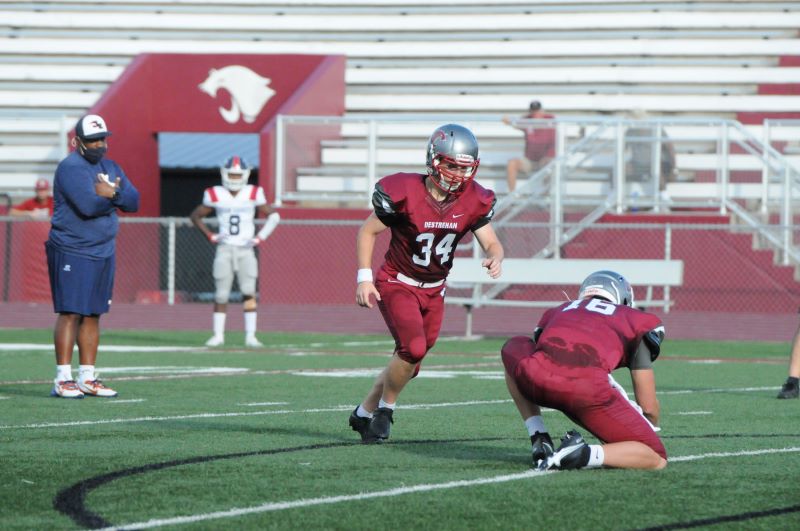