LaRon Byrd looked around the field at Hahnville High’s Tiger Stadium, and it gave him energy.

96 kids were in attendance last Wednesday at the school’s Future Tigers – More Than Athletics camp, and so was Byrd, the former NFL and Miami Hurricanes wide receiver and proud HHS alum. Byrd pointed to other former Tiger alums and prep football greats working out on the field with the young athletes in attendance and got excited about all of it all over again.

“The energy is picking up,” Byrd said with a smile. “I know Coach (Daniel) Luquet has emphasized the only way to get (Hahnville football) back to where it was is to get the culture back. This is all about the River Parishes.”

Byrd’s More Than Athletics team is newly established, but he has big dreams for it. The group has a training facility off Hwy. 90, but in tandem with that, it is partnering with the St. Charles Parish school system to offer educational services, like math tutoring, ACT and SAT prep and STEM education.

“A lot of these kids may only care about football, so let’s get them out here first, but also (the athletes) get over there with a little STEM table too,” Byrd said. “Let’s go learn a little bit about nutrition on top of that. The community has been amazing and are supporting it. I’m really excited about the launch.” 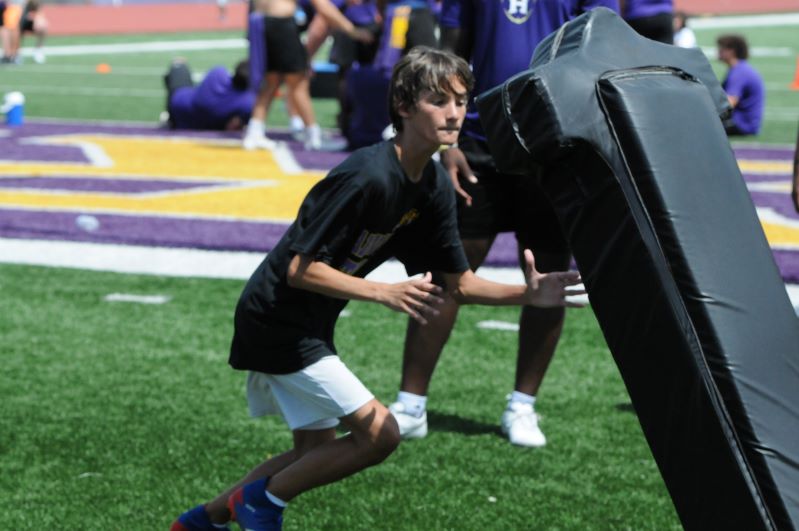 Byrd has been involved with several projects aimed at giving back to the home community he holds dear. Through this venture, he sees a chance to help youths in a way his own mentors helped him.

Ed Reed – whose own camp was set to kick off at Destrehan a day later – was one such mentor he noted.

“When I was getting into the game, he really helped me out, taught me financial literacy, living within your means and how to save … I was blessed,” Byrd said. “So, I feel like if having that support helped me get this far, what if we can catch these kids at 5 years old, 7 years old … the potential is limitless.”

After dazzling as a two-way player at Hahnville – as a senior he hauled in 13 touchdowns on offense and intercepting three passes on defense – he had a standout career as a wide receiver at the University of Miami. The 6-foot-4 pass catcher went undrafted, but played for several years and a number of teams over a six-year career, his first with the Arizona Cardinals. Byrd retired at the age of 29, with an eye on preserving his health.

“I thought I’d play football for 30 years, man,” Byrd said. “Be a Hall of Famer and all of it … I had the opportunity to play in the league for six years, though. At 29, I retired, and at that point you just think, ‘What’s next?’ And here’s a chance to not only provide these kids some exposure, but also educate them, prepare them … it’s just a total win.”