East St. John scored on its opening possession on Friday night and had the home crowd at Joe Keller Memorial Stadium rocking as an inspired half of play had Destrehan on the ropes.

But Destrehan was merely wounded and not finished off, and in the second half, a different team emerged and asserted dominance.

DHS outscored ESJ 28-0 after halftime and took sole possession of first place in District 7-5A with a 31-12 victory on the road over its River Region rival.

“We were on the road, the kids were resilient in a hostile environment,” said Destrehan head coach Marcus Scott. “I thought we adjusted at halftime and settled down and played to our strengths.”

It was the fourth consecutive victory for Destrehan (4-1, 3-0) and it came via a familiar formula, one that carried DHS to the Superdome a season ago: great defense, a powerful running game, strong special teams and timely strikes in the passing attack.

“We’re really proud of our guys up front,” Scott said. “We have four new starters up there, and they’ve improved light years from week one to this point.”

East St. John struck first from the DHS 26 yard line, a play action pass from Marcus Jackson to Kylon Harris over the middle to make it 6-0.

Destrehan answered with a 33-yard Will Bryant field goal, the result of a drive Destrehan earlier kept alive via a third and 10 conversion on a screen pass from Jai Eugene to Razan Keller.

East St. John (4-1, 2-1) found the endzone again, though, midway through the second quarter. Jackson had probed the DHS defense a few times looking for a downfield shot play throughout the first half, and this time he had one: a 42-yard contested catch for a score by Travis Turner down the left sideline to make it 12-3 with 5:32 left in the first half.

That score held for awhile, but East St. John had a strong opportunity to take a commanding lead into halftime when its defense recovered a Destrehan fumbled snap just 43 seconds later in DHS territory. ESJ moved the ball to the DHS 31, where it faced a fourth and one, but the Wildcats secured a big stop to take the ball back on downs. 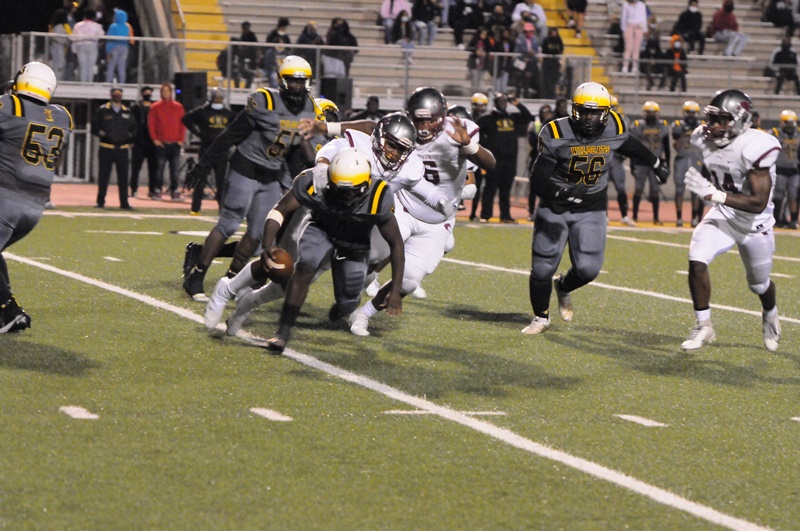 The next score wouldn’t come until the 4:04 mark of the third quarter, when Keller broke loose for a 54-yard touchdown down the left sideline to make it 12-10, and give DHS new life.

“We weren’t connecting at all in the first half. Then we came together as a group at halftime, we started seeing what we needed to get together, started being more focused and got that mentality we needed to win,” said Keller. “These are both great teams and we put up a great fight … this really built up as one of our biggest games of the year, so we knew we had to come out and win.”

Destrehan took the lead on a 13-yard scoring run by Shane Lee, making it 17-12 just before the start of the fourth quarter.

With 6:59 left in the game, it was the passing game producing the next points, as Jai Eugene connected with Calvin Bullock on a 29-yard pitch and catch that made it a 24-12 DHS advantage.

Another stop by the Destrehan defense – DHS had strong starting field position throughout the second half thanks to several key stops deep in ESJ territory, as well as some kicking game and penalty issues for the home team – gave Destrehan the opportunity to finish things off, which is exactly what it did when Lee shot into the endzone for his second score of the night, making it 31-12.

Scott praised the resiliency of his team, noting as much as it struggled in the first half, its ability to respond and turn things around showed a lot about his players and staff.

“That’s life,” said Scott. “We talk about it all the time. Things are gonna go wrong in your life, you have to be able to step back, look at what you did wrong, make the adjustment and be better.” 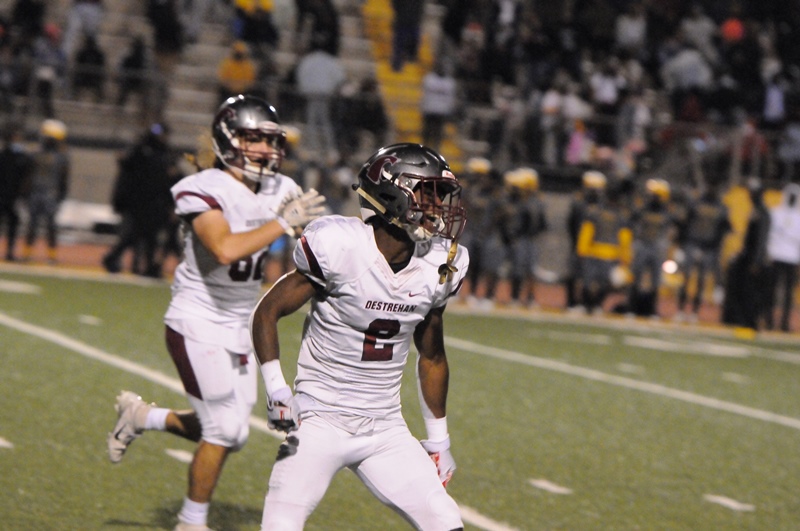 After weeks in the – quite literal – dark over when their season would start, the Destrehan Ladycats learned they’d be returning to action at the Brusly volleyball tournament.  […]

“Being a Cajun woman, I knew the best way to say thank you was to feed them.” Shelley Berthelot Villeret of Montz said she was mentally prepared for an electricity restoration date of Sept. 29, […]

Des Allemands mother of five cooks, opens up donation station for the community

Jerri Lynn Cooper and her family evacuated from their Des Allemands home for Hurricane Ida, but Jerri Lynn said she couldn’t stay away for too long. Ever since she’s been back, the mother of five […]