As LSU prepares to begin NCAA Tournament play at the Eugene, Oregon regional on Friday, Landon Marceaux will garner the same role he was accustomed to just a few years ago with the Destrehan Wildcats: staff ace.

If the Tigers are to send retiring head coach Paul Mainieri off in style this season, with a deep postseason run, there’s little doubt Marceaux will be a critical ingredient toward making it happen. LSU has the second youngest roster in the Southeastern Conference, and its pitching staff has been damaged by injury, but the right-hander has been a rock for the team all season long and among a group of standouts who willed the Tigers into the NCAA tourney field as one of the last at-large selections.

To reach the Super Regionals, LSU must win at least three games over the next few days. The Tigers begin play against Gonzaga Friday at 9 p.m. after going 34-22 this season.

Regardless of what happens in Oregon, however, 2021 will go down as Marceaux’s signature season with the Tigers.

The junior emerged as the team’s ace, finishing fourth in the Southeastern Conference in ERA (2.26) while leading the league in innings pitched (91.2) and placing fifth in strikeouts (107). At one point this season, he went 33.2 innings without allowing an earned run. He’s posted a WHIP of 1.09 and has a 6-5 record on the mound.

At 6’0 and 179 lbs., it’s not his size that’s imposing on the mound, but his competitiveness and command over a deep arsenal of pitches – and likewise, it’s why Marceaux is a hot prospect for the MLB Draft.

At Destrehan, Marceaux was a terror for opposing lineups. His ERA was just a shade over 1.00 for his career at the school. The was named District 7-5A Pitcher of the Year after a dominating senior campaign. As a junior, he posted a microscopic WHIP (walks and hits per inning pitched) of 0.76, and an ERA of 1.56. He was a two-time All-State selection. As a sophomore, he set the school’s all-time record for ERA in a season with a mark of 0.64 in 2016.

Marceaux also earned a gold medal as a member of the Team USA 18U National Team, selected as one of the nation’s 20 best players.

He was drafted in the 37th round of the 2018 MLB Draft but elected to fulfill his commitment to LSU. Next time around, that selection is expected to be much higher.

Destrehan head baseball coach Chris Mire, following Marceaux’s signing with LSU during his senior year: “I asked someone where he was going and they told me he was headed to Destrehan. I said, ‘Thank goodness’ … It’s rare to see a guy who can do what he does at such a high level at a young age. He came into high school with a ridiculous understanding of what it took to be a pitcher at this level. He just goes out, understands when he needs to pace himself and when he needs bump it up a little bit and kick it into high gear.”

MLB.com draft outlook: “One of the more advanced high school arms in the 2018 high school class, but he had a fringy fastball and lacked projection so teams weren’t willing enough to pay him enough to divert him from his LSU commitment … three years later, he still exudes pitchability (though) he lacks ‘wow’ velocity, and this time around he should go around the third or fourth round … best pitch is still a solid upper 70s curveball with downhill break …. he’s added tick or two of velocity to his fastball, which sits around 92 miles per hour, touches 94, plays up because of running action and his ability to command it … he also has a low 80s slider that’s sometimes more effective than his curve and a fading changeup with similar velocity … A student of the game, Marceaux understands how to tunnel sequences to keep hitters off balance … a high floor prospect with a chance to become a No. 4 or 5 starter and perhaps more than that if he can find more velocity as a pro.” 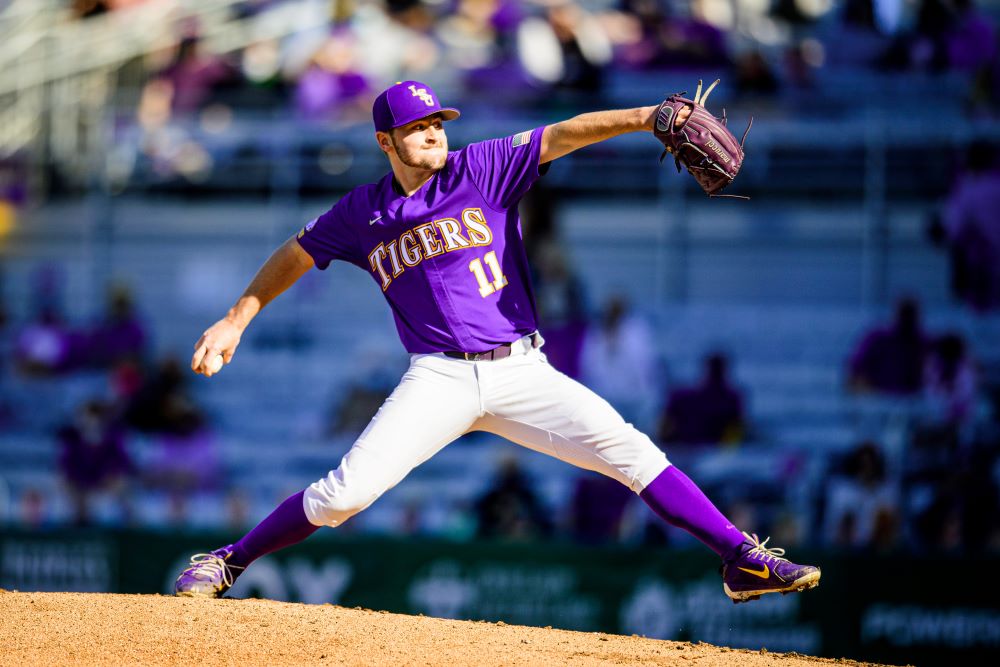 Former DHS passer came through for Nicholls in 2021

Some things never seem to change. […]

After her doctor strongly suggested she find a living kidney donor, Sharon Robert had a simple response. […]

Wanda Mae Neff Allen, born on February 20, 1966, died peacefully on January 4, 2022. Originally from Allentown, Pennsylvania, she lived in Hahnville, Louisiana for the past 45 years. Visitation will be from 5:00 pm […]