Their motto is “Your pace or mine, any pace is fine!”

And they mean it.

Pacers Fitness is an informal group of runners, walkers and cyclists training, and having fun, together in Luling.

“There were a couple of us who used to run around the track at Bridge Park and then see each other at the road races,” said group founder Sandy Johnson. “From there, we decided to form a track club. Our oldest member is 93 and the youngest is about 3 months old.”

Founded in 2009, Johnson said the group has tripled in membership to nearly 100 members in the last year from mostly St. Charles Parish, but some from Kenner, too. Their Wednesday 5 p.m. meetings average nearly 20 members and they meet at the gazebo at West Bank Bridge Park.

“We’re real family oriented,” she said. “We made a lot of friends and do activities together outside the office. On occasion, we have a pizza party and margaritas in lieu of running. We’ve all become really great friends.”

Pacers members train for upcoming road races, marathons or biking events, she said. Some use the bike paths and others compete in marathons to benefit MS (multiple sclerosis) and other causes throughout the state and year. Training is adjusted so children can participate, too.

“We’re very diversified,” Johnson said. “We’re not all the same.”

Some members like to eat and drink as well as work out or just have snacks and cocktails so the Pacers is an opportunity to exercise, as well as socialize.

A little over three years ago, she joined the group with her grandparents. She also brought along her oldest child, who was only two months old at the time.

“It’s like a big family,” Pigford said. “You can go out there and do whatever you want.”

Members can use the walking trail at the park or levee trail and its steps and ramps. There are members who are hardcore runners and others who just walk or run, and then there are those who ride their bikes. Pigford’s own sons ride in a double-stroller and walk a portion of the trail.

“Everyone brings a snack and drinks,” she said. “And everyone loves the kids. Everybody watches out for each other’s kids while we walk. You feel so close and connected with everybody, but you can still get your exercise.”

They also have family outings and do holiday celebrations, as well as cakes for birthdays, Pigford said.

“We just make it special,” she said. “These are people you want to be with.” 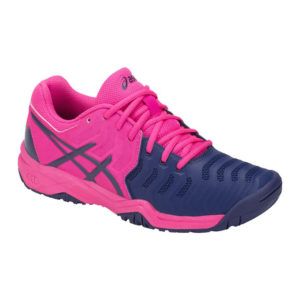 “COVID doesn’t discriminate,” Jaime Hall said. “This is what it can do to someone’s family.” […]

Tourney honors memory of outdoorsman who passed away at 45

The 3rd annual Tony Waguespack Memorial Catfish Jugline Jamboree will be held later this month, and Steve Dufrene said the event is a perfectly fitting tribute to a friend gone too soon. […]