At this point in the year, the demand for crawfish is seemingly as high as it’s ever been locally, likely aided by the New Orleans Saints deep playoff run — and with Super Bowl Sunday approaching, that demand isn’t likely to dwindle.

But that high demand follows weeks of cold weather that, as was the case last year, has left the supply of crawfish waning and the price relatively high.

“Everyone’s asking for live (crawfish) for the weekend … the catch has been driven down by the cold and I think (the price) is just due to the market right now,” said Erik Donnaud of the Seafood Pot last week, prior to the Saints/Rams NFC Championship game. “I think the Saints have a lot to do with it … people are willing to pay more to get crawfish so they can have them and watch the game. Fishermen know that, so we’ve gotta pay what we gotta pay to get ‘em.”

Donnaud said the price of live crawfish is a bit up from last year at this time, $4.99 per pound for live and $6.49 for boiled currently, which he estimates is about a difference of 50 cents.

“It’s a very limited supply right now,” said Donnaud, who joked about the number of requests for crawfish by noting, “Everyone’s my friend when we roll into crawfish season. People have been wanting ‘em, trying to get their first taste of the year.”

“Everyone’s my friend when we roll into crawfish season. People have been wanting ‘em, trying to get their first taste of the year” – Erik Donnaud

In January of 2017, a plentiful crawfish crop propelled a live crawfish price of about $2.50 per pound.

While the demand for crawfish outside of the area and out of state has grown in recent years, Donnaud said meeting that local demand has been the current priority.

Donnaud added the supply has been getting better in recent days, and he believes it will be a good year for crawfish. He thinks we’ll now start to see the season truly meet its potential.

“We’ve had them since late November, but I wouldn’t say the season really starts until late January and runs all the way through to July,” he said, adding the peak season is from February to the end of May.

“That’s when crawfish is at its best and is cheapest,” he said. 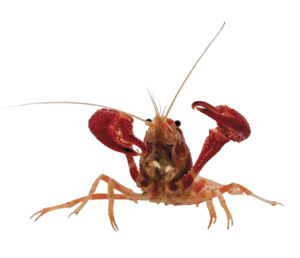