“The secret roux in all this is the people here and their commitment and capabilities,” Woltjen said. “That’s what makes this place special. In terms of being a plant manager, who wouldn’t want that deal, right? To have a site and have the opportunity to lead people like that … this has been an absolute highlight of my career to come here and provide leadership for this site, and be part of the history of this place.”

Pointing to the photographs of the site’s general managers in the hallway, Woltjen called it an honor to have his photo there, too.

Shell’s 1,000-acre complex and the community of Norco share an intimate history.

A maze of silver and white plant pipelines woven into the community itself is testimony to the area’s symbiotic relationship with industry petrochemical giants like Shell in the River Region.

In 1916, the New Orleans Refining Company purchased 366 acres of sugar cane fields from the Goodhope Plantation in Louisiana to establish a marine petroleum supply terminal. Three years later, construction began on a refinery to process heavy Mexican crude. On May 8, 1920, the first processing unit began operations. As the industry grew in the post-WWI era, so did the community. In 1925, residents adopted the initials of the New Orleans Refining Company (NORCO) as the name of its town. 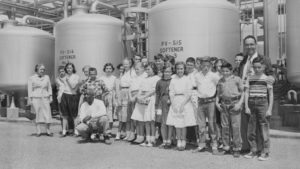 The Shell Petroleum Corporation, forerunner of Shell Oil Company, acquired the Norco Refinery in 1929. In 1955, a nearby chemical plant was added, significantly enhancing the overall production and business scope of the refinery.

Norco residents have recounted the interrelationship with Shell in past years. Since the inception of The Shell Norco endowment foundation and community funds in 2001, some $2,555,062 have been awarded to the community. Grant recipients range from local non-profits to  organizations focused on business development, job creation, workforce skills training and improving the quality of life in the Norco community. 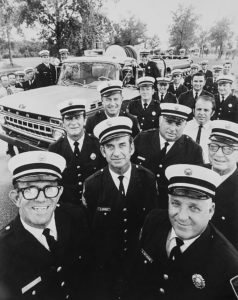 On Saturday, Shell Norco rewarded the community by giving away $20 gas cards and providing free carwashes. On Wednesday, Shell Norco employees were treated to a barbecue lunch and received 90th anniversary gifts.

“We’re excited about being part of this community,” Woltjen said. “We have multi-generations of employees that have worked here and identify with the rich history of this plant.”

Shell Norco employs 1,100 people and averages 1,000 contractors on the site, which Woltjen said are good paying jobs that provide substantial economic stimulus for the area.

“We’ve been here 90 years and our goal is to stay another 90,” Woltjen said. “The plant that is here is not the same plant that was here 90 years ago. We’ve been looking at assets that we have and figuring out how we can improve them in ‘re-lifeing’ them and setting ourselves up for that future.”

Woltjen said Shell Norco has spent  at least $500 million in the last two years to update equipment like the catalytic cracker or what he called “the heart of the refinery.”

Originally from St. Louis, Mi., Woltjen said coming to Norco nearly four years ago has changed his life for the better.

“The people here are absolutely what makes this place special,” he said. “It’s just been fantastic to get to come here, and join this team here and provide a little bit of leadership and be here during a pretty special time setting us up for the future.”