Two sites are being considered for purchase that would provide the community of Norco with its first town square that will include a veterans’ memorial.

“It fills a lot of pride in your community,” said Sal Digirolamo. “When people come into Norco and see a nice memorial for our vets they will think well of our community. It sends a nice message to the rest of the world.”

The 305-member Norco Civic Association (NCA), which has been headed by Digirolamo since it was founded in 1997, is using Norco Economic Development and Norco Community funds for the site. He praised the membership for supporting the move, which has been in discussions for at least three years.

Digirolamo said they’ve approved the land purchase, as well as plans to include a war memorial for the area’s war veterans and getting a historic marker commemorating President Franklin Roosevelt’s 1937 visit to Norco to see the newly completed Bonnet Carre’ Spillway, which is on the National Historic Register as one of the nation’s great engineering projects.

Plans are to buy the site within three to four months, he said.

“I feel good about it. I really do,” he said. “It’s going to instill pride in our community.”

Digirolamo said they are negotiating on two locations that include one near the old Capital One Bank on Apple Street near River Road and the other near the old Sub Express location.

He declined to specify which location until they finalize the purchase.

NCA had been using the former Sub Express location for events like the annual Christmas tree lighting, but Digirolamo said they became concerned about being able to continue using the site so they decided to buy land for the town square.

“I feel good about it. I really do. It’s going to instill pride in our community.” – Sal Digirolamo

“We don’t have to worry about it,” he said of getting a permanent site. “It’ll be ours.”

Now 90 years old, Digirolamo is the last founding member still serving on the NCA, as well as having led it nearly 23 years.

Under his leadership, he has guided the group with his philosophy of “There’s no limit to what you can do if you don’t care about who gets the credit for it.”

He also praised the support of Shell’s foundation providing the funds for Norco revitalization, which has included upgrading the downtown area and supporting programs, and support from Valero.

And now, the town square could serve as a central location for Norco, which Digirolamo said they hope will help revitalize the area, which he said was once a bustling economic hub.

He added, “We have a lot of pride here, but we’ll make them a little prouder.” 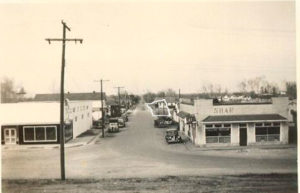 Nadine Madere, 82, a native of Antwerp, Belgium and resident of Luling passed away on Saturday, August 1, 2020. Visitation will be held at Our Lady of the Rosary Church in Hahnville on Thursday, August […]

Keva Peters Jr. saw his interest in film sparked while a student at Destrehan High School, and it didn’t take very long for that spark to create an inferno. […]

While the coronavirus pandemic has brought undoubted catastrophe to businesses both small and large, one local organization is grappling with the next steps to take to ensure doors stay open. […]