Dominique Lousteau’s voice lights up as he speaks about his lifelong love of music, but it falls somber when reflecting on the damage done to the local scene over the past year.

“I hate to see music die,” Lousteau said. “New Orleans used to be so well known for its music … it’s just going away right now, and that’s terrible.”

COVID-19 set many artists back, restricting or outright eliminating their opportunities to perform on stage, earn a living and find their big break for much of the past year. But it’s all only emboldened Lousteau to double down on his passion – and to utilize his skills to provide a unique platform to those who share it.

He is a driving force behind Crescent City Gumbo, a daily show streamed via Facebook that promotes upcoming local musical and live entertainment shows, highlights artists’ works, interviews the performers and even regularly broadcasts live performances.

Those live broadcasts could be from a particular venue Lousteau is visiting on a particular day – or they could come from the garage and backyard of his Norco home, which for awhile represented one of the few landing spots available to put on a live show.

The show did not begin because of COVID – it actually began two years ago – but it was during that time Lousteau dove headfirst into the project. The disabled U.S. Army Veteran has made Crescent City Gumbo his full-time gig since October.

The sole intention of the show’s beginning, he said, is to raise awareness for local entertainment and art. It highlights several artforms, not just music, and part of the desire to launch the idea came from the fact many of his friends were artists in some form or another.

“It came from having the opportunity to see the world through a lot of different eyes and seeing so many people,” Lousteau said. “We started doing interviews at clubs, and then would bring it home,” Lousteau said of the show’s early days. “A friend of mine would cut it up and put it on YouTube … that went OK for a little while, but then we saw how easy it was to go live on Facebook and we went down that avenue.”

Facebook provided the opportunity to grow an audience faster, they found, and indeed the audience grew. Along with it, the show began to grow as well, and sponsors jumped aboard to advertise. His garage studio had very little equipment starting off, and now has a full PA system, lighting and sound board among other amenities. 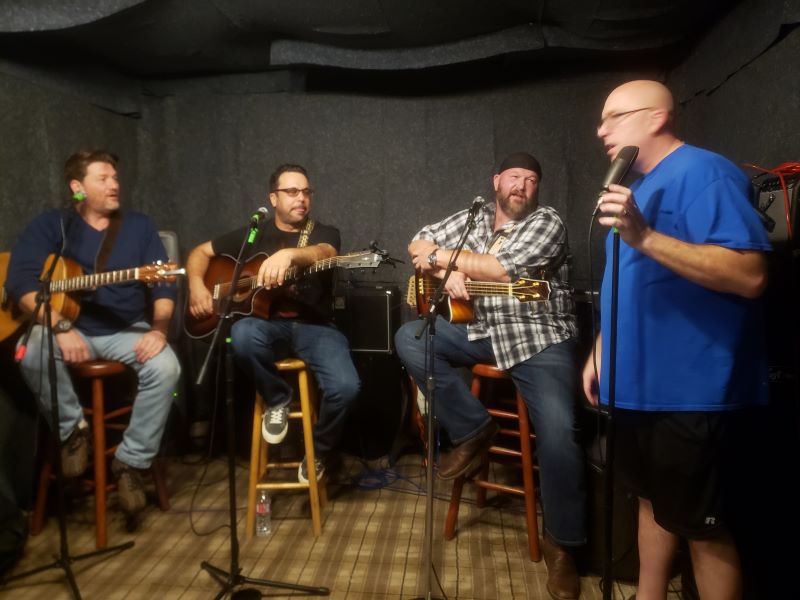 “It’s still very low budget, but we’ve had awesome support. People have donated guitars that I’ve sold, raffled off to raise money for what I’m doing,” he said.

He opened up his garage for bands to play last year, when there were no other options, and the performers were able to make money via Venmo and Paypal – as well as garner exposure, perhaps the rarest commodity at the time. Lousteau does not charge any of the bands who appear on the show (for live performance or interviews alike) but makes a point to promote their Facebook and Instagram pages as well as their upcoming shows and projects.

“I started out working with people I knew, then I got to the point I’m meeting people for the first time in my front yard. They’d reach out to me and ask if they could come on the show, and drive over to my house,” Lousteau said. “The one thing I can guarantee is the bands who play in my studio will grow their popularity.”

It’s seemingly a natural fit for Lousteau, given his background. He grew up around musicians, starting with his father who played ukulele. Because most of his friends were musicians, he got involved in show production, running sound, lights and cables, and he also went on to become a professional emcee. These experiences helped shape good relationships with local venue and club owners as well as bands, and his network has only grown since the show began.

“Music is my biggest passion, with art a close second,” he said. “I’m used to the stage. I’m doing

everything I can to promote everybody I can.”

Crescent City Gumbo also gets involved with fundraisers events, including a current partnership with the Gulf Coast Medal Alliance, who Lousteau called a big backer of the show. The fundraiser will benefit those suffering from multiple sclerosis. It’s a great example, Lousteau said, of an opportunity for musicians to help others and brighten their star at the same time.

“Musicians need places to play, and fundraisers and awareness rallies are a great place to do that,” he said.

Crescent City Gumbo hits Facebook streams daily, Monday through Friday, from 6 a.m. to 7 a.m., where Lousteau speaks about upcoming events around the area. But the show could go live at any time, and he says when there’s an opportunity to feature a live performance, he’s taking it.

“When I can go see a live performance, we’ll always go live (on Facebook), at least for a song or two,” he said. “We’re not on so much on Sundays, but we’re on just about every day otherwise.

“It’s been a great experience. My passion for it has only grown since it started. I think there are a lot of people just as passionate about this as I am, but don’t have the time or opportunity to do what I am, and I feel really lucky to have that chance.” 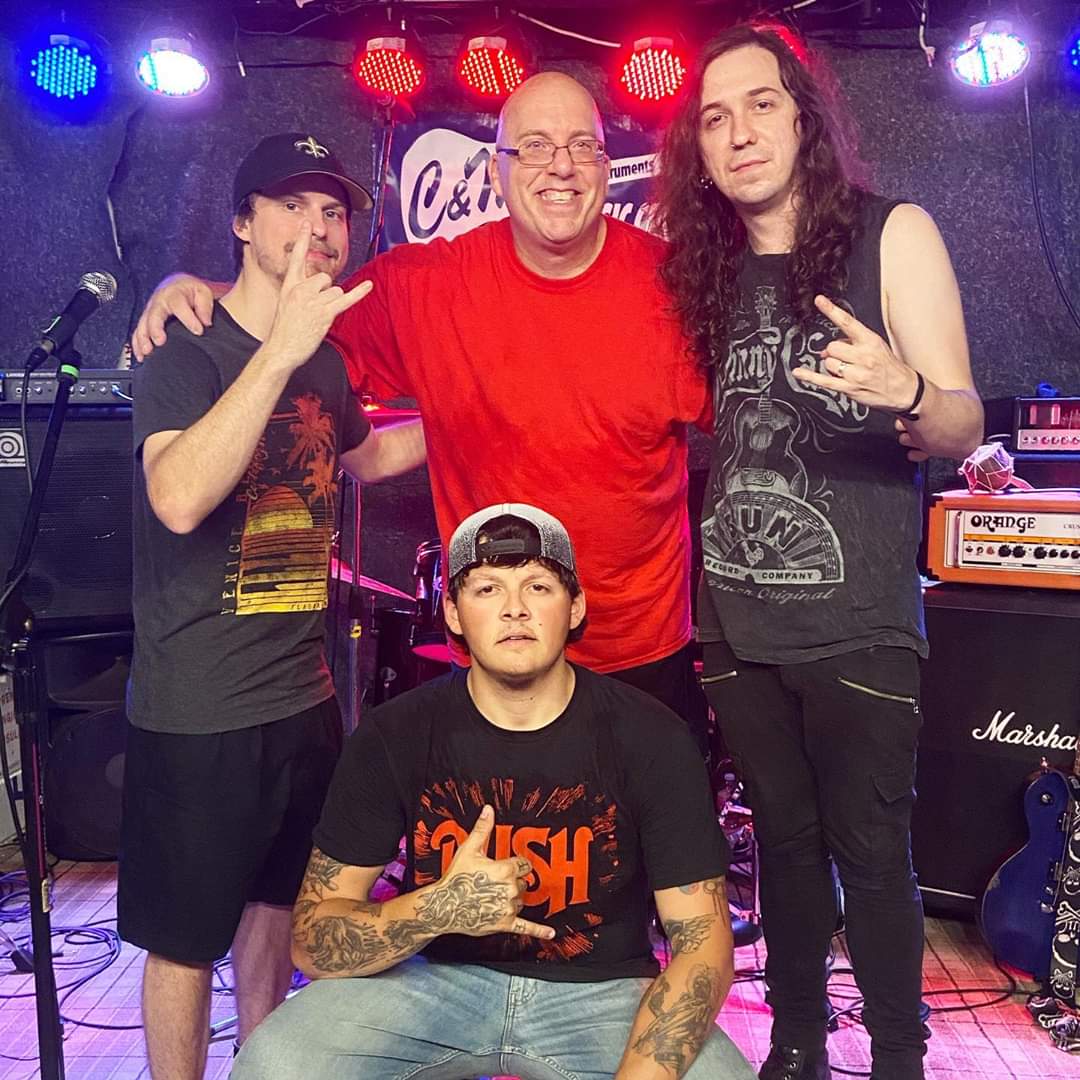 Patricia ”Patti” Lea Beckendorf Rambin died unexpectedly on November 16, 2021 at her home in Cherokee Village, Arkansas. Patti was born on August 4, 1955 in New Orleans, LA and a native of Saint Charles […]

Ida cost many St. Charles Parish residents their homes. If not that, they went without power, internet, water and readily available food for an extended time, and in many cases their belongings were destroyed Schools were closed. […]

For six seasons, Marcus Scott led the Buccaneers as the program’s head coach, guiding the team to the playoffs in each of those years (2008-2013). […]