Daniel Beckley, the Kenner man who found guilty in October of murdering 16-year-old Jorion White and leaving her body in St. Rose, was sentenced to life in prison plus 30 years by Judge Timothy S. Marcel Tuesday.

Beckley was found guilty of second-degree murder and obstruction of justice in October after a four-day trial prosecuted by John Chaisson and Howat Peters.

Marcel sentenced Beckley, 41, to life in prison for the charge of second degree murder and 30 years in prison for the obstruction of justice he committed when he disposed of her body in a drainage canal alongside St. Rose Avenue. Those sentences are to run consecutively and served at hard labor.

The judge noted the age of the victim, the relationship between White and Beckley — she was his stepdaughter — Beckley’s recorded movements in the early morning hours following the murder and the steps Beckley took to conceal the crime among factors that led to his sentence. The maximum sentence Beckley faced on the obstruction charge was 40 years.

Following her murder, White’s body was found face down in a drainage canal in a secluded, wooded area. She was identified by her dental records. 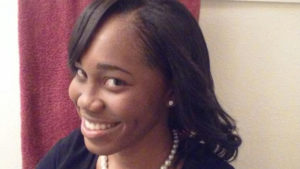 She was the daughter of Michelle Price of Kenner, who lived with and maintained a relationship with Beckley for 10 years. Beckley was a former resident of St. Charles Parish.

According to the office of St. Charles Parish District Attorney Joel Chaisson II, White’s father provided an emotional victim impact statement before sentencing in which he told Beckley his actions had destroyed his life and “took my baby away from me.”

“I think the sentence imposed today was just under the circumstances and in light of the evidence presented at trial,” Chaisson said. “I hope that the family of that precious young girl will sleep easier tonight knowing Daniel Beckley will never walk the streets of this, or any, community again, and that he will never be able to hurt another child as long as he lives.

Investigators believe White was suffocated by Beckley sometime between the late hours of April 21 and early morning of April 22. He wrapped her body in a sheet and transported it in his vehicle to St. Rose in an effort to cover it up.

For the first time all season, Destrehan didn’t win on Friday night. […]

The bad news for Destrehan: the Wildcats didn’t spend much time in the redzone in Friday night’s regular season finale against visiting Thibodaux.   […]