In an apparent case of road rage, an altercation between two drivers on U.S. Highway 90 in Boutte led to the arrest of a Thibodaux man accused of pulling a gun on the other man.

Robert Dugas, 66, of 320 Julia St. in Thibodaux, was charged with aggravated assault with a firearm and having an open container of alcohol in his vehicle after the victim called police following the incident, which occurred on Hwy. 90 in Boutte as the two drivers entered St. Charles Parish. 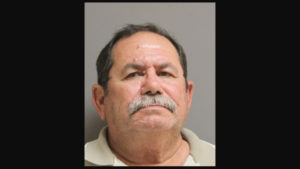 According to the St. Charles Parish Sheriff’s Office, the victim was commuting behind Dugas in the left lane of traffic before shifting to the right lane to pass Dugas. As he passed, the victim made an obscene gesture toward Dugas, who followed the victim until the two reached Highway 90 from Interstate 310.

Once he was able to stop alongside the victim, Dugas pointed a handgun at him, prompting a call to police as the victim followed Dugas’ red truck from a distance until deputies stopped the vehicle. The gun matched the description the victim gave police, according to St. Charles Parish Sheriff’s Office spokesman Cpl. James Grimaldi.

With all the coronavirus-related uncertainty surrounding the upcoming school year, one thing is certain – 700 students from St. Charles Parish will have the school supplies they need to kick off a successful academic year. […]

Following Louisiana Gov. John Bel Edwards’ announcement the state would remain in Phase II of its reopening plan for at least three more weeks, the LHSAA will reportedly delay the start to Louisiana’s prep football season until at least Oct. 8. […]

Businesses, residents adjusting to new round of COVID protocols