Anahja Hickerson took interest in biology and chemistry as she ascended through the grade levels at her schools, something that’s guided her as she looks to soon begin pursuit of a pre-med degree at Xavier University.

The more the Hahnville graduate dug into the idea, the more excited she became about it.

“I’m interested in anatomy, and I just really like the idea of being able to help people through their medical issues,” Hickerson said. “To be able to diagnose what is going on and get someone back to health.” 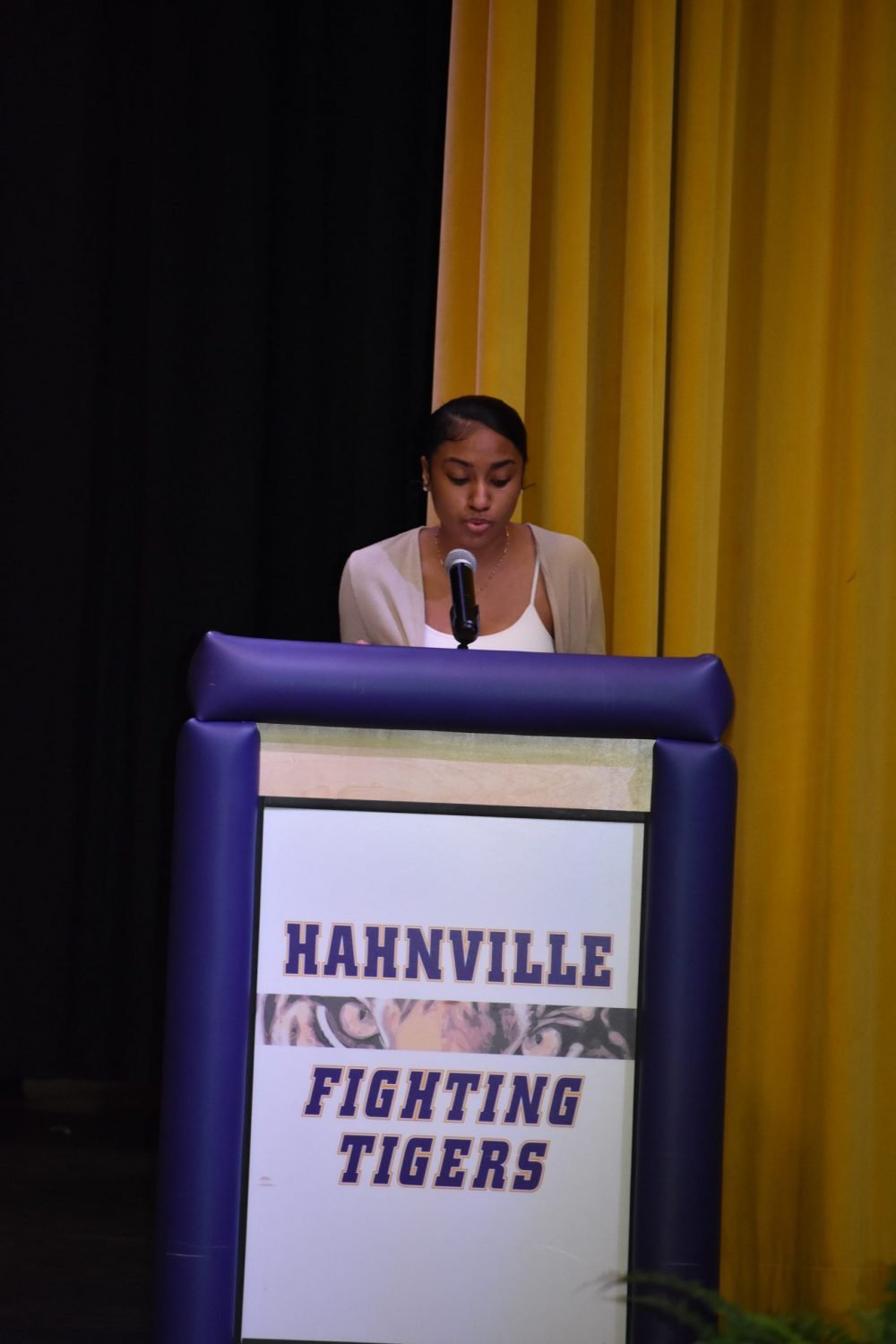 Hickerson’s goals in the medical field are just one aspect of a well-rounded student and person that has quite the creative side. A talented theatre student since the third grade, she’s been part of performances both on the stage and behind the scenes. Her first love, she says, will always be the former role – being an actress.

“I love to act … I love being on stage,” Hickerson said. “Playing a part, that experience of becoming somebody else for an hour-and-a-half. Especially when you’re able to touch the audience, whether it’s a comedic show or a dramatic show, hearing the audience reacting is an amazing feeling. That’s why I love it.”

She’s also starred a bit on the small screen as part of two commercials.

Matilda ranks as her favorite stage show to be a part of, as she’s long been a fan of musicals.

She kept quite busy in other areas. She was a member of the Superintendent’s Advisory Council, the President of the National Honor Society and a member of the Beta Club.

Before arriving at Hahnville, Hickerson was a two-time Student of the Year, at first at Luling Elementary and then at R.K. Smith Middle School.

Once at Hahnville, she and her classmates were met with hurdle upon hurdle, an unprecedented run of disturbances to their school fare – first by COVID-19 and then by Hurricane Ida. Hickerson admitted that was difficult for her. 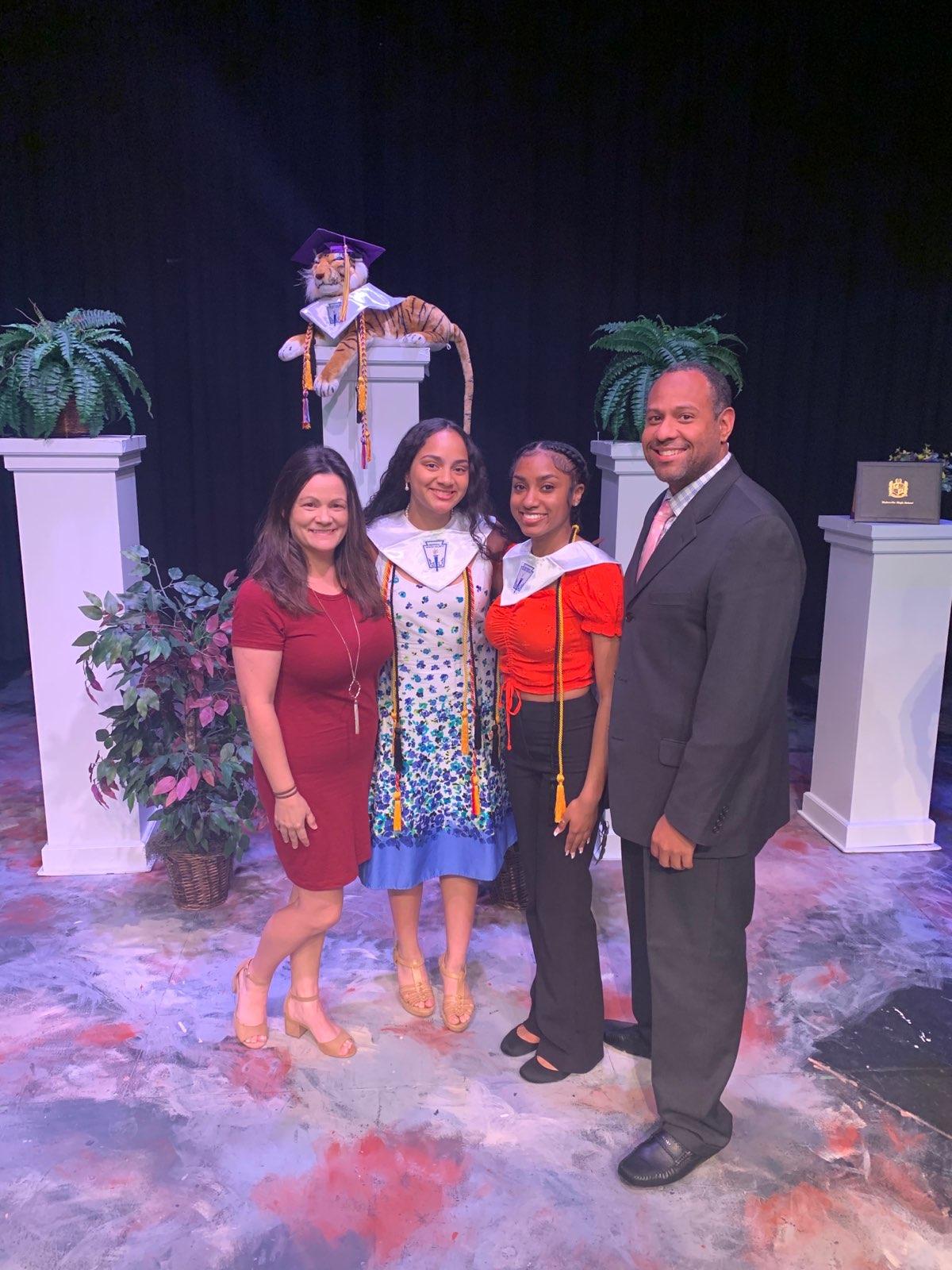 “COVID definitely taught me the importance of being in a classroom when it comes to learning,” she said. “While we were doing hybrid days, I found it very hard to keep up when there’s just me and my Chromebook. I really learned the value of being there at school and in the classroom.”

Whether she was in the classroom or at home on a daily basis, she credits her mother for guiding her and keeping her focused.

“She’s very inspirational to me,” Hickerson said. “She keeps me pushing for my goals, especially career wise. Whenever I’m stressed out or struggling to find the motivation to keep going, she reminds me of why I need to keep doing what I do.”

She naturally takes on leadership roles, and has for some time.

“Since I was in elementary school, really,” she said. “I learned if you want to be successful, you can’t just make the grades. You have to have a great personality. You have to be able to lead and to help others achieve. That’s why I’ve always kind of gravitated to those leadership roles.”

Sisters follow in mother’s footsteps as they teach dance

When Kiley Voges speaks to her dance students, she hears her mother’s words. […]