At 6:30 a.m. on March 30, Stacey Trosclair woke up smelling smoke, but wrote that off as likely sugar cane burning nearby.

Two minutes later, the fire alarm in her Hahnville home went off, and when her husband Cory opened the front door, a terrifying vision laid before him.

“Our whole porch was engulfed in flames,” Trosclair said. 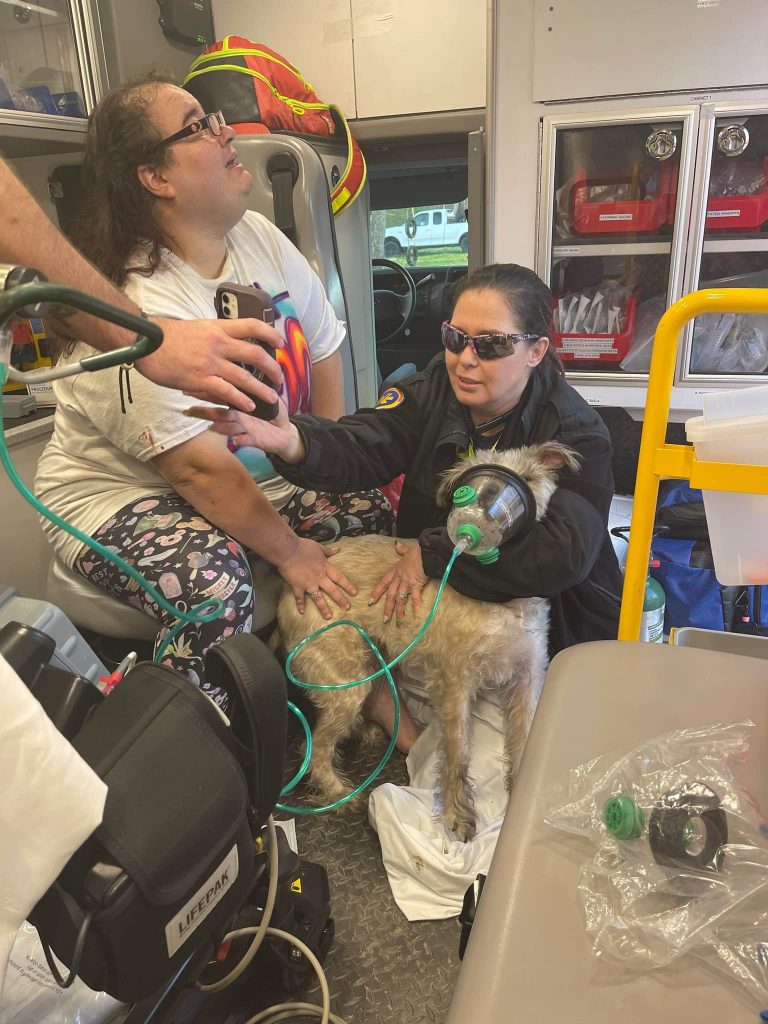 She heard Cory yell that the house was on fire. Attempts to put the fire out were unsuccessful and escape was the only option. But the back door was blocked – not a viable exit route.

Worse, the window in Trosclair’s room was jammed shut and the black smoke produced by the fire was pouring in, rendering it impossible to see and very difficult to breathe.

“He threw his arm through the window to break it,” Trosclair said. “He had no choice … he breaks it with his arm, kicks the window unit out and we jumped out the trailer.”

The couple’s pets were still inside. Their roommate Jodie saved Bella, one of the small dogs in the home. Firefighters were able to save another, Harley Quinn. But the couple’s cats didn’t make it out – the Trosclairs’ living room was completely destroyed by fire, made worse when the propane tanks underneath the trailer exploded.

“That’s when I took off running,” Trosclair said. “The EMS came and took us to the ambulance. I was crying like crazy for my dogs and cats.”

The Trosclairs and their roommate escaped with minor injuries – Jodie’s sprained MCL and Cory’s stitched arm from the window the most pressing of those. The dogs needed a bit more attention: Harley Quinn went into and out of consciousness several times and had to be put on oxygen before being brought to the vet for treatment.

What isn’t known yet is what started the fire. Trosclair said the fire department has deduced the incident began on the porch for sure, but beyond that nothing is certain.

Trosclair called it one of the most frightening experiences she has been through.

“It was traumatizing for sure,” she said. “It’s been depressing, and our anxiety has been high … we haven’t been sleeping well. But we’re hanging in there and taking it a day at a time.”

She began a GoFundMe page (titled House Fire) to help with medical and veterinary costs, as well as replacing furniture, appliances and other items lost as the couple starts over.

The good news is that insurance was able to provide enough assistance for the couple to use for a down payment on a used trailer. In the meantime, they have been staying with Trosclair’s parents.

“Everything is replaceable. We’ve started over before and we’ll get through this and overcome again,” Trosclair said.