“The Video Game of 2022 so far” read the headline of the Los Angeles Times, highlighting a tidal wave of praise garnered by the game Norco upon its release in March.

“I was not expecting this or prepared for it,” said Yuts, the game’s creator. “The amount of attention it got, on such a wide scale … I just didn’t think it was in the cards.”

Yuts, a Norco native and Destrehan High School alumnus, prefers to go by his pen name. But on the flip side, he’s put the name of his hometown in lights – as well as many of its landmarks – in his now award-winning work. Last summer, the video game named after and inspired by the east bank St. Charles Parish town, took a top honor in the Tribeca Festival’s first-ever games competition, a recognition that honors an unreleased video game for its potential for excellence in art and storytelling through design and artistic mastery. 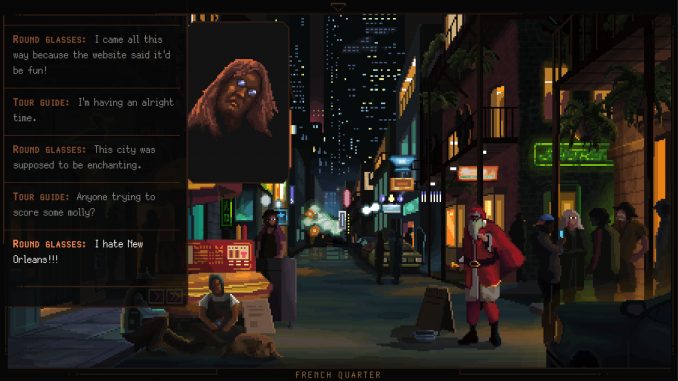 That honor was achieved many months before the game would become available to the public – which it now is, its release on the game platform Steam coming with numerous strong reviews. The LA Times called it 2022’s best game thus far. PC Gamer called it “a bastion of beautifully evocative storytelling.” According to the Financial Times, the game is a joyous and sobering voyage along the periphery of the great American left-behind.”

The game takes players through some very recognizable areas for locals. Apple Street and Airline Highway within the game’s namesake, but also areas in New Orleans, Metairie and Kenner – the Esplanade Mall, while not named, stands as a notable landmark in the latter as the “Promenade Mall.”

Players take on the persona of Kay, a woman who has returned to the town she grew up following a family tragedy. Through her adventures, one encounters talking birds, alligators bent on revenge and deranged cultists. The world Yuts and his team, known as Geography of Robots, have built is not a perfect mirror of today’s, nor is it meant as one: this is a dystopian Sci-Fi fantasy world based upon our real one.

“People reach out and talk about the landscapes they’re recognizing in the game,” Yuts said. “(The game) does get rather strange toward the end and it’s pretty interesting to hear them talk about that as well. But it’s a short game. The learning curve is very shallow and I think it’s been kind of a quick and easy way of generating conversation and interaction with people.”

This all started almost 15 years ago. Yuts, now 36, said the genesis actually stems from “a world history project” with a close friend. After Hurricane Katrina, the two were doing archival research about different Louisiana industries. Through that, the two recorded numerous conversations with locals about their lives and the region they live in. 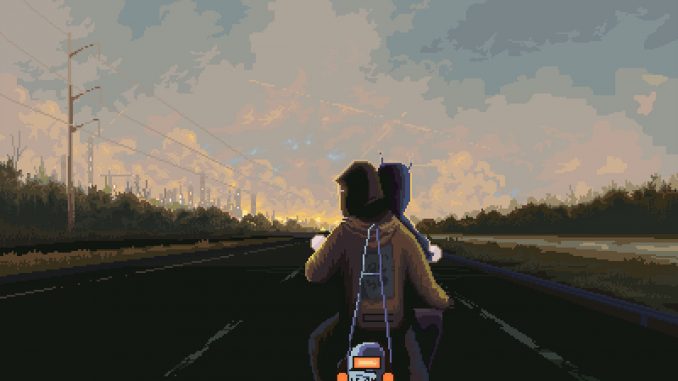 “We drew from that quite a bit,” Yuts said. “We were shooting videos, writing essays, experimenting with different mediums. So, I know how to code a bit. And I put together a little side-scroller game in JavaScript. That kind of ended up being the springboard.”

For many St. Charles Parish residents, topics the game tackles will no doubt be relatable. Flooding and environmental precarity are among the issues touched upon.

“For a lot of people, those are things that have affected them pretty deeply,” Yuts said. “People have written some personal responses that are extremely moving. And that’s been something that will stick with me for the rest of my life.”

Yuts said that once one plays through Norco, they’re beyond the final page of the story: there will be no sequel, as this game was never intended to be part of a larger, expanded universe. But he hasn’t closed the door on potentially returning for a round two of game-making, a decision he and his teammates will have more clarity on come the end of summer, he said.

“It’s incredibly time-consuming … so I don’t know if I’ll make another game or not. But we’ve talked to people about it, had some discussions. We’ll see how the summer goes, whether it’s a viable option,” Yuts said.

“I can’t overstate my gratitude for everyone who has expressed interest and appreciation (for Norco). It really means the world.” 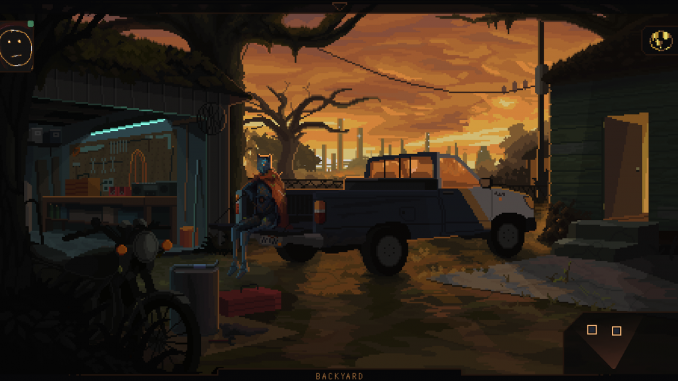 The Sears Hometown Store in Luling will close permanently at the end of this month after serving the community for the past decade. […]

As John Landry began a phone conversation with his insurance agent, he was asked if he was sitting down. […]

Former Hahnville baseball coach reflects on time in the dugout