Stacey Martinez Perret has been fighting courageously since she was diagnosed with stage four metastatic melanoma in July of 2016, though in reality her battle initially began long before that.

The Destrehan woman was first diagnosed with melanoma in 2004, but the cancer was successfully removed and a non-factor for the next 12 years. But its return nearly five years ago has led to a much more difficult and taxing fight.

The cancer was found to have spread to her brain and she has undergone multiple brain surgeries since. A tumor was removed initially and her bill of health was clean for four more years. But late last year, she had to undergo additional surgeries to remove a pair of tumors from her spine. Two months ago, more growths were found to have spread into her brain and spinal cord. She has undergone 10 chemotherapy treatments, as at the moment the tumors are estimated to be inoperable.

Her family and friends have pulled together to hold a fundraising raffle, with the hope of helping Perret return for treatment at MD Anderson in Houston, as she has been unable to work due to the situation. 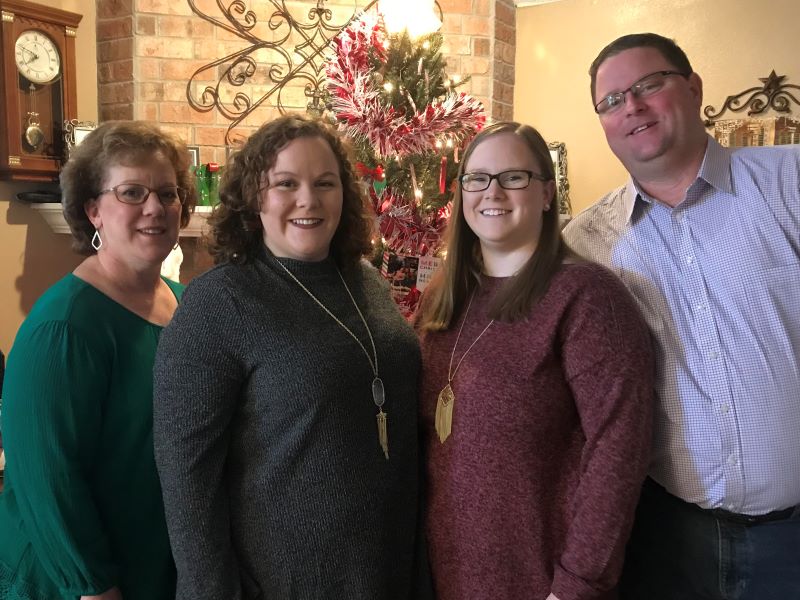 “In itself, it’s a fairly expensive process,” said Stephen Cazentre, Perret’s brother-in-law. “Melanoma’s a very, very difficult cancer to control. Right now, she’s being treated at Ochsner under the direction of her doctor who comes from MD Anderson and works closely with them. We’re trying to get her back there to be seen in person.

“With COVID and everything else, it’s made it a lot more challenging, especially with the enhanced treatment she’s getting right now … her endurance is way down and it’s becoming more and more of a challenge.”

Raffle tickets are $5 per chance or $20 for five tickets. The grand prize is a crawfish cart boiler. The second prize is a Milwaukee Industrial outdoor radio, and the third prize is a gas fire pit. There are also many other prizes that can be won beyond the top three. The drawing will be Aug. 1 at noon and live streamed via Facebook.

Perret, her husband Lonnie and their two daughters Lauren and Taylor are active members of St. Charles Borremeo Church. The couple recently received the St. Louis Medallion Award for their continued service in the community.  Perret has taught CCD classes for more than 15 years and is also a reader at the church for mass.

That community has been eager to help her in kind. Cazentre said several businesses have stepped up in a big way to donate prizes, which range from a 50-inch television to furniture to gift baskets and cards, and much more.

“People who have no clue who we are have really made a difference and supported (Perret’s) cause,” Cazentre said. “We started this three or four weeks ago and we’re still getting prize donations. We’re anticipating adding a few more before we hold the drawing. The support from the local community has really been overwhelming for all of us and it’s so, so greatly appreciated.”

Cazentre said Perret has proven a survivor and a fighter, given a deck stacked against her.

“One thing we’ve learned with melanoma and a reason it’s such a dangerous disease is people always look to the skin, but when and if it comes back, the vast majority of the time it comes back internally, and at that point it’s progressed,” he said. “So far, we’ve been blessed in that she’s been very responsive to the therapy and experimental treatments at MD Anderson. She’s beating the odds with how she’s fought.”

Cazentre said anyone interested in buying a raffle ticket can do so at St. Charles Borromeo. Tickets may also be purchased via Venmo @Vicky-Cazentre. If doing so, one should include phone number and the number of tickets to purchase.

🏫 Even before she was a student herself, Megan Spears knew her way around a classroom. […]