“You’re all a joke,” Councilman Paul Hogan shouted as he was escorted out of Monday’s council meeting by St. Charles Parish deputies. 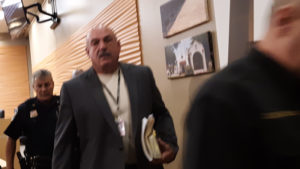 Hogan’s expulsion followed an ongoing argument with Council Chair Julia Fisher-Perrier over how council members should be recognized to speak or address the chair at meetings. He said he has used the electronic system to be recognized since he was first elected to District 4 nine years ago. But during a February meeting, Councilman Dick Gibbs was called on first because he said “Madame Chair” and was recognized while Hogan argued he should have been first to comment because he made the first request for speaking time electronically.

Since, Hogan has persistently sought clarification of Council Rule 14, which states “no member may speak until he has addressed the chair by saying ‘Mr. (or Madame) chairman,’ and has been recognized by the chair.”

At Monday’s meeting, Hogan said, “Madame Chair,” in an attempt to discuss the clarification. 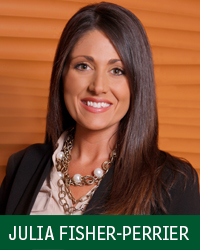 Under parliamentary procedure, a point of order can be raised if a member believes the rules of the meeting aren’t being properly followed. The chair then rules on the validity of the claim.

“I’m calling a point of order to get some clarification on how members are to be recognized in light of these two opinions,” Hogan said.

Hogan then presented an opinion he obtained from a parliamentarian, Alison Wallis of Gretna, that he said contradicted parish attorney Robert Raymond’s interpretation of Rule 14 and motioned it be suspended temporarily in favor of recognizing council members electronically, as well 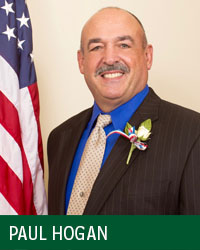 as requiring Raymond to meet with the parliamentarian.

The motion failed for lack of a second and then Risher-Perrier moved on to the next agenda item and then Hogan called for a second point of order. At that time, the argument escalated with Fisher-Perrier, who called him out of order and warned Hogan that she’d have him removed from the meeting if he persisted.

When she told him a fourth time that he was out of order, she then announced, “Please remove Mr. Hogan from the chambers.”

Deputies approached Hogan, but he first refused to leave the meeting.

“It is unlawful for me to leave,” he said. “I’m elected by the people of this parish.”

Fisher-Perrier called a five-minute recess and Hogan was escorted by deputies out of the meeting.

On his way out of the chambers, he shouted, “You’re all a joke.” Hogan remained in the hallway with deputies outside the council chambers during the rest of the meeting.

But leading up to his removal, Fisher-Perrier  questioned the parliamentarian opinion, saying Wallis had not been adequately informed about the electronic system. She further criticized Hogan for using $350 in taxpayer money to pay for the opinion.

“The way that you went about requesting this opinion, in my opinion, is not parallel to how we got the opinion from our legal department,” she told Hogan. “You handled this in a way that was closed off. You didn’t give the parliamentarian any context as to exactly what we’re looking at or for. I think there are some pieces missing to make this opinion truly good and official.”

Raymond suggested a temporary fix by using the electronic system to recognize council members to speak or address the chair.

“I think that the root of the issue was whether you are to review or recognize someone who speaks orally or someone who presses the button as has been the case since 1991 or 1992,” he said. “My opinion was continue to do what we’ve been doing the last 30 years and Rule 14 may not be parallel with that.”

Fisher-Perrier asked if a temporary measure would allow time for Raymond to get a more thorough opinion and he agreed.

Hogan then motioned to suspend Rule 14, but no other council member would second the move so it could be considered.

This is the second time since February that Hogan has been escorted from a council meeting by deputies.

A year ago, Precious Singleton Alexander learned her then 3-year-old son, Rio, has autism. […]

Food will be collected throughout May for Need to Feed Month

The St. Charles Parish Council has declared May as the 8th annual Need to Feed Month, with the time serving as a month when people are educated on the food needs in the local community. […]

The owners of Landry’s Outboard Motors & Repair Service, LLC in Des Allemands recently announced that they would be adding to the shop’s list of offerings this month. […]