Glenneil Isaac, 54, of 1113 Paul Fredrick St. in Luling, has been arrested in connection with the Jan. 17 robbery of First American Bank in St. Rose. 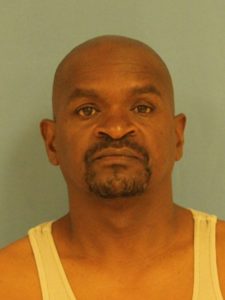 At around 3 p.m. Friday, Isaac apparently approached a teller inside of the bank, implied that he had a gun and demanded money. After receiving cash, he exited the building and walked west parallel to Airline Highway.

During the investigation, video footage recovered from the bank, as well as neighboring businesses led to Isaac being identified as the robbery suspect, according to St. Charles Parish Sheriff Greg Champagne. A warrant was issued for his arrest.

Within a few hours, detectives located Isaac at a residence on Paul Maillard Road in Luling, where he was taken into custody.

Isaac had a previous arrest and conviction of attempted aggravated rape of a minor in the late 1980s, which he was sentenced to 20 years in prison.

The investigation is still on going, but it appears Isaac is the sole suspect in the robbery.

Destrehan has scored its share of postseason upsets and near upsets under coach Jhovanny Santamaria, but on Saturday, it was the Wildcats’ turn to ward off a lower seeded team with ambitions to shock their hosts – and it looked bleak at first. […]