Judge Mary Ann Lemmon remembers Stanley Duplantis as one of those inspiring teachers who inspire students to truly explore their potential.

“He was so special,” said Lemmon of Duplantis, who passed away Aug. 7 at the age of 88. “He treated our class like we were his family members. Hahnville had that reputation for having outstanding teachers and he fit right in.”

Duplantis passed away as result of a battle with COVID-19. He taught Lemmon at Hahnville High School, the latter among several of Duplantis’ students who have gone on to make an impact, among them Dr. De Witt Sumners, Sister Linda Songy, Dr. Carl Smith, Judge Harry Lemmon, Glenda Parks and Clarence Savoie.

“He had quite a crop,” Lemmon said. “All from little small Hahnville. It’s a testament to our teachers and a testament to Stanley. He was such a great influence on all of us.”

Duplantis enriched his students’ lives, Lemmon said, broadening horizons with field trips to the opera, to hear debates or to enjoy poetry readings. He was an acclaimed actor himself, performing leading roles at LePetit Theatre du Vieux Carre and at Gallery Circle Theater, and that experience informed his work in the classroom as he taught English and literature. 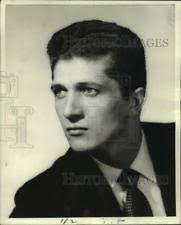 He also helped his students breed confidence. Lemmon recalled Duplantis’ way of teaching the art of public speaking, making it less intimidating through a bit of humility.

“He would make little speeches to us and he’d share the blunders he had in his experiences,” Lemmon said. “It made us feel at ease … he really made us feel like we could do anything. He gave us that self-confidence and helped us understand that you have to learn how to fail and get back up. I credit him as a huge inspiration.”

Duplantis was a native of Kaplan who earned his degree from Southwestern Louisiana Institute, now known as the University of Louisiana-Lafayette. Hahnville High was among his first landing spots as a teacher, as he also spent time at Francis T. Nicholls and Ben Franklin high schools.

At one point, he gave up teaching for another pursuit – he traveled to Utah and aspired to become a monk, but after a year at a monastery he returned south and to the classroom he loved.

Duplantis spent his final years in Baton Rouge. After several years apart, Lemmon and several of her one-time HHS classmates were able to find Duplantis and spend some time with him there, something she said she feels very fortunate to have been able to do.

“We were so excited. This was about two years ago. We were able to have a birthday party for him and really visit him, and I’m so glad we did,” Lemmon said, noting that some of his former classmates traveled from as far as Wisconsin and Florida to see him again.

“He was truly a renaissance man whose life continues to have a lasting impact on all he encountered,” Lemmon said.

Fay Honour Needs Adams, 74 years of age, passed away on Saturday April 17th at Ochsner Hospital. Fay, the daughter of the late Leslie Needs and Doris Frances Malachowski Needs, was born on July 2, […]