Kendall Pierre Jr., an Ama resident and student at Louisiana State University, and Harold Blood Jr., a Destrehan resident and Southern University student, helped to organize the rally. Protestors marched the 2.6-miles from the Westbank Bridge Park to the Parish Courthouse.

“I organized the protest because if we don’t speak about systemic racism and police brutality, no change will ever happen,” Pierre said. “We don’t have to wait until it hits home to begin voicing our opinions and frustrations about what is going on in our country.”

Upon arrival at the Courthouse, protestors heard speeches from local community leaders, participated in chants and songs and had a moment of silence for those whose lives have been taken by police brutality.

Days after George Floyd’s death in Minneapolis – in which an active investigation is ongoing, and charges have been brought against police officers involved – Blood texted Pierre about the need to organize a march in the parish. 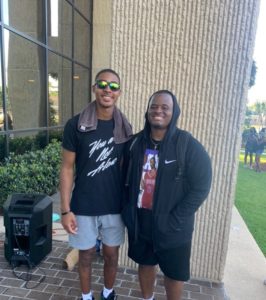 Blood said he hopes the march grows to be an annual offering.

“This is the tip of the iceberg,” he said, adding he would like to organize other events, such as voter registration rallies, in the future.

Blood said all march’s participants honored the request for a peaceful protest.

“They understood what we were trying to accomplish,” he said of attendees. “No one was trying to incite anything.”

Aside from attendees, Blood said there were also people who lined the march’s path to give out water to the participants.

“The cause is already worth it, but to see so many people come out really showed how important it was,” he said.

While some marchers brought signs, Pierre said others even brought extra signs to give out to other participants.

“I was happy with the turnout,” he said. “I’ve never done anything like this, and I was surprised that many people turned out.”

Pierre said he is thinking of different ways to have a big impact in the community.

“I’ve always supported Black Lives Matter, but now that I’m older and wiser and have a greater understand of what is,” he said. “I feel like it’s something that I have to do and be a part of something bigger than just me.”

“The overwhelming support we received for the protest gave me hope, and I believe it is just the beginning,” Pierre said. “It was beautiful to see so many of us come together as a community to not only stand in solidarity against systemic racism and police brutality, but to reflect about how we can actively be a part of the solution to these issues.”

LaGrange said she was humbled to have been a part of the organizing team.

“We were able to create space for black voices to be amplified, and I believe that that space is vital to sustainable community growth,” she said. “I hope that the protest encourages not only more discussions in homes around the parish, but I hope that it is also a catalyst for growth and racial reconciliation as well.” 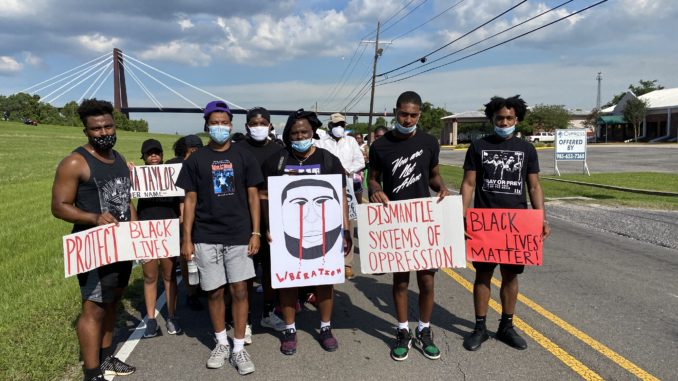 It’s (almost) Mardi Gras time in St. Charles Parish, and the Krewe of Lul and Krewe of Des Allemands parades are set to roll through local streets on Feb. 18 and 19. […]

About Monique Roth 842 Articles
Roth has both her undergraduate and graduate degree in journalism, which she has utilized in the past as an instructor at Southeastern Louisiana University and a reporter at various newspapers and online publications. She grew up in LaPlace, where she currently resides with her husband and three daughters.
Website