After a rare district championship sweep by the Hahnville boys and girls track and field teams and a strong showing at regionals, the Tigers take aim at bringing home some hardware Saturday at the Class 5A state track and field championship meet at LSU’s Bernie Moore Stadium.

The Tigers will be represented in 12 different events across the boys and girls sides at Saturday’s meet after several qualifying performances at the Region III-5A meet, led by Billy Davis’ championship performance in the high jump event (6-04).

“It’s great especially for our seniors, because they’re able to go now and have that opportunity they missed out on last season,” said Hahnville head track and field coach Brittany Bonnaffons. “And for our younger kids, they have those seniors to go with and learn from, because for some of our kids this is their first time competing at a meet that big.

The Hahnville boys captured fifth place at the regional, while the girls earned a third place finish.

All top three finishes qualify a competitor for state, so all of the aforementioned Tigers are headed to Baton Rouge.

“It’s exciting to see what they’re going to do. I’ve talked with them about nerves … don’t be the one to fault. A lot of people do phenomenal things over the course of the season and it ends up falling apart because of a mistake. We have the capability to do very well up there, we just have to execute,” Bonnaffons said.

She said Davis is very excited for the chance to add a state crown to his district and regional titles. Simmons, a sophomore, is a qualifier for the state meet in his first season of track and field competition.

“He had no idea he’d like it this much. He’s ready to go and he’s been out there every day,” Bonnaffons said.

Lucas, she said, has stepped up in a big way this season, a particularly big impact in the hurdle events as teammate and standout Taji Sullivan was injured and sidelined late last month.

“To see him shine has been wonderful … Jerrick has kind of been in Taji’s shadow in the past, and he’s risen to the occasion and made the most of the spotlight. He kind of said, ‘alright, it’s my time,’” Bonnaffons said. 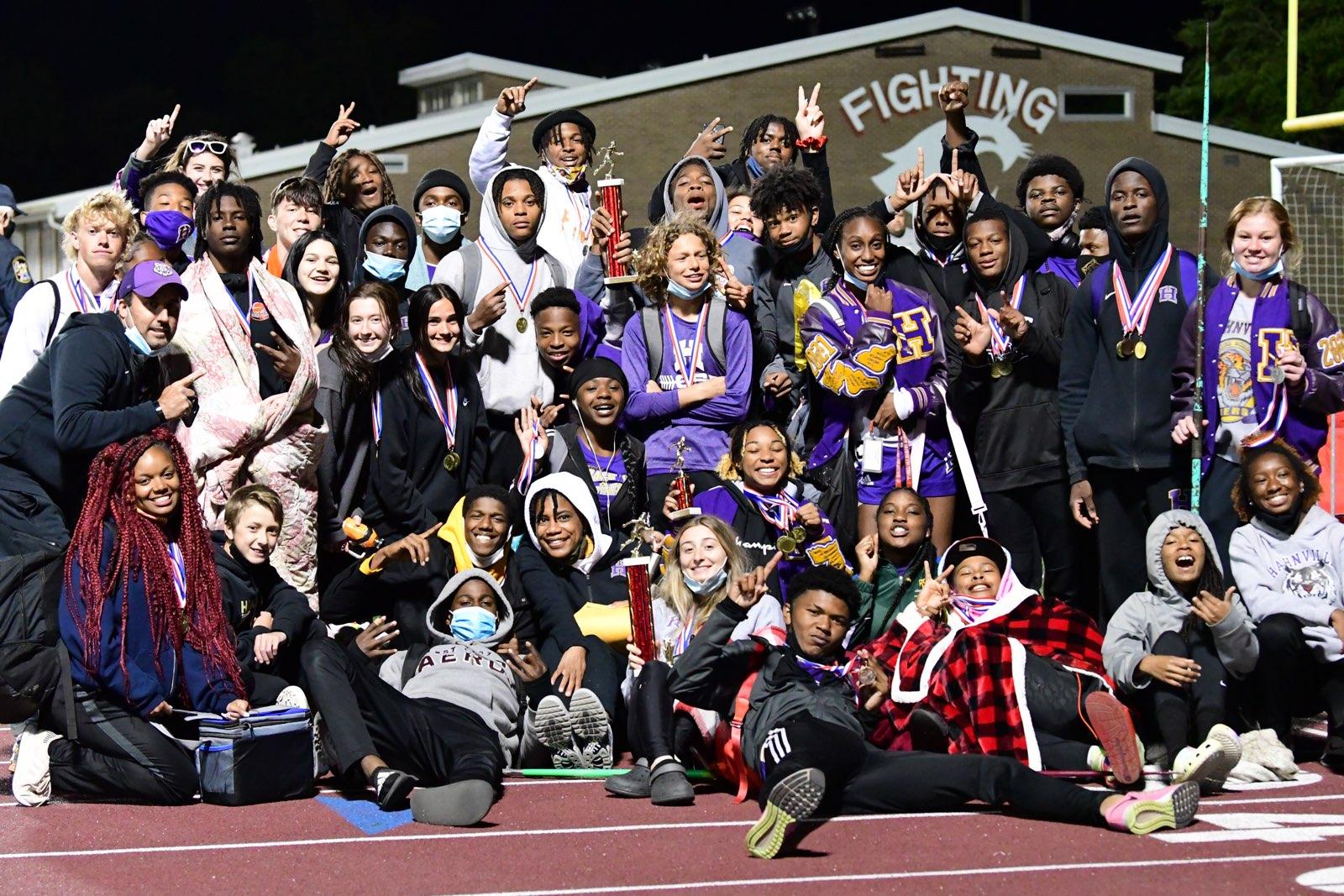 Byrd and Johnson have been dominant performers all season – the two shared District 7-5A track MVP honors, par for the course in a season in which one of the two took home MVP honors more often than not in HHS meets.

Lavin, Bonnaffons said, has taken her training up a notch with assistant coach Jacob Thompson in preparation for the state meet.

“She’s working real hard … (Thompson) brought her to see some pole vault gurus, she’s working on things you don’t always get the chance to work on during the season,” Bonnaffons said.

“She’s a beast,” Bonnaffons said. “She knows how to compete and how to get the job done.”

The regional performance came on the heels of a district sweep. The Hahnville boys captured the district championship for the 5th consecutive season, outpacing second place H.L. Bourgeois 142.5-114.5.  Meanwhile, for the Lady Tigers, it’s the first district crown of what they hope will be a string of their own, notching the win by eight points over second place Thibodaux, 126-118.

“You can win a state championship with six or seven dominant competitors, but it’s not enough for a district championship,” Bonnaffons said. “It took everyone. It was really exciting to see the younger girls realize, hey, ‘my fifth place was the difference.’ Those two points from this one, two more from that one … they added up in a meet we won by eight.”

For the boys, Bonnaffons credited the focus of a group that had been atop its district, but maintained the hunger for more.

“It’s that spirit of excellence. Sometimes you take it for granted and you never want your kids to be complacent,” Bonnaffons said. “They were confident but not overconfident in their ability to do well, and they got the job done.

“That’s a credit to the kids and also our coaches. We really have a good staff. There are things I don’t have to worry about because I know each coach has got it handled, and that makes a huge difference.”

Destrehan’s Eli Taffi captured the district crown in the discus (129’0). 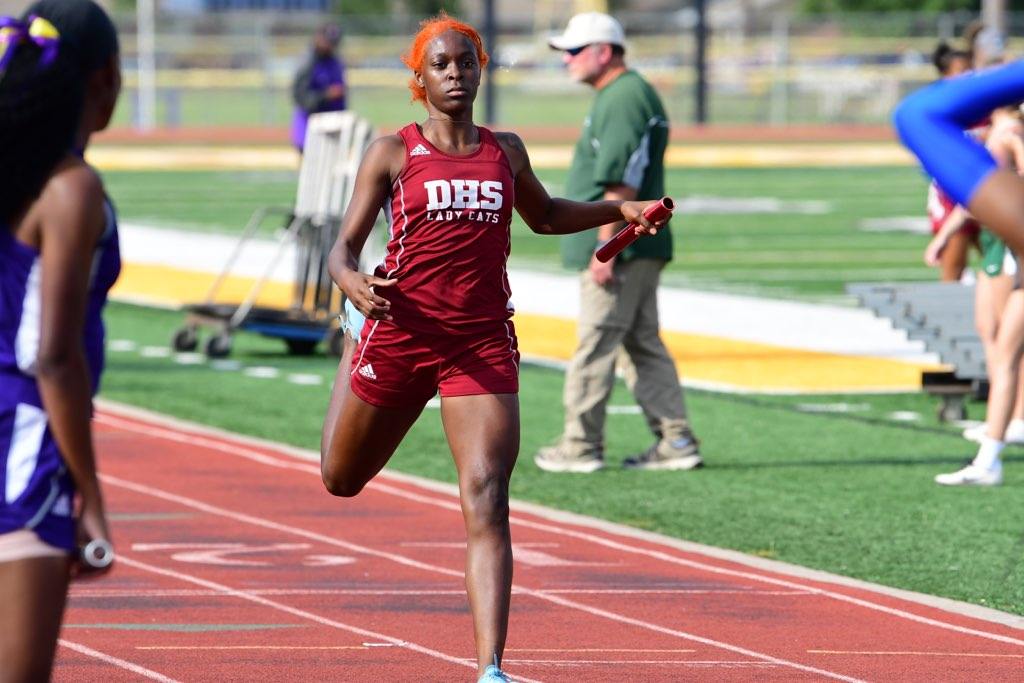 🏫 Even before she was a student herself, Megan Spears knew her way around a classroom. […]

🩰 Emily Mire bought Studio S in Destrehan five years ago. Since then, she said the dance studio has become a second home to many of her dancers. […]

🏫 The transition from school secretary to teaching in the classroom has been a rather smooth one for Kristina “Tina” Harris, despite her path coming through objectively bumpy terrain. […]