On Saturday, Hahnville High School played host to the Gulf Coast Athletic Conference track and field championship meet – while a record-breaking Tigers alum made a very successful return to a track she knew quite well.

Among the schools competing was Dillard, for which Hahnville High alum Kevell Byrd stars. And in her return to Hahnville, Byrd was named the meet’s women’s track MVP, winning three individual events and also a part of two winning relay squads.

That helped add up to the Dillard women winning the GCAC Conference Championship – the first conference title in 11 years for the team.

“It feels great to make history,” Byrd said. “And this is just the start.”

Byrd entered the meet as the fourth ranked 200m sprinter, the fifth ranked 400m sprinter and the sixth ranked 100m sprinter in the country in her division.

She said she was a bit nervous before her return. 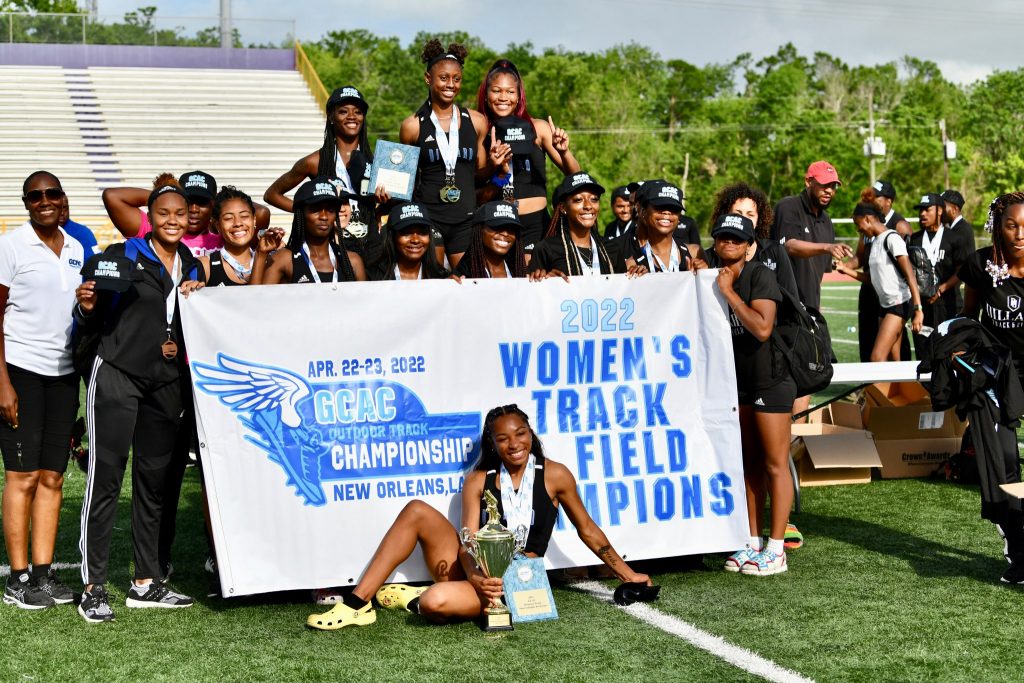 “My coach and my teammates were really excited for me,” Byrd said. “They were telling me, ‘You’re going back to your home turf,’ all that stuff … I was nervous, but once I stepped back onto that Hahnville campus, I was actually relieved. I get to come back home. I’ve been on this track a million times. I ran it for four years and I’m very comfortable there.

“I’m wearing Dillard colors, but I know this track like the back of my hand.”

Byrd said she felt charged up having her family members, former teachers and school supporters out there to cheer her on.

“That was pretty awesome. I really missed that track, I’m not gonna lie,” Byrd said.

Securing MVP honors was simply the cherry on the sundae. Byrd had earned numerous track MVP awards while competing at Hahnville, but she said doing it again, this time on the college level, served as a welcome confidence boost.

“Once you get to college, you aren’t going to win everything all of the time, and that’s OK,” she said. “But with this, it felt good to know, ‘Hey, I can do this again.’ It all really felt like I was going back to my roots.”