The shot soared off the bat of Ava Burkett – the latest of many such instances this season for the freshman – and Destrehan had found their groove.

Her home run helped spark the Wildcats, who rallied after falling behind by two runs early, ultimately rolling for a 14-4 non-district victory at home.

Burkett went 3-for-4 with a home run, a double and four RBIs. Makenna Ocmond went 2-for-2 with two triples and three RBIs. Makayla Thomas was 2-for-4 with a double and an RBI. And on the mound, Kandyn Mustacchia earned the victory.

For South Lafourche, Madelyn Bourgeois was 2-for-3 with a home run. Nay Nelson was 3-for-3 with three doubles. Allie Bossier took the loss on the mound.

It was senior day for Destrehan and the Wildcats showed up – both upper and underclassmen alike. Every DHS batter earned at least one hit on the day.

DHS had some offensive droughts at times this season, noted DHS head coach Kenneth Montz, but the team’s effort Friday showed the team’s potential once it gets rolling.

“I think early on, we had a bit of a lack of focus … but one time around the order and we were flying after that,” Montz said. “We swung the bats really well, played a lot more focused, a lot more relaxed.

“It’s no secret we’ve struggled swinging the bats at times this season, so hopefully a game like today helps us be able to get it going. Hopefully it’s something we can build on, get into the playoffs and make a little noise.”

Burkett’s home run was her ninth of the season – one in which she is batting over .700 in just her first year on the varsity.

Nine home runs in, she has no plans to stop. She’s been locked in all season.  “I looked over at the dugout and saw everyone cheering … I’m going up there worry free,” Burkett said of her shot over the outfield wall. “I’m having fun, knowing the team will always back me up no matter what … I just go up and I don’t hear anything. It’s just me and the pitcher.”

Montz said a strong debut season doesn’t come as a surprise, as Burkett arrived at Destrehan after flashing tremendous talent on the softball field as a middle schooler.

“Obviously, you never anticipate someone hitting for that kind of average, but we knew she was very talented based on what she’s done for the past couple of years now,” Montz said. “Offensively, she’s been everything we could ever ask for. I think she’s still scratching the surface of how good she can be. It’ll be very interesting to see how good she can get over the next couple of years.” 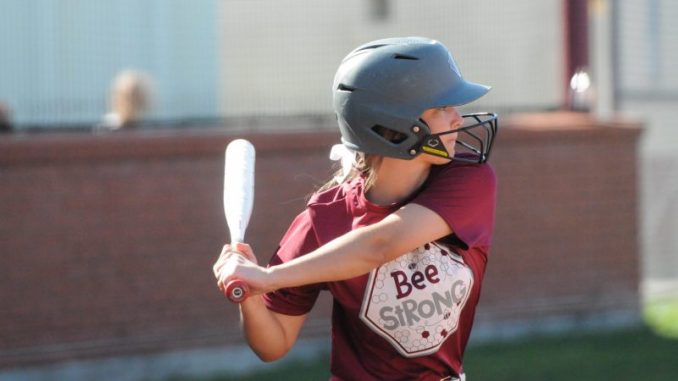 Her home run was an answer of sorts. South Lafourche took control early after a towering shot from Bourgeois cleared centerfield.

But Destrehan battled back and began stringing together extra base hits, taking an 8-2 lead. South Lafourche answered with a pair of runs, but Destrehan surged forward to close the game out in six innings by the 10-run rule.

The team honored its senior class before the game in its annual Senior Salute. The group hasn’t had a normal run over the past few seasons – a sophomore season cancelled early due to COVID, a junior year marred by an injury to then-ace Tyler Oubre and now a senior season on the heels of Hurricane Ida.

Their freshman season wasn’t normal, either, but for a far more positive reason – that DHS team made a run to the Class 5A quarterfinals, the furthest playoff run in the program’s history. Current senior T’Auna Fenroy delivered the game-winning single in the team’s second round upset of Northshore that season, in her freshman campaign.

“This group has been a part of a lot of big wins,” Montz said. “Maybe all of them weren’t on the field when we went to the quarterfinals, but they were a part of that. T’Auna is a four-year starter. Makenna Ocmond, she’s a 2-to-3-year starter and has played utility for us for years. This year’s team has a lot of youth and inexperience, but even with our older girls, they’ve been behind some really good players and are getting their first chance.”

Burkett said there was a little extra motivation to win for the senior group.

“We’re all upset to see them leaving, but it helped us a lot to know we’re going out there today to win this game for them,” Burkett said. “We were playing for them.” 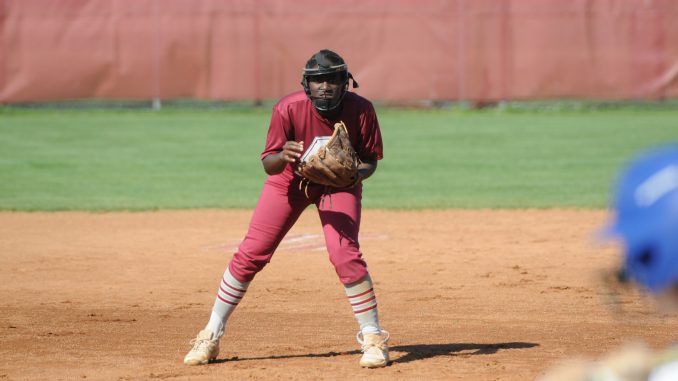 One School Board seat filled, another headed to runoff

The St. Charles Parish School Board has one new face – the District 4 winner – after Tuesday’s election, with a second seat – the District 2 spot – set to be filled in next month’s runoff. […]