Head to head with the only wrestler he’d failed to defeat in his 44 matches as a senior, Logan Brimmer was yet confident and poised in his state championship final match against defending champion Cole Ulfers of St. Paul’s.

He had a plan and executed it to perfection—and as result, Brimmer reigns as Division I’s 220 lb. state champion after besting Ulfers by a 5-2 decision, the Tigers’ senior finishing a stellar senior season with 44 wins and one loss.

“It felt unreal and surreal,” Brimmer said. “It didn’t feel real while it was happening. It felt like I was dreaming.”

It stands among the chief of many accomplishments for the Hahnville High senior, also an excellent football player who will be attending Louisiana College on an athletic scholarship to continue honing his skills in the latter sport. 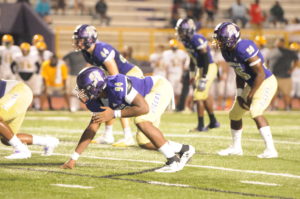 h was the lone victory for Brimmer that did not come via pinfall in a dominating tournament effort. On his way to the championship round, Brimmer defeated Ashton Freeman in the semifinals by a pinfall at 5:19; Tyler Tullier of Central-Baton Rouge by pinfall (1:42) in the quarterfinals; Kendrick Burton Jr. of East Ascension by pinfall (1:42) in round two and Blayden Laidlaw of Sulphur by pinfall in round one (5:18).

Ulfers had matched up with Brimmer once before this season and got the better of the latter. This time, Brimmer, along with HHS wrestling coach Dan Erwin, tweaked his approach and found the formula to avenge his lone loss.

“It was really a couple of small things … a very simple gameplan, and Logan executed it perfectly,” Erwin said. “(Ulfers) nearly got one on us early, thankfully it didn’t backfire. He was prepared well for something Logan went for early, and nearly got a takedown, but Logan was ready and he actually got the first takedown.”

It was a meteoric rise for Brimmer, who entered this year’s state tournament as Division I’s No. 2 seed at 220 lbs. Ulfers was the top seed.

He entered this season driven to succeed, motivated by the loss that ended his season a year ago. Brimmer entered last season’s state tournament as the state’s no. 4 seed. Needing one more win to earn a spot on the winner’s podium, Brimmer was disqualified for an illegal move. Erwin noted Brimmer was far ahead in points in the contest.

“That was one of his biggest motivations,” Erwin said. “He said at the beginning, ‘I’m not doing that again.’”

He rededicated himself. The two-sport star put together his best season on the football field, playing defensive end for the Tigers, then transitioned back into wrestling. 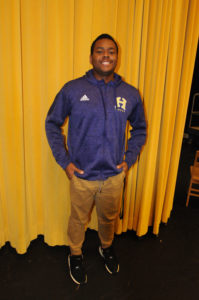 After breaking out as a contender as a junior, another year of refining his craft paid dividends.

“I felt like I could move around faster … it was just different this year,” Brimmer said. “I drove myself harder to be that guy. I had a different kind of drive. That goes back to the guys who came before me and what they inspired me to do.”

Brimmer was referring to a tradition of great Hahnville grapplers, including Kendrick Jones, a former state champion, and Tre’Von Honor, a two-time state runner up. Both came back during the season and Brimmer found inspiration in their words.

At one point, he won 31 matches in a row. At state, he was taken down just one time: on the season, opponents were able to secure takedowns of Brimmer on just seven occasions.

“Coach told me during one tournament, after someone took me down, ‘You do realize that’s the first time someone’s taken you down this season,’” Brimmer said. “I thought that’s just crazy. I never realized it. When I’m wrestling, I’m just focused on working and never stopping.”

Erwin said Brimmer is an example of hard work paying off.

“He’s not just a guy who is a freak athlete and won a title,” Erwin said. “He’s put the work in.”

Brimmer said his first round match was a tough one (“I wouldn’t have let myself lose in the first round, though.”) and his semifinal match against Freeman had a perilous moment where Brimmer tried to throw the latter, but was stopped and ended up on his back (“I thought I could get pinned there. I rolled out of it, but that was the scariest moment.”)

But in the end, he logged four falls in a row, then dethroned the defending champion.

“It’s been a lot of fun,” Brimmer said. “All of the congrats … my friends almost aggravate me with it. They almost don’t call me by name anymore, just ‘state champ.’ I like it, but I’m still the same person.”

It’s (almost) Mardi Gras time in St. Charles Parish, and the Krewe of Lul and Krewe of Des Allemands parades are set to roll through local streets on Feb. 18 and 19. […]