The Wildcats’  Marcus Jackson passed for three touchdowns – all to Kylon Harris – and rushed for another, while Cortez Fisher ran for two touchdowns as East St. John downed the Tigers, 38-16, in District 7-5A competition and a battle of previously unbeaten teams.

East St. John set the tone early Friday night, scoring its first points on the back of a 17-play drive capped by a Jackson rushing touchdown. The ball control, run heavy approach came as result of a strategic tweak by ESJ coach Brandon Brown, as the Wildcats’ usual shotgun spread gave way to a heavy attack bolstered by a few of ESJ’s defensive stars moving to play snaps on the offensive side of the ball. 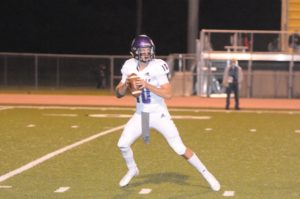 “They’ve been a spread team that likes to run inside zone and option, and throw it … they brought their studs from the defensive side to the offensive side. We have to find a way to get off the field,” Luquet said.

East St. John extended the lead to 12-0 when Jackson dialed up a pass to Harris that went for a score. The Wildcats followed that up with a Fisher 17-yard run.

Hahnville had a chance to strike in the first half that was derailed by a fumble inside the 10 yard line when East St. John’s Demetrick Lebouef stripped Trey LaBranch at the tail end of a long run.

The Tigers appeared to get an important stop in a bid to get back in it when they forced a punting situation, but the Wildcats called a fake – it proved something of a knockout blow, Fisher taking the snap and racing 75 yards to paydirt to make it 24-0. 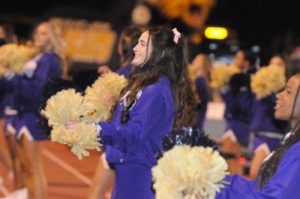 Hahnville answered with its first score of the night, Naquin rushing for a 1-yard touchdown after connecting with Dajon Celestine on pass down at the 1.

But ESJ slammed the door via back-to-back touchdown passes by Jackson to Harris that gave the Wildcats a 38-8 lead early in the fourth quarter.

“Hats off to East St. John. They had a great gameplan,” said Luquet. “I said from the beginning, they hired the right man over there in Coach Brown. That’s a good football team … at the end of the day, when Hahnville and East St. John play each other, (East St. John showed) the tempo and the energy you have to play with. We just didn’t bring it tonight.”

Sheriff’s office will auction off 25 vehicles

A total of 25 vehicles – including a Hummer, two Infinitis and several SUVs – will be auctioned off April 15 at the St. Charles Parish Sheriff’s Office’s public auction. […]

For the past two decades, mountain climbing has taken Texas resident Scott McCaffrey to four continents and dozens of countries in search of his next challenge. […]

Hahnville advances to second round, rolls past Chalmette

After Hahnville starting pitcher Laney Waguespack began Monday’s Class 5A playoff game with a strong first inning, HHS coach Jerry Nugent said he knew she “had her good stuff” that day on the mound – and from there, it would be a matter of the team’s offense finding a groove. […]

by APEX Bin Cleaning - 5 months ago