Albert Berggren’s average day includes hours and hours of practice to hone his skills as a gymnast, all after a full day of school.

It’s quite the grind – but Berggren is quite the athlete, and he’s got the state championship hardware to prove it after an inspired performance at the LHSAA state gymnastics tournament at Baton Rouge Magnet.

The Hahnville junior captured two state championships, one in the parallel bars (12.300) and the other in the pommel horse (13.000), making him the first boys gymnastics state champion in both Hahnville High and St. Charles Parish history.

He also earned second in the all-around competition (70.700, behind first place Evan Scully of Patrick Taylor), second in rings (12.500), as well as third, fourth and fifth place finishes in his other respective events.

“It felt really good, knowing how hard I work every day and earning that accomplishment,” said Berggren. “Being the first to do it in men’s gymnastics at Hahnville, I’m proud of it … if there are other men’s gymnasts to join the team, it’s something they can look at and maybe use to push themselves to work towards and get better.” 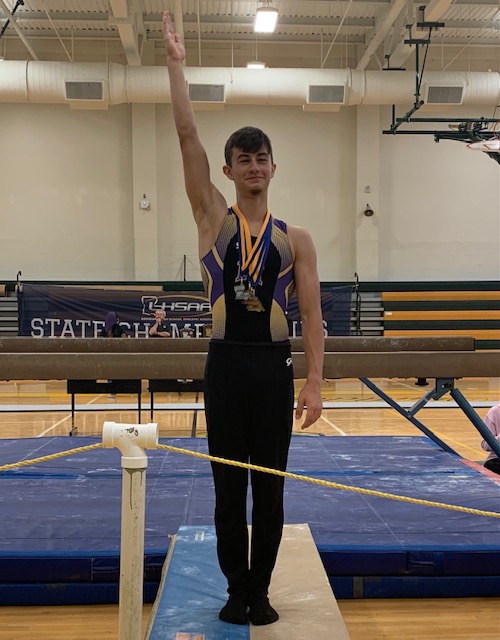 Berrgren is more than just the first to win a state crown – he’s the first male gymnast in the program’s history, which began in 2016.

For Hahnville, it continues a tradition for its young gymnastics program, which has now boasted a state champion in at least one event in all five completed seasons in its existence – Kamryn Ryan captured girls state honors for four consecutive seasons. Berggren will have a chance to push that number to six next year.

Berggren has been involved in gymnastics – almost literally – all his life.

“I started really young … one or two. My brother and sister both did it before me,” said Berggren. “I started competing at five to six years old and I’ve been doing it for awhile now.” 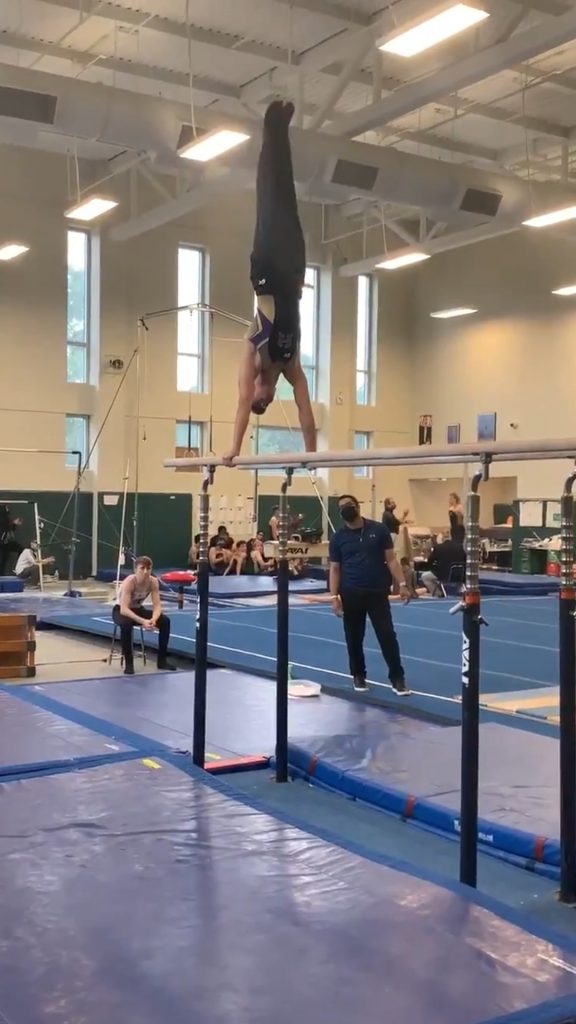 The spoils of victory are only part of what drives him. Berggren said he enjoys the process, taxing as it may be.

“Working out with my team is really the part I enjoy most,” he said. “Having something to do every day and work at … it’s helped me through some tough times.”

Berggren got his first taste of state competition in his freshman year, when he was one of three HHS competitors at the tournament in 2019, along with Ryan and Katie Kunkel.

He hoped to make a return there in 2020, but COVID-19 put a premature end to the season.

“That was crushing,” Berggren said. “I was really working and hoping for it.”

He waited two years for the chance to joust for state glory again, and he didn’t forget the lessons he learned as a freshman over the prolonged gap.

“I felt a lot stronger this time,” Berggren said. “I adapted to their equipment and I knew what to expect going in. It gave me more confidence in what I was doing to know what to expect as things went on … I’ve been to a lot of big competitions out of school with my club gym, but the atmosphere is just different. Different warmup patterns, you’re facing off with different people … so the experience really helped.”

Isabella Treuting knew she had done well for herself in school – she just had little idea exactly how well, in fact, until receiving the call notifying her that she was Hahnville High’s Class of 2021 valedictorian.  […]

Summer is the perfect time for a DIY project

With summertime just around the corner and big moves coming up for many high school graduates, one local shop owner says the next couple of months may just be the perfect time for some DIY home improvement projects. […]

Fourteen years after she first planted it in the front yard of her Des Allemands home, Shannon Brooks walked outside of her home on Good Friday and saw her Agave americana – or “century plant” – in a way she never expected to see it. […]