After several days of spring practice for the first time in two years, Destrehan capped off its spring at Wildcat Stadium Monday night with its Garnet and Gray spring game, an intrasquad scrimmage that saw plenty of highlights.

The first team offense and defense butted heads against one another, as did the second teams. Each side could earn points beyond crossing the goal line – for example, the defense would tally for sacks, tackles for loss and turnovers – though DHS coach Marcus Scott said at the night’s conclusion that score would be tallied after watching film, with the winning side to earn a special surprise reward this summer.

But there were plenty of explosive plays for fans to enjoy. Running back Shane Lee was a force, scoring twice on the night. One of the key developments DHS supporters no doubt noted, however, was what looked to be a far sharper passing offense than showed by a 2020 team that heavily rode its defense and rushing attack to the Class 5A state semifinals. 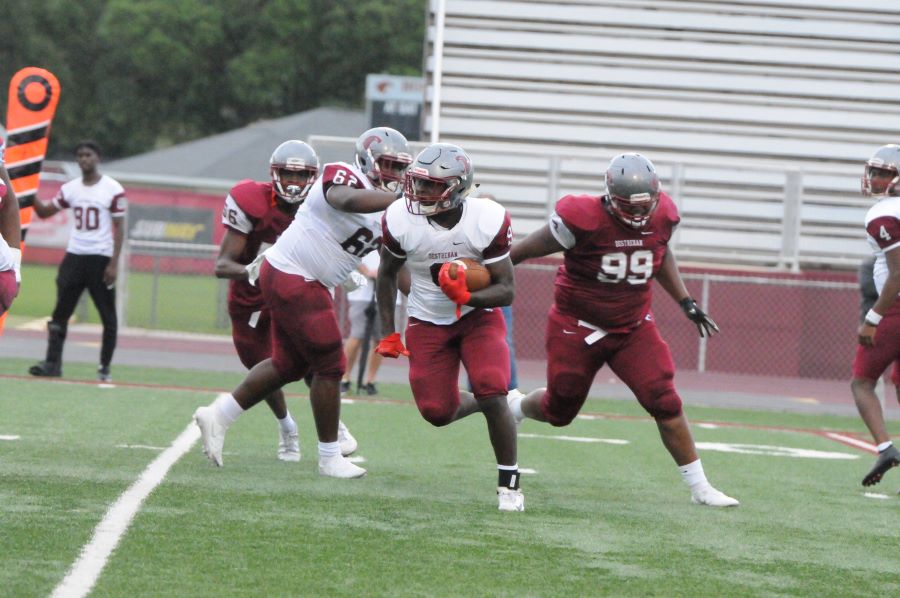 Quarterback Jai Eugene finished with three touchdown passes while splitting first team reps with Ross Rogan, who had a touchdown pass of his own. Leslie Jefferson proved among the most dangerous weapons on the field, hauling in touchdown passes of 60 and 20 yards from Eugene, the first a deep bomb down the right sideline and the second a strong catch of a jump ball in the endzone.

“Both sides of the ball, we’re going at it every day,” said Jefferson. “Somedays the defense does well, sometimes the offense comes out and catches them. It’s just a battle, day in and day out, because all of us have one goal and that’s to get back to the Dome.

“I think our passing game got way better. Our front five played great tonight and we can’t do anything without those guys. They protected and we ran it well … the defense held it down too and played a ballgame tonight.” 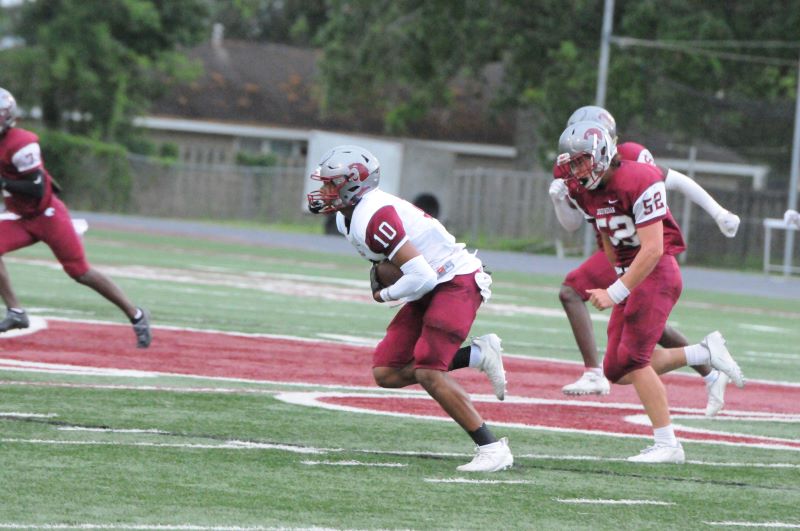 It concluded the first spring for second year Destrehan head coach Marcus Scott with the school, after COVID wiped out those practice dates a year ago.

“We got some quality reps on film to look at some things we’re going to spend summer correcting and getting better at,” Scott said. “I thought we ran the ball well and I thought both quarterbacks played well. We took care of the football, and I was really pleased with that.”

Destrehan split the scrimmage into several situation-based scripts, including set plays for driving the length of the field from the offense’s own 30 and sets beginning at the 30-yard line of the defense.

Lee, who shined splitting work as a freshman last season, earned the first touchdown run of the night early in the field-long sets.

Eugene showed off his arm, and Jefferson his speed, on the night’s second touchdown, where Jefferson caught the ball in stride and raced for the endzone.

The two combined again a short time later after the offense drove inside the 20, Eugene placing the ball high and Jefferson pulling down a high-point catch in the corner of the endzone.

“We practice the fade route a lot for that kind of moment, so when he told me it was coming, I took the outside release, looked back and caught it,” Jefferson said. “It was kind of natural for me just from the work we did in practice.”

Scott said the receiver is showing a lot of promise.

“He has a lot of talent,” Scott said. “He can do those things you saw tonight, attack the ball at its highest point and make plays down the field. We want to see him keep progressing. He’ll be a good player for us if he stays on track.” 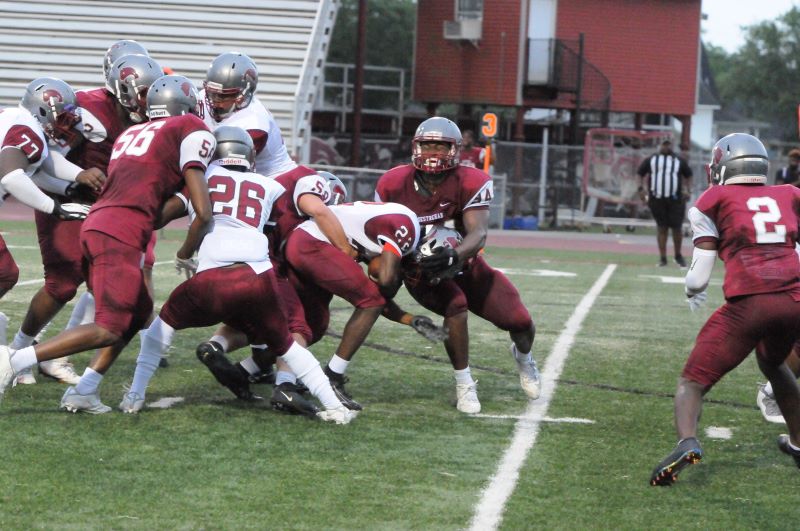 In the extended redzone portion of the night, Rogan connected with Lee for the first touchdown of that set. DHS would score once more on a five-yard pass from Eugene to Daniel Blood, who made an impressive catch in the front corner of the endzone.

Some highlights on the second team included a diving deep reception by Damion Young and an interception by Braylon Cryer.

DHS will soon shift gears for summer work, which will include 7-on-7 league participation in June.

“We’re excited for that chance,” Scott said. “We’ll be able to get a lot of reps and build more confidence in our passing game.”

Destrehan residents Larry and Mary St. Germain are in the running to win the SilverSneakers Member of the Year Award – a national award present to SilverSneakers members. […]