13 St. Charles Parish athletes made it official last week, finalizing their letters of intent on National Signing Day and announcing the continuation of their academic and athletic pursuits – and exactly where they’d be.

At Destrehan, Dylan Gibbs (LSU), Tyler Morton (Nicholls State), Breylon Charles and Jaden Harding (Lamar) and Michael Jackson (Holmes) signed on for football. Nicholas Morrow will head to Young-Harris College for soccer, while Daniel Martinez will compete in track and field at Dillard University. Tyler Oubre signed in December and was also celebrated on the day as she will pitch at Louisiana-Lafayette.

For Hahnville, Jacoby Celestine (Wisconsin Lutheran), Trey LaBranch (Mississippi College) and Collin Zeringue (Delta State) will continue on the gridiron as they extend their on-field accomplishments. Kevell Byrd will join Martinez on the Dillard track and field squad. Like Oubre, Claudell Harris signed in December and was also highlighted as he heads to Charleston Southern to play basketball.

Gibbs, a leader on Destrehan’s superb defense at linebacker, announced recently he was signing with LSU as a preferred walk-on. He called it the realization of a goal he’s had as long as he can remember.

“Ever since I was a little kid, I’ve dreamed of playing for LSU. This is all I’ve worked for, all those early mornings and late nights  … it’s really cool seeing hard work pay off. I’m just real excited to get up there and get after it,” Gibbs said. “When I got the call, I was feeling the whole time, ‘I can’t believe this is real. I’m going to LSU.’”

Officially signing hit him in a different way than simply announcing his intent.

“You know, hey, you’re going there, but it doesn’t really hit until you sign that paper… it’s just a great feeling. You cherish every moment of high school because it’s going by fast, but it’s really cool to make it official.” he said.

Meanwhile, Charles , a defensive end, and Harding, a cornerback, will get to keep playing together. The two are not just teammates, but family, as the two are cousins.

“I was always going to go to Lamar. He just talked to me, said I’d love to come with you,” Charles said. “It’s pretty cool. I like the coaches, how they asked about me, asked about my parents. It’s not just about athletics. ‘Is your family OK? Are you good?’ They just care a lot.”

Added Harding, “We get to bring Destrehan High School with us up there. It just feels great to go to college with somebody you know. This means everything because I’ve worked so hard to get to this position. I’m looking forward to getting to know new people and being in a new environment.”

For LaBranch and Zeringue, the two friends and teammates will remain connected, but now on opposing sidelines. Delta State and Mississippi College are fierce rivals within the Gulf Coast Conference, a shift in the dynamic for LaBranch, Hahnville’s standout running back, and Zeringue, who was often instrumental in blasting open holes for the playmaker to run through as the Tigers’ tight end.

“It’s funny how it worked out … we’re good friends, we hang out a lot and talk about it. And we’ll continue to be friends,” Zeringue said.

“Up until gameday,” he said with a chuckle. “Then we’re rivals.”

Zeringue said he really liked Delta’s family-like atmosphere, while the team indicated his size and physical brand of play would be a welcome fit to their operation.

Meanwhile, for LaBranch, it was a happy ending to a difficult situation. He broke out as a senior after backing up Darryle Evans in 2019, but he suffered a foot injury in the regular season’s final week against Destrehan and had to miss Hahnville’s postseason. Despite the injury, however, Mississippi College believes in the rusher’s ability to get back to form, where he made tacklers miss all season long for HHS.

“It feels good to know, even with my injury, I still have this opportunity to go play football and that Mississippi College believed in me,” LaBranch said. “I really like how the coaches and counselors get involved up there and what their academic program offers. To play there, you have to really be a student and that stuck out for me.” 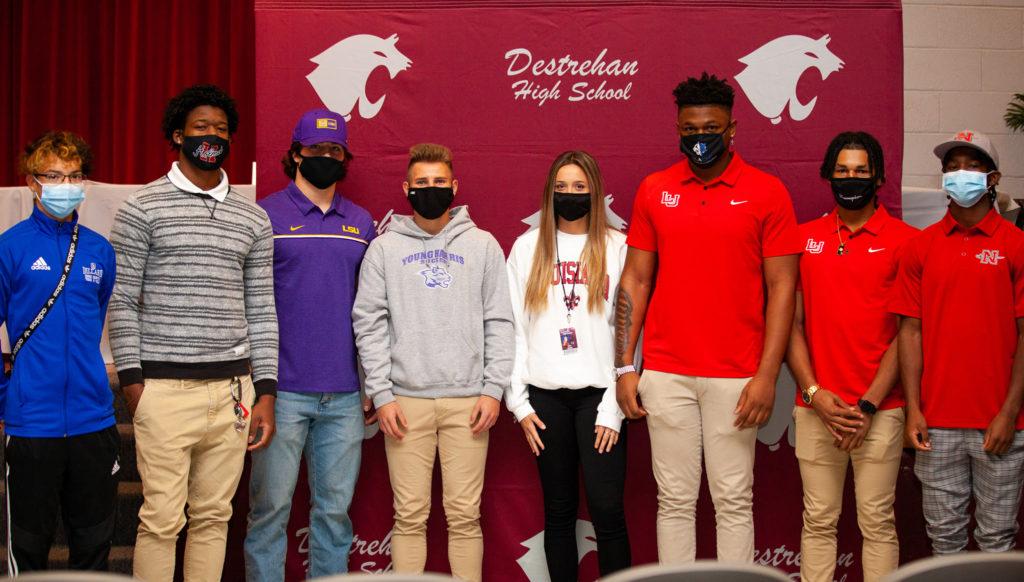 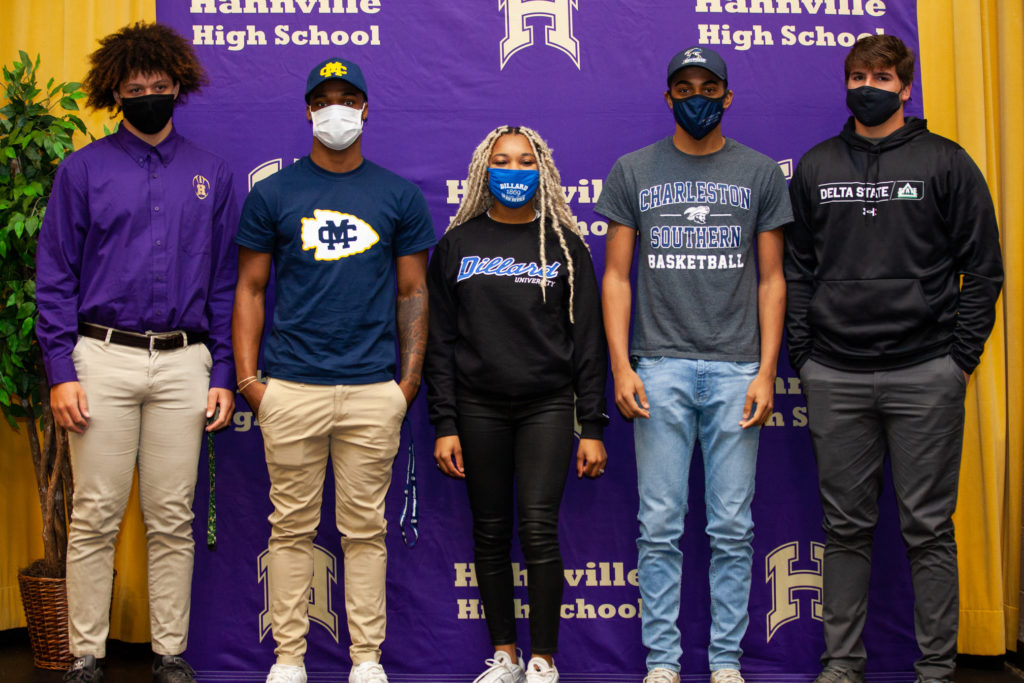 Jonathan DeJesus was never a runner, but the health journey that he decided to start in January 2020 changed that. […]