When John Carmichael took the mound for Destrehan Monday against arch-rival Hahnville, he entered the game having allowed just three earned runs all season – and yet just four wins to show for it.

The Destrehan bats exploded for eight runs, highlighted by back-to-back home runs by Shane Lee and Noah Simon, and Carmichael pitched a three-hit shutout as Destrehan felled Hahnville 8-0, creating a three-team sprint to capture 7-5A championship honors – but one Destrehan now controls.

“It was a great team win,” said Carmichael. “I was just trying to fill it up and make them put the ball in play, and I know the defense will make plays behind me … (winning a rivalry game) is why you play the sport. This is fun. Everyone came in locked in and ready … we were energized today.”

DHS (18-12, 7-2) has two district losses while HHS (15-17, 7-3) and Terrebonne each have three, and the Wildcats’ remaining district battles come against both teams, with a return match at Hahnville set for Wednesday at 4 p.m. If Destrehan wins out, they seal the outright district championship; other scenarios include two or even three-team ties atop the league to end the season.

“We’ve been preaching that all week, that if we close this thing out, go 1-0 over each of the next few games, we can win district, and that’s the goal,” said Destrehan head baseball coach Chris Mire. “But nothing is gonna be easy. We’re gonna go to Hahnville on Wednesday, and they’re gonna be ready. That’s a very proud program … they’re going to respond after today. It wasn’t their best day and we know we’ve got our work cut out for us.

“But I also feel like we’re locked in and we’re ready.”

But on Monday, Lee, Simon and Carmichael led the way for one of Destrehan’s most complete efforts of the season. Simon went 2-for-3 with two RBIs and a run scored and Lee went 1-for-3 with three RBIs and a run scored, both efforts including a home run. Carmichael went the complete game, striking out eight and walking none. Jonah Haslauer also had a strong day at the plate, going 1-for-1 with two walks, two runs scored and two RBIs. 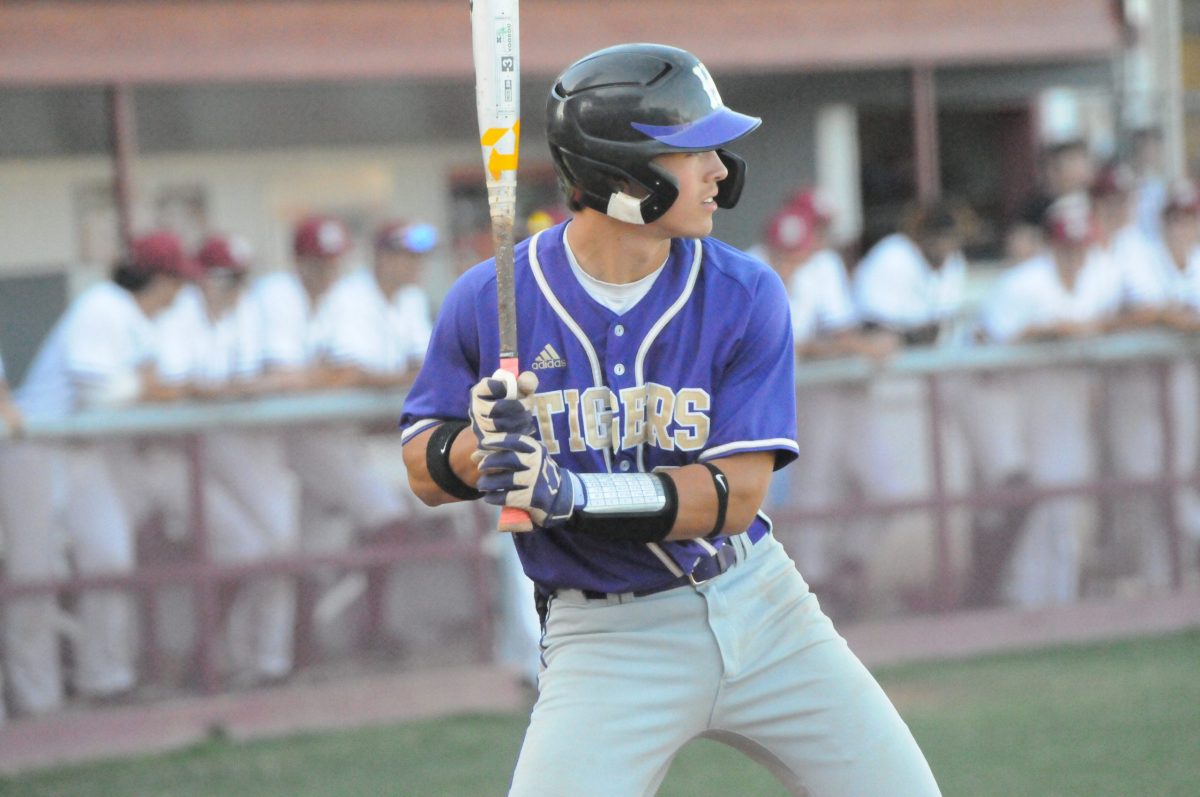 But it was Simon’s glove – and arm – that made the day’s first major impact. Hahnville threatened in the top of the second inning after Galland and Babin got on with one out. Carmichael recorded a strikeout next, but then Friloux singled to centerfield and Galland raced around third with an eye on scoring.

Simon secured the ball and uncorked a throw to home, where Jayse Degruy tagged Galland out to end the inning and the threat.

“He’s amazing,” Carmichael said of Simon. “A ball gets hit to him with two outs and you just know you can start walking to the dugout, because he’s going to make the play. He has a cannon.”

Cortez and Carmichael each nailed down 1-2-3 innings before Destrehan locked in at the plate in the bottom of the third, plating five runs to take control of the game.

Gage Harding singled and Cole Moran walked to lead off the inning. Cortez logged a strikeout, but Haslauer socked a double to right field to bring home the days first runs, putting DHS up 2-0.

With two outs, Lee walked to the plate and on a 2-2 count, he launched a rocket over the right field wall to make it a 4-0 game.

“When I got to the plate, I was just thinking I’ve got to bust this game open,” Lee said. “Something just told me you’ve got to put this one over, and I did it … it felt good. As soon as I hit it, I knew it was gone.”

Simon came up next for an encore and was just as impressive, sending a fastball over the centerfield wall for a solo shot to make it 5-0.

“(Cortez) actually made a pretty good pitch with two strikes, a changeup … Shane went down and got it, and he’s just so strong that he lifted it out,” Mire said. “I think after that a weight was lifted off the team. We got that first big knock, then Noah followed up with a pretty big knock itself, another home run, back-to-back.

“With Shane in the four-hole and Noah behind him, it gives us two really good hitters with a high baseball IQ that can do a lot of potential damage.”

In the fourth inning, Destrehan added to the lead after Moran, Haslauer and Carmichael loaded the bases with one out. Lee came up to bat and was hit by a pitch, forcing in another run to make it 6-0. Ditto for Simon, making it 7-0. Keston Granier’s sacrifice fly made it 8-0, more than enough for Carmichael and the defense to protect the rest of the way.

For a Destrehan team that’s relied heavily on pitching and defense for much of the season, the offensive power surge was notable and could bode good things for the coming weeks. A tweak to the lineup has coincided with an uptick in offensive production of late, as Granier was recently moved up to the six-hole, a spot that’s seemingly agreed quite well with the senior.

“He’s been a really big difference-maker over the last three or four games, coming up with some big hits,” Mire said. “He’s kind of taken off … he’s confident, he’s relaxed and he’s really starting to see the ball … it’s stretching our lineup and making us even stronger.”

Hahnville head coach David Baudry said falling behind a pitcher like Carmichael isn’t remotely a comfortable place to be, and that it put the Tigers in a tough spot. 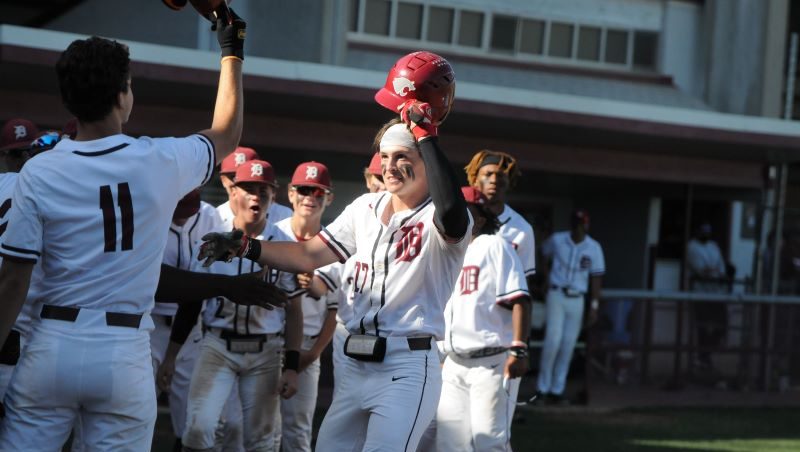 “We made pitches and they hit good pitches today,” Baudry said. “And when you fall behind a kid like Carmichael who’s pounding the middle (of the strike zone), he’s giving us nothing for free. You have to earn everything and that’s really difficult when you’re behind 5-0.

“The way Destrehan’s playing right now, they’re going to be very difficult for anyone to beat. They’re playing with a lot of confidence. Carmichael today, then Simon on the mound Wednesday, that’s a rough task for any team … we’ll get back to work tomorrow and see what we can muster up. We’ll play hard. We played hard today. It was just one of those days for us.”