St. Charles Parish deputies recently arrested a Thibodaux woman in connection with the armed robbery and attempted murder of a Lafourche Parish man. 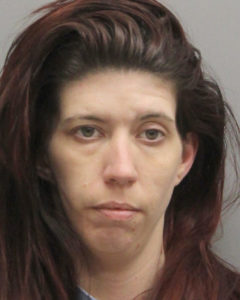 Amber Scott, 32, of 501 St. Charles Bypass, was arrested at Fairgrounds Off Track Betting in Boutte after a deputy recognized Scott as the subject of a BOLO sent out by Lafourche Parish authorities.

Scott is charged with attempted first-degree murder and armed robbery in Lafourche Parish. She also faces charges of obstruction of justice and four counts of being a fugitive by St. Charles Parish.

According to the Lafourche Parish Sheriff’s office, during the 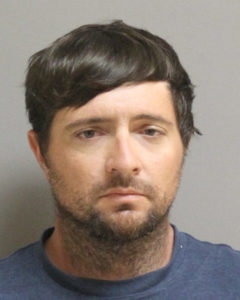 early morning hours of March 8, a man drove himself to a hospital in the Lafourche area to seek medical attention for injuries suffered during a robbery that occurred a few days prior.

The alleged robbery took place at the home of Scott, who was apparently exchanging messages with the victim leading up to her inviting him over that night. When he arrived at her home, he was allegedly met by Cody Dantin of Thibodaux and Preston Law of Gray.

Lafourche Parish police say Dantin, 30, pointed a rifle at the victim while Law, 36, began striking the victim with a bat. They reportedly stole a cell phone, shoes and a wallet containing cash and made statements noting their desire to kill the victim.

As the investigation progressed, detectives obtained warrants for Dantin and Scott for attempted first-degree murder and armed robbery, according to the Lafourche Parish Sheriff’s Office.

Dantin and Law were arrested by Lafourche Parish deputies on March 21.

Deputies detained both until a Louisiana Identification Card was found listing Scott’s identity. Usey was arrested as well when it was determined he knew about the Scott’s criminal investigation and knowingly lied to deputies, Grimaldi said.

Scott’s bond was set at $4 million at Nelson Coleman Correctional Center before being transferred to Lafourche Parish.

Usey, 32 and of 934 Highway 304, is charged with accessory to attempted first-degree murder, interfering with a law enforcement investigation and two counts of accessory to armed robbery.

Hurricane season is underway, and last week St. Charles Parish put on display a few of its latest measures to protect its residents from flooding. […]

Before heading off for school each morning, Kailie Carrigee has long heard the familiar refrain from her mother, Korie: “Be kind. Be humble. Be generous.” […]