You could forgive Karma Jones for being a bit nervous.

The 16-year-old Destrehan High School student and talented gymnast was with her teammates on the biggest stage she had experienced: the 2021 USA Gymnastics Championships in St. Louis, where they were competing in acrobatic gymnastics, which is like traditional solo gymnastics with a twist as the athletes work in teams of two and three.

But it wasn’t pressure that was getting to Jones, per se. She had recently broken her finger, and the strength she did – or did not – regain in the digit was going to be vital in a sport where elevating teammates is at the core.

“I just tried to put my best foot forward,” Jones said. “I wasn’t sure how we’d perform and was pretty surprised by the outcome.”

They indeed put together a strong performance and took ninth place at the national championship event consisting of so many of the very best gymnasts in the country. Jones along with Alora McCastle and Tai DeJean earned the honor as teammates under the Superior Acrobatics and Cheer Sports gym banner in Harvey. The group competed at Level 9. 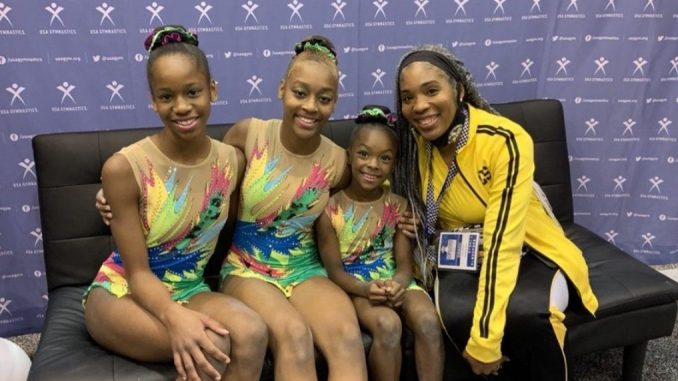 “It was really cool,” Jones said. “There were so many people there from different places, all across the country. You get to see these people at all different skill levels putting on a show. It was a lot of fun.”

Acrobatic gymnastics sees each group work together to perform acrobatic moves, dance and tumbling set to music. There are three types of routines – balance, with a focus on strength, poise and flexibility; dynamic, which includes throws, somersaults and catches; and combined, which as one might expect, blends elements of both.

Jones is already a 9-year gymnastics veteran, beginning when she was age 7.

“She started off a very shy seven year old … very quiet, but super determined,” said her coach, Kelli Wilson. “Her attitude is anything you ask me, I will do. She’s accomplished so much over the years. It’s great to see where she’s come from and where she is now.

“She has been a straight A student. She’s on everybody’s honor roll, president’s list … she drives 30 minutes every day to get here to practice and is just so dedicated. She deserves the accolades.” 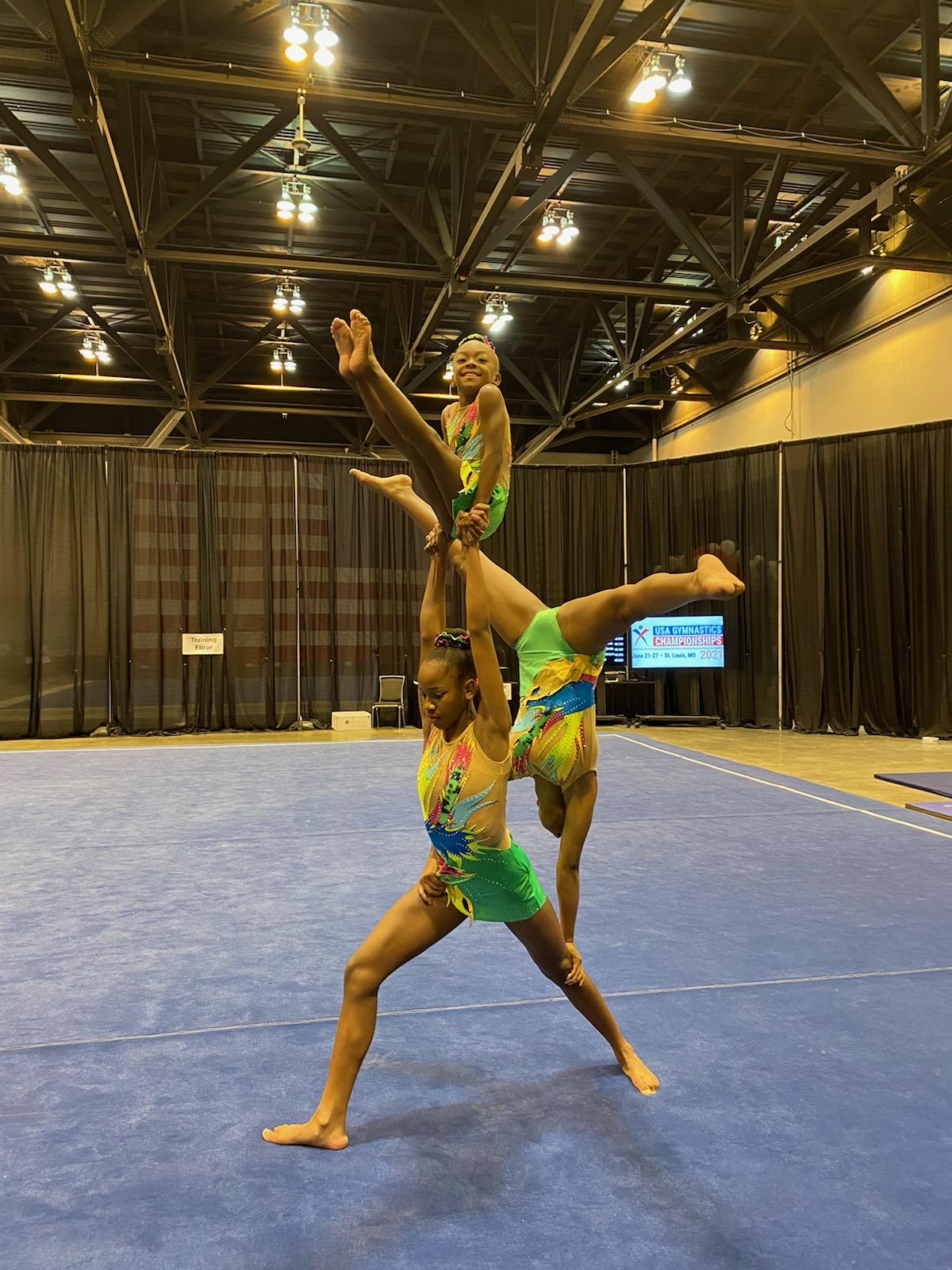 When Jones was exposed to acrobatic gymnastics for the first time at her gym, she was intrigued – and soon hooked.

“I saw them doing all this cool stuff and thought, ‘OK, I definitely want to get into this.’ You get to work with other people and build a connection. It’s really fun … you’re building different skills, and a lot of them seem really difficult and maybe impossible for you to do at first,” Jones said. “But then you work at it and learn it, and that’s the best reward – that skill is now yours, you have it.

“I love competing and being able to do these really cool things that nobody would think you can do.”

Now a team captain, she learns those skills through a tremendous work ethic. She estimates she spends about five to seven hours each day of working out at the gym, tumbling, stretching, working on conditioning – and building that connection with teammates she noted, among the most important aspects in a sport where trust and chemistry makes a world of difference.

An interesting aspect of the sport is these teams are not necessarily comprised between all athletes in the same age group or experience levels, either: for example, while Jones is 16, teammates DeJean and McCastle are 13 and 7, respectively.

She takes her role as captain seriously, and believes that as much as anything she can offer athletically, leadership is of utmost importance.

“I really think my biggest strength is communication with my partners,” Jones said. “Helping them stay motivated and building them up so we can go out there and be confident as a group.”

All the while, she’s an honor student at Destrehan.

“I don’t procrastinate my school work,” said Jones of her ability to balance her workload. “As soon as I get home, I get to my homework and study.”

The season is over, but she’s already looking forward to her next chance to step out on the floor – and fly through the air.