The news she had finished as salutatorian came unexpected to Paidon Gravois, even after she’d heard some talk of it in the week leading up — and even as the phone call came from Hahnville High to give the official word.

“The phone rang and I thought, ‘no way,’” said Gravois, who moments earlier had heard from best friend Rachel Yiu that the latter had been named valedictorian. “Rachel had just messaged me and my mom told me, ‘Paidon, they want to talk to you.’ I started crying.

“I never saw myself ever being in this position.”

Yet here she is, as result of her commitment, hard work and inner drive. Gravois is soon headed to LSU, and stands to become the first person in her family to go to college and graduate. Her desire to do just that has fueled her.

“I knew if I wanted to go on to bigger and better things, I had to be my own driving force,” Gravois said. “I come from a single mother family, and she always told me nobody is going to just hand you anything. You have to earn everything. So if I wanted to go off to college and become the first in our family to graduate, I knew I had to be that change myself.” 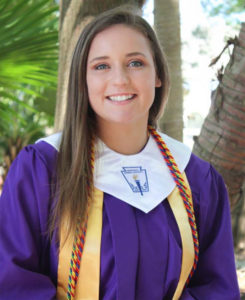 It’s led her to so many late nights of finishing assignments and preparing herself to excel in the classroom.

Recognition as salutatorian tells her it was worth it.

“It showed me all of the hard work really paid off in the end,” Gravois said. “I just feel really fortunate. It’s such an honor.”

She also credited her friendship with Yiu as a catalyst for her success in the classroom. The two have known one another since 8th grade and became close as freshmen, and over the years they’ve continued to push one another down a positive path.

While Gravois has always made good grades, she said Yiu spurred her to step things up a notch.

“As and Bs, every now and then I’d make a C. In 8th grade, though, she’d come out with all As and I’d be like, ‘wow, I wish I could do that.’ And she said, ‘Oh, but you can …’ We were constantly supporting each other, saying, ‘OK, make sure you get this done.’ We kept on raising each other, and so it’s cool we both got this (recognition),” she said.

At LSU, the Des Allemands resident plans to major in agriculture and extension education, which she sees as an avenue to become an agriculture or environmental science teacher down the line.

“I never saw myself ever being in this position.” — Paidon Gravois

She’ll minor in entomology, the branch of zoology concerned with the study of insects, revealing one of her more unique quirks — Gravois is crazy about bugs.

“I found my love of bugs in 4-H,” she said with a laugh. “I competed in a little identification of bugs contest. For some reason I was interested in doing it … I ended up winning first in the parish and then second in the state.”

Much to her chagrin, of course.

“I trained with the person who beat me. He got me by a point,” she said with a wry smile. “So he held onto that.” 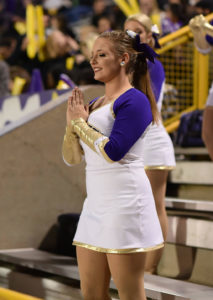 She said the chance to go to LSU provided a good opportunity to go off and enjoy the true college experience while not venturing too far away to see her family and friends regularly.

LSU is also the only school of her considerations that offered entomology, so the decision became rather clear.

Teaching is an avenue she realized she had interest in from her time as a team captain of the Hahnville Hi-Steppers, where she was able to emerge as a leader.

“I found I really liked that,” she said. “I had a great support system and got close with my teachers and sponsors … a lot of people looked up to me, and it felt good. So teaching seemed right.”

As municipalities across the country face dismal sales tax revenues in the wake of the coronavirus pandemic, the numbers in St. Charles Parish remain relatively steady. […]

For six Hahnville athletes, it may have been reasonable if they expected their signings to play at the college level to come without fanfare. The COVID-19 pandemic led to the postponement or outright cancellation of so many things in recent months that a signing day ceremony may have been thought to be far off the radar. […]

After establishing herself as a phenom in the world of horseback riding, Madison Johnson proved to be just as phenomenal in the classroom. […]