The New Sarpy neighborhood of Raelyn Cavallo and Kyle Schexnaydre is home to numerous homes that wear significant battle scars from Hurricane Ida – and for this couple, that means several others in their family are paying a major toll as well.

Between Schexnaydre’s parents and siblings, five properties – all nearby one another – took on considerable damage. Cavallo and Schexnaydre’s home is uneven after the storm shifted it off center. The ceiling is cracked and the carport destroyed, the latter sent into each of the couple’s respective cars. About a block away, Ida drove a tree into the home of Schexnaydre’s brother, Blake, where the ceiling caved in. Those were the two most damaged homes, Cavallo said, and making matters tougher, the two brothers are St. Charles Parish employees needed to tend to the recovery on a parish-wide level, dividing attention away from their own respective situations.

Schexnaydre’s parents live next door to he and Cavallo, and his sister lives next door to them. His father’s business, River Town Gutters, is next to his home on the other side.

The Schexnaydres’ father, Eric, who Cavallo said has traditionally been the family’s leader and rock in these situations, is battling cancer and has been unable to fill that role in the same way; their mother, Toni, is recovering from a broken leg.

“(Schexnaydre’s father) has been directing a bunch of women trying to clean up and do everything as best we can,” Cavallo said last Tuesday, just two days after Ida’s impact. “Blake and Kyle have been on call (since the day of the storm) and can only really take 30 minutes at a time on their own situation, even being the two with the most damage. We’re all either next door to each other or a block away from each other.

“You can’t dwell on it … you want to cry, but when there are so many tears around you, it’s up to you to be the strength that holds it all together.”

This is all new to her, and it’s learn as you go.

“But they say Louisiana women are the toughest men you’ll meet in your life,” she said.

Cavallo remembers Hurricane Katrina. It struck when she was 15 years old, and she and her family evacuated. This time, not so, because of the family’s extenuating circumstances. They rode out the storm.

“Because of how sick Papa is, they had to stay. And for us, if they’re not (leaving), we’re not, either,” Cavallo said.

As it was for so many that night, one in which the Category 4 storm hovered above and pounded the area for hours, it was a truly scary night. Cavallo called it a night of prayer, and said being surrounded by family allowed her to maintain a sense of peace through much of the event.

“We were consumed in prayer and love,” she said. “T-Maw (Toni) prays enough for all of us, just by herself.”

That peace was shaken, however, when her 10-year-old daughter watched the carport ripped from their home. 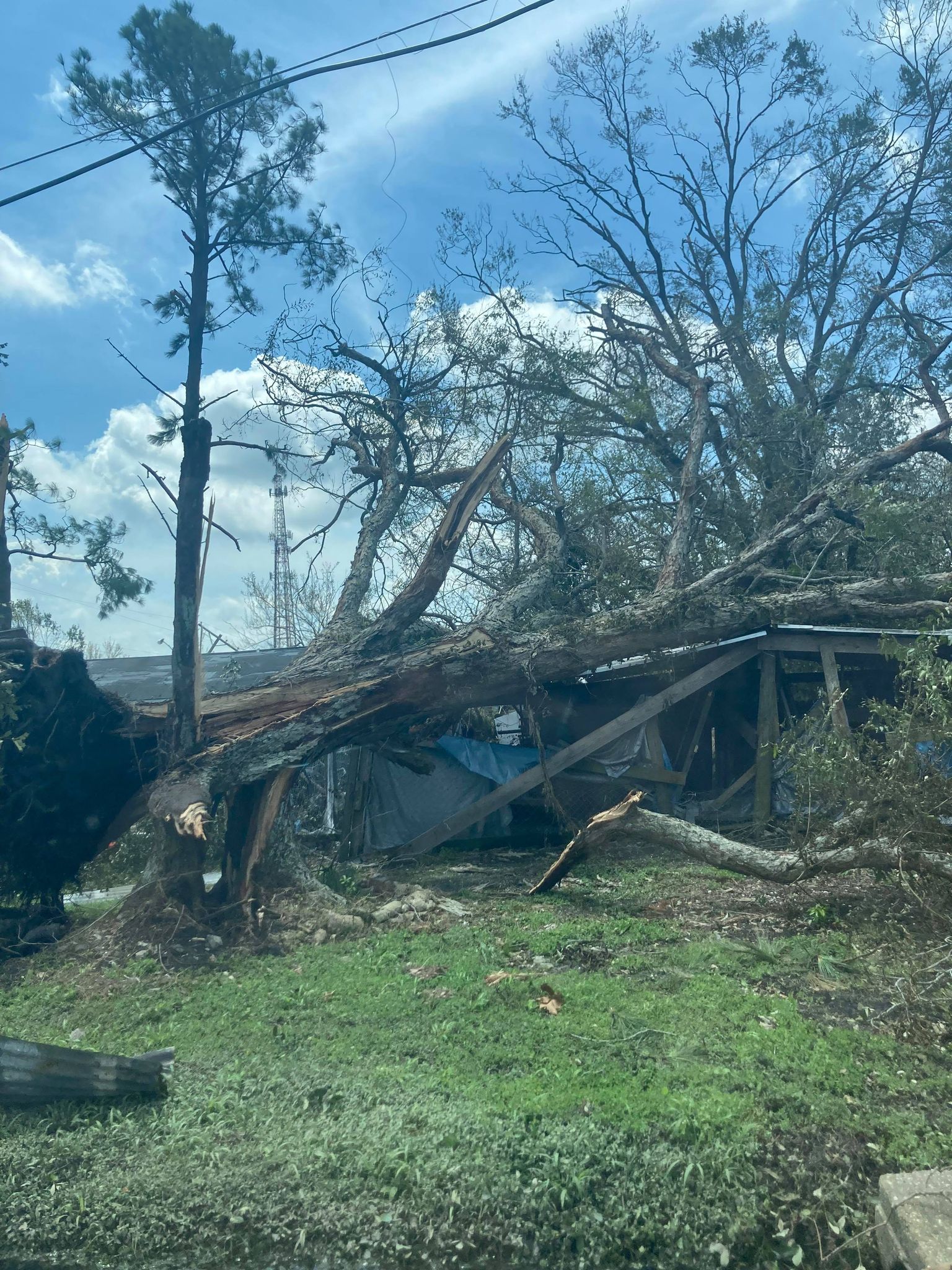 “She sat there crying, asking me why did we not just leave,” Cavallo said. “That’s the one time I cried. It was definitely an experience. I saw on Facebook, they say the daughters of Katrina are the mamas of Ida.”

They got through it, and despite that experience, Cavallo said she does not regret staying through the storm.

“I was part of the cleanup crew in my area, part of putting some order back for people who weren’t here,” she said. “I documented everyone’s damage and was able to start making preparations and working the next morning.”

It’s been one big family gathering at the home of Schexnaydre’s mother and father, the one home of the five powered up through a generator. 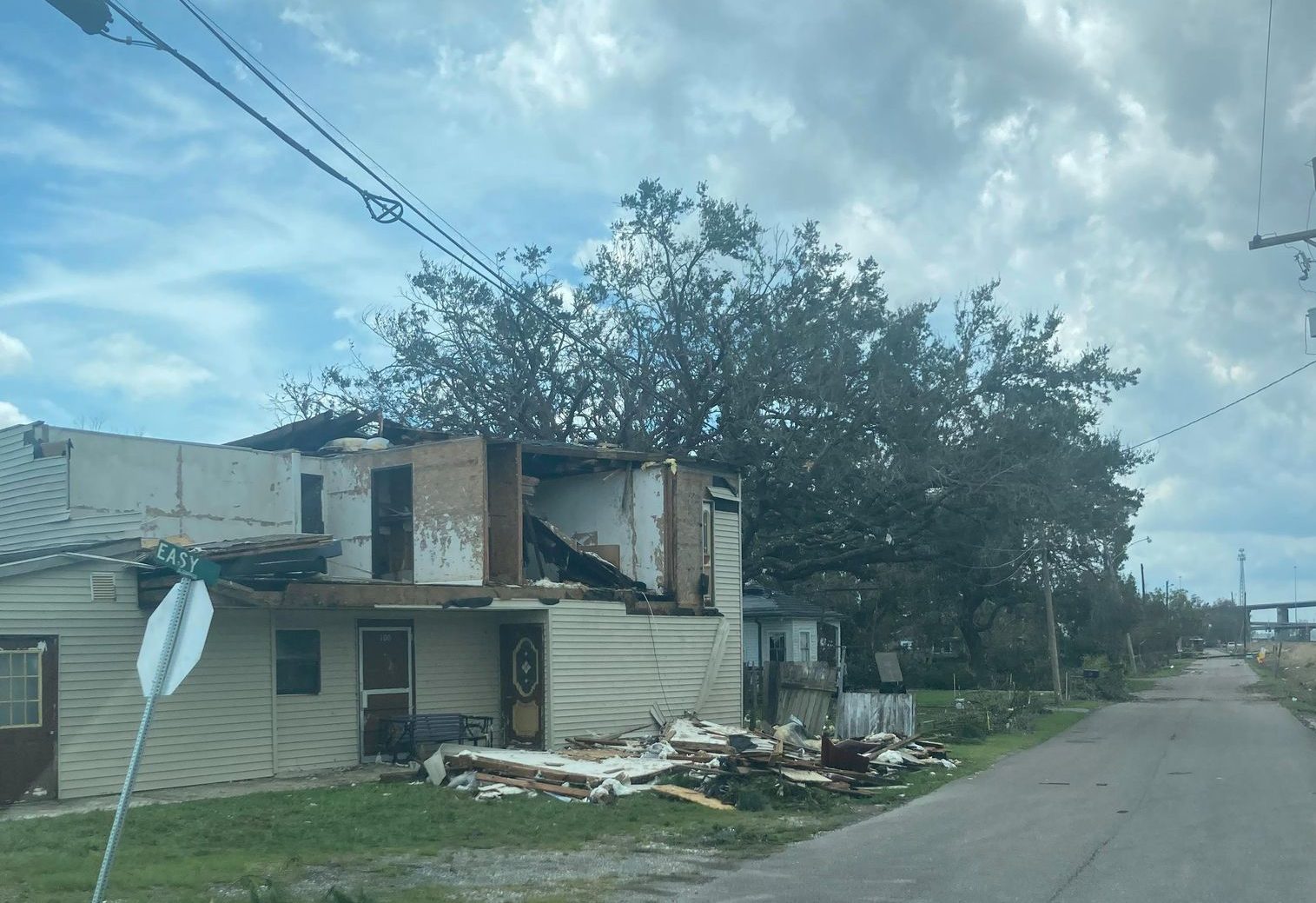 “They’ve got six people in their house right now who don’t have power (themselves),” Cavallo said. “And she (Schexnaydre’s mother) needs all the help she can get right now. She’s not working at full capacity either, she broke her leg around Thanksgiving. *(But) the Schexnaydre’s are known to be willing to give the shirt off their back.”

Though their own bounce-back from this storm is taxing, Cavallo said she also feels blessed, because for many, the damage has been far more severe.

“I have a lot of friends, in Bayou Gauche, in Des Allemands, who lost everything,” she said. “Houses flipped upside down. It’s like we’re dealing with two different storms at the same time.” 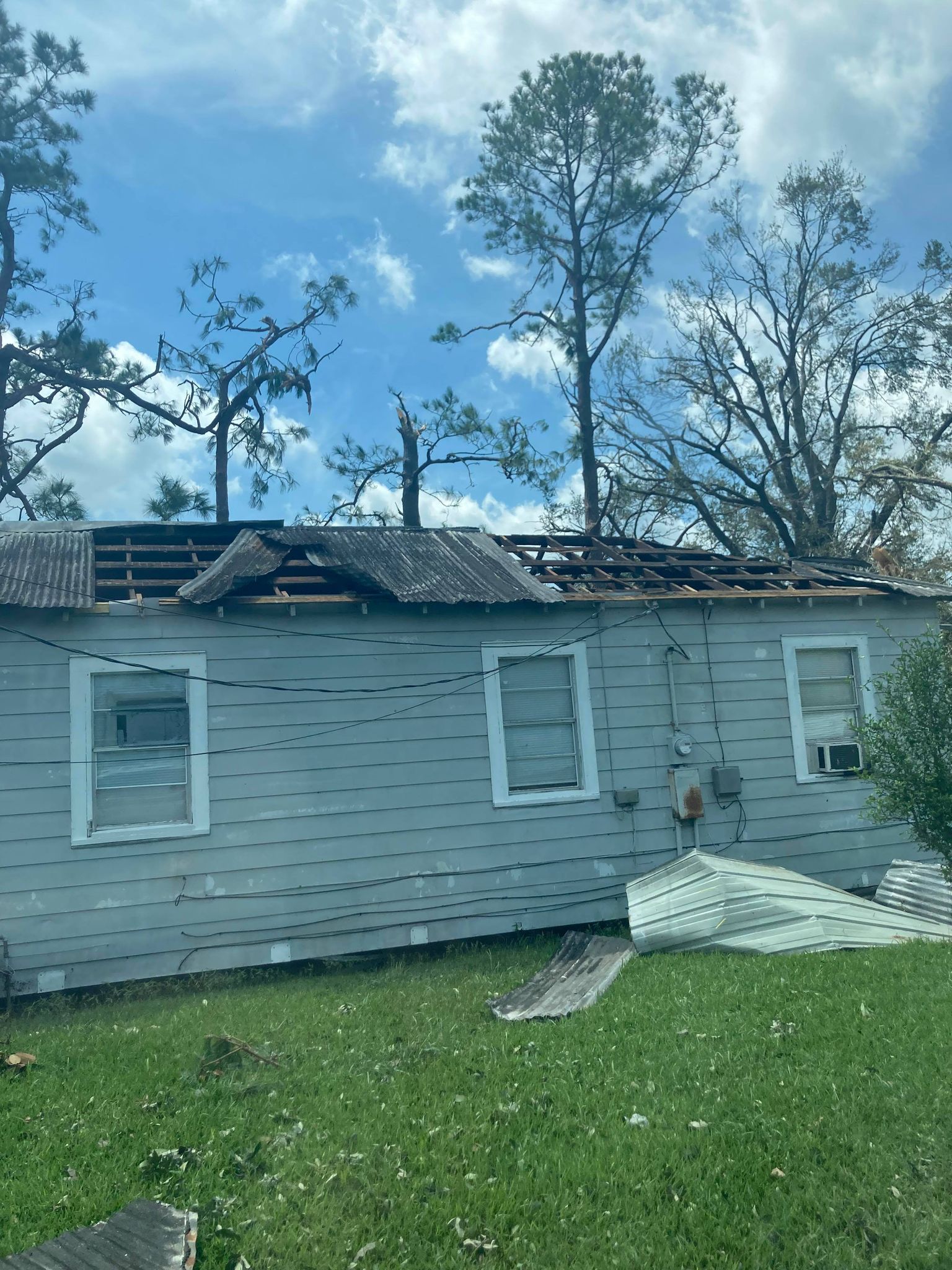 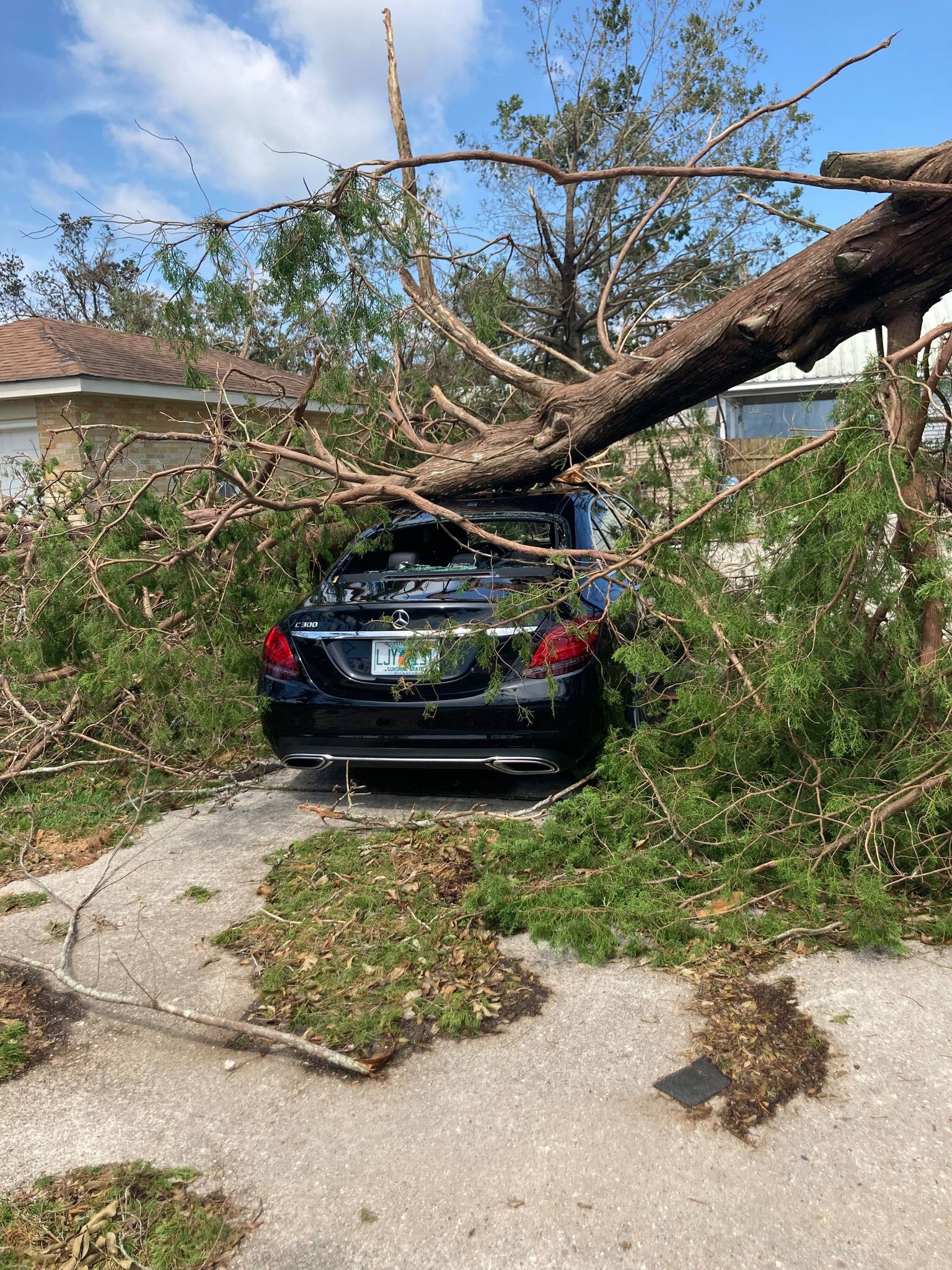 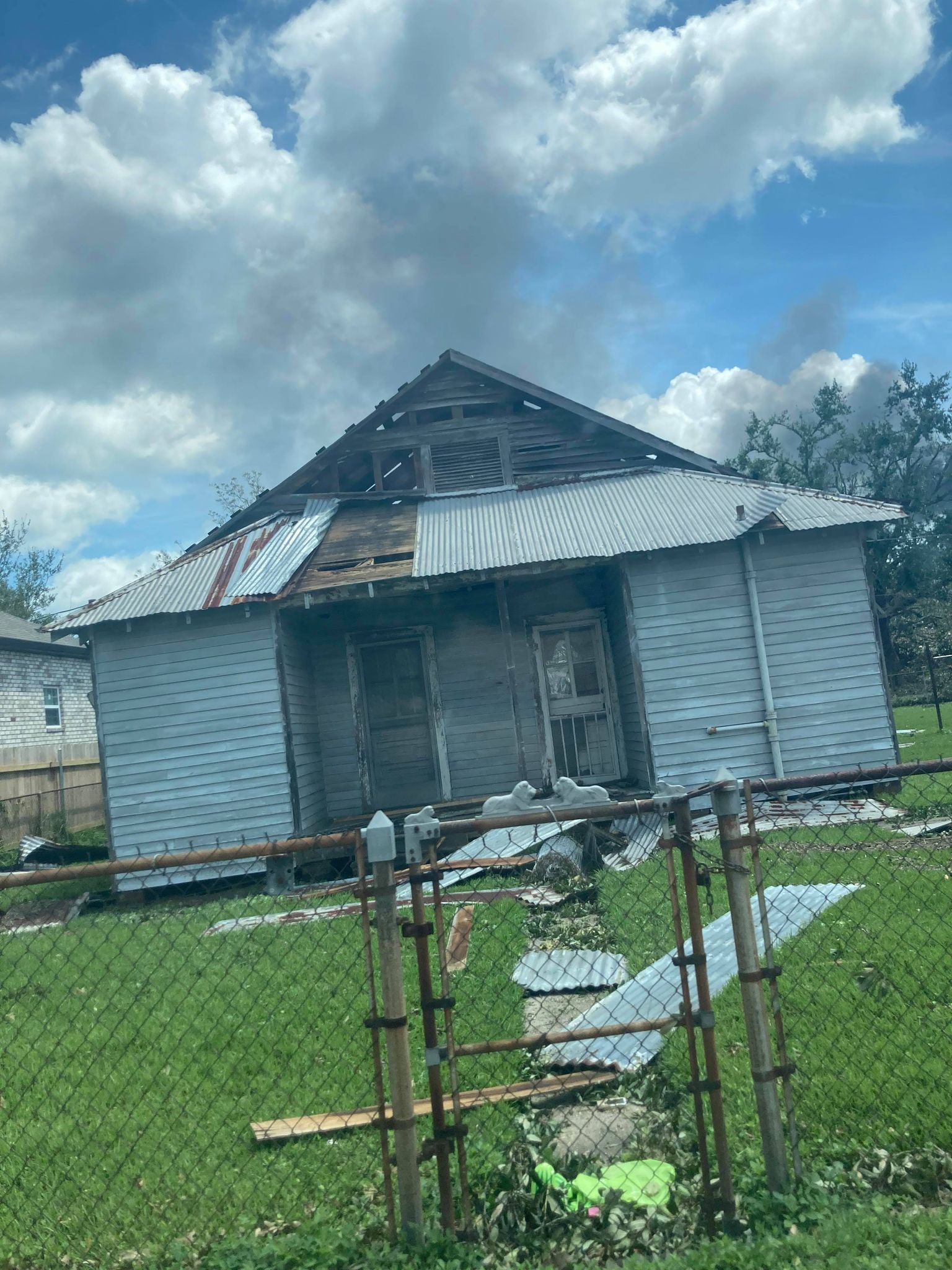 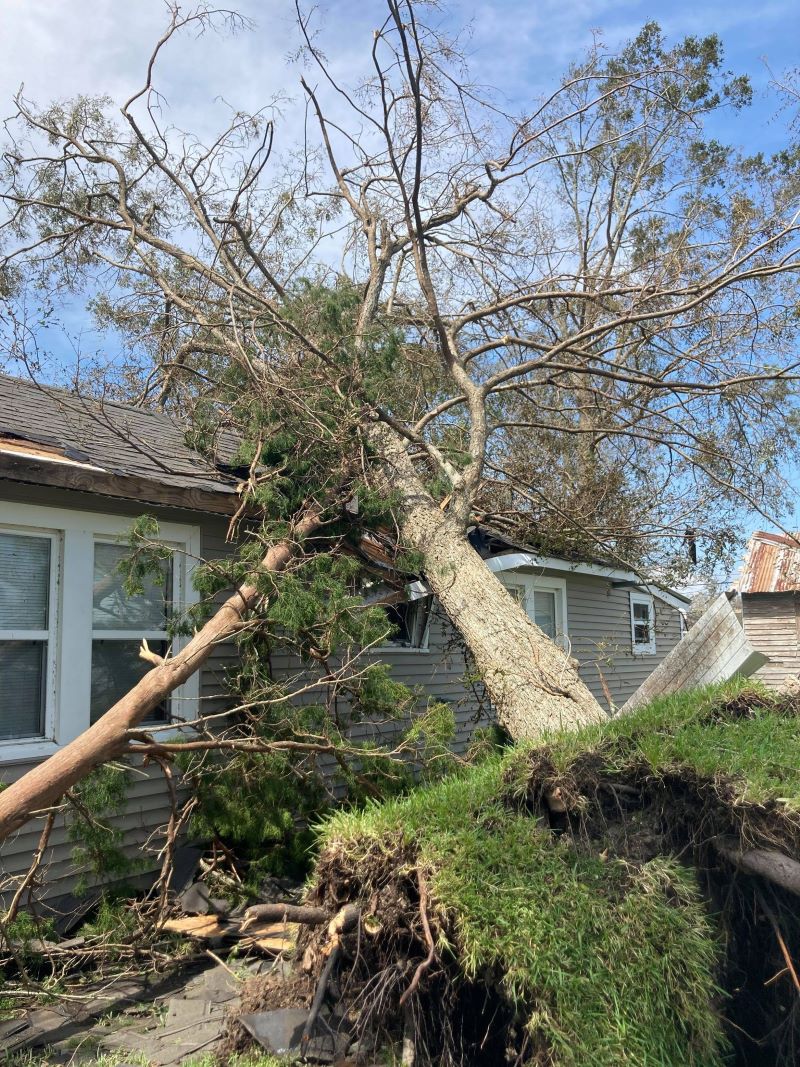 Many would likely deem the past two-plus years as unpleasant – COVID-19, followed by Hurricane Ida, has altered lives.  […]

Originally slated to open in early 2021, the owners of Luling’s PJ’s Coffee shop are now saying that their store should be ready to serve customers by late November. […]

Fans of tough, defensive-minded football games fortunate enough to witness Destrehan and Ruston’s quarterfinal battle a year ago no doubt remember it fondly – and are no doubt eagerly awaiting a second-serving of that, fittingly, […]