Woodson, a native of Waggaman, is a homegrown singer coming to the festival, said Tracy Smith, interim executive director at Destrehan Plantation. She will be among a planned lineup of at least five bands or acts – two on Friday and three on Saturday – when the festival debuts at the plantation on May 29-30.

“We are definitely having this thing,” Smith said. “We are on our way. I really think we can make this successful.”
Barbecue will make a nice addition to the area’s successful food shows like the United Way’s Battle for the Paddle, he said.

“We really wanted to do something different and we thought why not barbecue,” Smith said.

The competition will take place through the BBQ Competitors Alliance, which is a Louisiana organization that will sanction the event and judge the food at the plantation’s Mule Barn. Competitive events will include brisket, ribs and chicken. An Andouille cook-off also will be held. 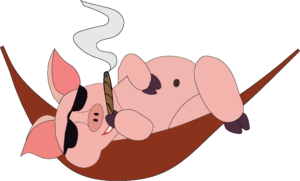 On Saturday, there will be a people’s choice event with each team getting two pork shoulders or butts to prepare for the public. The public can buy a taster’s kit and vote on their favorite team.

Smith anticipates the event will draw 30 teams or more.

Part of the draw will include at least five bands or acts, including Woodson.

“She used to perform here at the fall festival at the plantation when she was a little girl,” he said. “She’s up and coming.”

Woodson started at age 7 performing with the Texas-Louisiana Opry circuit and by age 10 had her own band performing at parades, parties and festivals. By 15, she was writing her own music and released the album, “I’m Movin’ On,” and in 2012 she moved to Nashville. 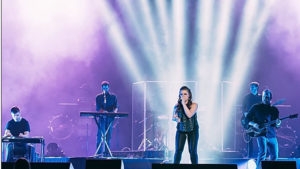 Three years later, she performed at the Hard Rock stage at the CMS Music Fest and soon released her first single, “Fan for the Flame.”

The event also will feature activities for children including inflatables, face painting and more. Standard fest fare, including hamburgers, hot dogs, funnel cakes, snowballs and more, will also be available.

“The fest is a fundraiser just like the fall fest and it allows us to continue the mission for the River Road Historical Society,” Smith said. “You’re contributing to a local community event and spending money locally.”

The society’s mission is to preserve history and provide education on Destrehan Plantation.

More than 100 businesses have been invited to a sponsorship meeting and breakfast on Feb. 11 to outline sponsorship opportunities for the show. Multiple levels of sponsorship will be available from $250 for “Friends of the Festival” to a “Main Festival Sponsor.”

The River Parish Tourism Commission has awarded an $8,000 grant to help with startup costs for the event, Smith said.

Destrehan’s streak ends in second round

Fresh off a road upset in the first round of the Division I girls soccer playoffs, Destrehan looked to make it two-for-two as the No. 21 seeded Ladycats traveled to Baton Rouge to face No. 5 St. Joseph’s in round two. […]