The St. Charles Parish public school system will see new faces in leadership for the coming school year, with a new superintendent and now a new assistant superintendent set to take the helms of their respective roles.

At this month’s meeting of the St. Charles Parish School Board, the district announced Erin Granier would step into the role of assistant superintendent of curriculum, instruction and assessment, following the departure of A.J. Pethe, who has been in that role since June of 2016. She will join new Superintendent Ken Oertling, who was announced earlier this year as successor to Felecia Gomez-Walker. Gomez-Walker is retiring.

The Jefferson Parish public school district announced this month that Pethe was joining its ranks as its new chief student support officer. He will begin working with Jefferson Parish on June 4.

“Like others throughout our state, I am excited about the renewed energy in Jefferson Parish schools,” said Pethe through a statement announcing his hiring. “I look forward to collaborating with everyone, ensuring equity for all kids, and helping shape the future of my community.”

Pethe’s roots with the St. Charles district ran deep. He was a part of the school system for more than 22 years after being hired as a teacher at J.B. Martin Middle School in 1997. He went on to fill roles as an administrative assistant at Lakewood Elementary, assistant principal at Hahnville High School and principal of Luling Elementary School before moving into the district office as its executive director of secondary schools and, ultimately, assistant superintendent. He is a former state principal of the year for his work at Luling Elementary, earning that honor in 2014.

Pethe’s position in Jefferson Parish is noted as responsible for removing “barriers and ensure students access to a quality education. These include areas such as student exceptionalities, wellness, and mental health.”

Granier, too, has long served St. Charles Parish Public Schools. Her 24 years in education have all been in St. Charles, including positions as teacher, teacher leader, assistant principal, principal, executive director of elementary schools and now assistant superintendent.

She called the opportunity “humbling and exciting.”

“Our teachers are second to none, and our team will continue to serve them and support their instructional efforts to ensure every student succeeds” — Erin Granier

“The thought of working closely with such a brilliant, hard-working team is both an honor and the privilege of a lifetime,” she said. “Our teachers are second to none, and our team will continue to serve them and support their instructional efforts to ensure every student succeeds.”

She said her own deep roots in the St. Charles school system only serve to make her even more invested in the goal of impacting students positively.

“This appointment has intensified my enthusiasm for an organization that I so dearly love,” Granier said. “I’m eager to dive into my new role and am confident our best years lie ahead of us. Together, we will continue to make (St. Charles) a top performing district.”

The district announced several other school district and leadership appointments at the meeting. 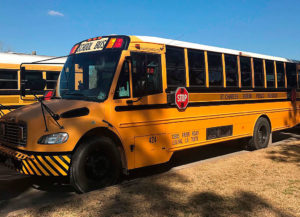 Earl Louis Simoneaux passed away on January 15, 2022 at the age of 86. He was born in Napoleonville, Louisiana on October 13, 1935 to the late Henry and Ann Simoneaux. Loving husband of Billie […]