Days before her second court hearing to request disclosure of her sealed adoption records, Stabile-Forristal solved her own case.

At just four weeks old, she was given away and became a “state child” although she was quickly adopted by a foster family who loved and cared for her.

By 18, the former Luling resident decided she needed and wanted to know her birth parents, not realizing it would become a 34-year battle with “archaic laws” aimed at keeping her from doing that very thing. 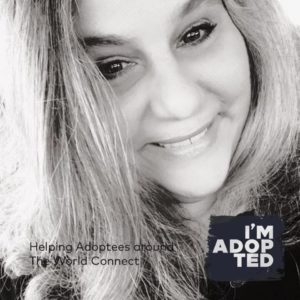 “The whole point of it is knowing who I am,” Stabile-Forristal said. “No matter how much I was loved by my family it was still a void, and obviously medical reasons were always on my mind, but the courts don’t look at it like that.”

Finding out about her birth parents proved to be a long, hard and costly journey that spanned decades. So much so, that by the time she solved the mystery in New Orleans, both her father and mother were dead. 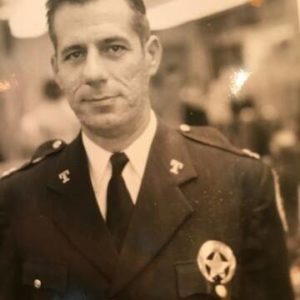 Her birth father, Raymond Ruiz, had died when she was 12 years old, according to records. He retired from the New Orleans Police Department as a major shortly after Stabile-Forristal was born, and later went on to form a special taskforce for then Gov. John McKeithen. Her mother, Marie Joyce Koury, died of cancer in 2009.

Her adoption was finalized in 1969. She went with her new family to Luling, where she lived for 20 years. Stabile-Forristal later moved to West Virginia where she lives today.

“I’m an adoptee trying to put my past and history together,” Stabile-Forristal said.

It’s possible Ruiz didn’t know about Stabile-Forristal. She was apparently born of a clandestine relationship between her parents with Ruiz then 42 and her mother, 20 years old. She has learned that her mother was heavily pressured by her grandmother to give her away.

But she learned her mother reportedly told her half-sister, Jill Molinario-Dalier, about her, although Jill apparently did not attempt to reach out to her. 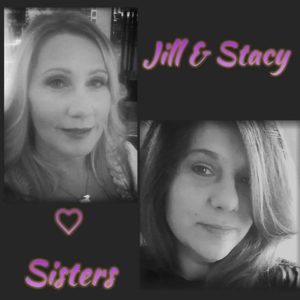 “I had to reach out to her via Facebook, which was odd and uncomfortable, but worth it,” Stabile-Forristal said.

A few months later, Stabile-Forristal reached out to her paternal half-brother, Raymond Ruiz Jr. of New Orleans, and connected with the family. He requested DNA testing and soon after getting results texted her saying, “Hey, little sis.”

In her continuing search, she later located her home of four weeks in New Orleans and went there.

“I sat in the car and cried because I knew it was where my life started,” Stabile-Forristal said.

Her mother never married and had no more children. The only other relative who knew of her existence was an Uncle Bruce Koury. He confirmed how much she reminded him of his sister.

“He remembered the lady coming to get me,” she said.

He recalled their mother crying constantly afterward, as well as the time years later when Stabile-Forristal called there when she was 18 and the grandmother refused to provide the number to her mother.

They were living in Marrero at the time, just 13 miles from where Stabile-Forristal lived in Luling.

“I just wish I could have known my mother and father, but these sealed records stalled me,” Stabile-Forristal said. “We shouldn’t have to expose ourselves to find our families. We shouldn’t have to do DNA. Why can’t an adopted person just get their records as many states are starting to do? It doesn’t have to be embarrassing for birth mothers.

“We can contact them discreetly, instead of weeding through DNA matches asking questions, exposing possible shame.”

It’s been a long battle met with resistance, aimed at preventing adoptees from reuniting with birth parents, particularly in St. Charles Parish.

“It completely eliminated my chance of meeting my mother whether she wanted to meet or not,” she said. “I could have known all this in 1986. Even if the parent is dead, adoptees can’t get the information about their parents.”

From sheer will, Stabile-Forristal refused to give up on her search, and connecting with her mother and father’s families changed her life.

“The first time I could fill out the medical form was monumental to me,” she said. “I knew what my father died from, as well as my mother. Before, I could just scratch it out and put adopted.”

She reveled over the simple gap in her front teeth because she saw it in her father’s family line.

“I’m the baby cousin,” she said of meeting her cousins for the first time in N 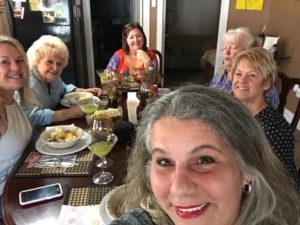 ew Orleans. “It was wonderful.”

Stabile-Forristal, who calls herself a “search angel,” uses the same “investigative genetic genealogy” to help others learn about their birth parents. The starting point is typically the DNA, starting to build a family tree and connect with their DNA matches to start identifying family.

She wants others to know what a relief it is for her to finally know her family.

Alice Mae Weber passed away peacefully on Feb. 6, 2020. She was born on Aug. 15, 1930, beloved daughter of Klebert and Celina Luquette Weber and sister of the late Betty Trepagnier. She is survived […]

The St. Charles Parish Sheriff’s Office is preparing its deputies should they encounter the super drug called “grey death” or heroin laced with synthetic opioids so potent it can kill by touch. […]