A 35-year-old Ponchatoula interior decorator has been accused of bilking customers out of money in at least four parishes, including St. Charles. 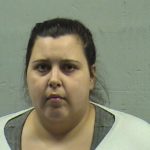 Danielle Gaspard, owner of Belissimo Interior Design Build, was arrested Feb. 21 in St. Tammany Parish on six counts of felony theft after bonding out of the Tangipahoa Parish Jail on similar charges.

The arrests come after numerous customers in the parishes reported Gaspard had taken money from them but failed to start or complete jobs.

The Lafourche and St. Charles Parish Sheriff’s Offices both have holds on Gaspard pending her release from the St. Tammany Parish Jail.

St. Charles Parish Sheriff’s Office spokesman Cpl. James Grimaldi said two victims, of no relation, have come forward accusing Gaspard of similar crimes against them. One victim is from Bayou Gauche, he said, and the other from Luling.

“Both incidents appeared to have started in or around November,” he said. “We began investigating the incidents around February 2020.”

Grimaldi said each victim was scammed out of approximately $18,000, and that in St. Charles Parish Gaspard will eventually face two counts or residential contractor fraud and two counts of theft greater than $5,000.

About Monique Roth 831 Articles
Roth has both her undergraduate and graduate degree in journalism, which she has utilized in the past as an instructor at Southeastern Louisiana University and a reporter at various newspapers and online publications. She grew up in LaPlace, where she currently resides with her husband and three daughters.
Website