After injuring a deputy while fleeing the scene, then fleeing again as deputies closed in on him and his girlfriend this morning (Wednesday), an Illinois man was taken into custody by the St. Charles Parish Sheriff’s Office. 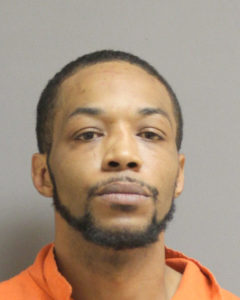 Lamar Lathan of Aurora, Ill., and his apparent girlfriend Tiffany Suggs of Yorkville, Ill., were both arrested and charged in an incident that started as a traffic stop.

At about 11:40 p.m. Tuesday, a deputy (not identified by the Sheriff’s Office) stopped a vehicle at U.S. Highway 90 and LA 306 (Bayou Gauche Road). When the officer asked Lathan to step out of the vehicle and it appeared he would instead drive away, the officer attempted to reach into the vehicle to disable it. Lathan instead accelerated his vehicle, also dragging the deputy with it a short distance, and fled the scene, according to the St. Charles Parish Sheriff’s Office.

The injured officer was assisted by a fellow deputy called to the scene. The Sheriff’s Office says he was treated and released from St. Charles Parish Hospital for moderate injuries. 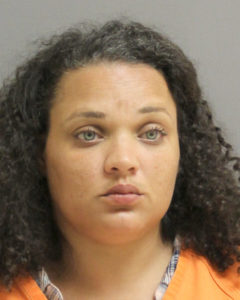 By Wednesday morning, Lathan and his girlfriend were located, but the suspect again fled the scene this time on foot.

By 7:45 a.m., the man was located and arrested on charges of resisting arrest by violence or force, aggravated battery, fugitive of Chicago, theft under $750, two headlights required, and possession of marijuana.

Suggs also was arrested and charged with possession of MDA – ecstasy.

Hahnville High representatives confirmed Friday that Jared Vial has been named the new head coach of the Hahnville baseball team.   […]

Luling man with Down syndrome lets nothing stop him