Nearly three years after Benjamin Bell was hired to get the St. Charles Parish Housing Authority off HUD’s troubled list, Bell himself has been fired for alleged accountability issues.

Bell got a unanimous vote of no confidence at the Authority’s Board of Commissioners Jan. 30 meeting, said Webb Jay, board chairman who is also serving as interim director until Bell’s replacement can be hired. 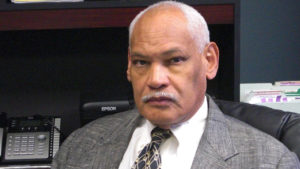 “The reason for his dismissal was the board’s dissatisfaction with his performance, as he did not timely or satisfactorily complete or submit reports to the board for review,” Jay said.

Bell could not be reached for comment by press time.

But Jay said, since Bell’s contract expired in February of last year, the board kept him on a month-to-month basis in an attempt to resolve his apparent lingering issues with late and/or incomplete information to the board. Jay added these concerns lingered throughout his entire two years on the board.

“With or without reason, we were well within our means to do that,” he said of Bell’s firing. “The board was tired of the communication style with requested information.”

The board sometimes got Bell’s information the day of the meeting rather than the 10 to 14 days needed to review it, Jay said.

While the board ultimately questioned whether the authority had financial issues connected to Bell’s poor reporting, Jay said there are none. The authority reserve is low, he added, but it’s due to unexpected expenses like broken pipes from recent freezing weather.

“The determination to let him go was based on the last two years of the Board of Commissioners requesting financial statements and the reports,” he said. “We get a pack from the executive director before every commission meeting and, most of that time, that pack was incomplete or it was late.”

Jay said the commissioners decided Bell wasn’t a good fit for the agency and will begin the search for a new director this month. They hope to fill the position in three to four months.

Bailey said, “We’re going to move forward and make it a better environment for our residents.”

In 2015, Bell was hired to get the authority “back on track” when Leala Jackson stepped down as executive director. Federal and state audits had cited the agency for mismanagement, as well as HUD requesting repayment of $674,000. It had also been placed on HUD’s troubled housing authority list. Jackson stayed on as program manager.

Tyrell Cornwell, then an authority commissioner, also served as interim director until a nationwide search resulted in Bell’s hiring.

“He had an outstanding resume and, of all the candidates, we chose him,” Cornwell said. “I believed in him with what he had to offer. He had the paperwork that would make you impressed.”

Bell brought more than 30 years of public housing experience to the position, including managing housing projects in Chicago and New Orleans. At the time of his hiring, he said bringing the Housing Authority off the trouble list was 80 percent of his job and implemented measures to monitor operations, implement work orders and collect rent money on a timely basis.

The authority’s capital budget encompasses two programs, which Bell said at the time was Section 8 at $1.4 million a year, and low-income housing representing $730,000 a year.

Suspects are innocent until proved guilty in a court of law. Arrests Dale Lirette Jr., 31, of 2414 Highway 1 in Raceland, was arrested May 5 and charged with obstruction of justice, reckless operation without […]

Many St. Charles Parish residents are enjoying a small sense of normalcy as several of their favorite businesses and restaurants are reopening after coronavirus-related closures. […]