“I’m still shocked that I’m in the position I’m in,” said Harry Hurst Middle School’s celebrity science teacher. “I’ve been relatively healthy and super busy … always moving. Yet, I’ve been in the hospital more this summer than my entire life, and I’m still in a little shock that this is me.”

This neurological disorder, also known as GBS, causes the body’s immune system to mistakenly attack the nervous system or network of nerves outside of the brain and spinal cord. It affects one person in 100,000 a year.

The cause of GBS is unknown and there is no cure. 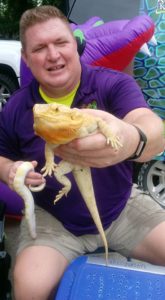 Symptoms vary per person, but Guillot has been dealing with drop foot, a paralyzed leg, fatigue, shortness of breath and extensive pain since March when the symptoms first emerged. By May, when they lingered, he decided something wasn’t right and went to a doctor. A surgeon determined his condition was more complicated and routed him to a neurologist, who aggressively tested him and pinpointed issues with his back and nerves.

It wasn’t until a spinal taps showed Guillot’s protein levels were twice as high as they ought to be, which led to the diagnosis of chronic GBS. By then, he had an abscess near his spine that is still requiring treatment and surgery.

“I’ll have it the rest of my life,” Guillot said. “It’s how much will I get of these treatments to manage it.”

In early July, he started getting these treatments and then hope.

“When I got out, within two weeks, my paralyzed leg wasn’t paralyzed anymore,” he said. “I didn’t know if I’d feel that leg again. I was excited. We got that first part down.”

The next step was back surgery, which he had done on Aug. 8.

But he didn’t do it until after he visited fellow teachers at Harry Hurst Middle School on the first day of school, where he’s been a science teacher for 25 years. It’s also where he founded the nationally recognized Wetland Watchers and earned numerous recognitions for his efforts to teach children about nature. 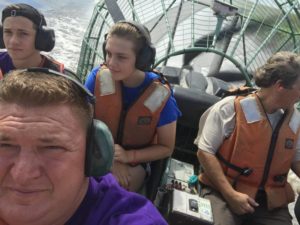 Under the lingering pain of GBS, however, this typically focused man found himself questioning his life.

“I looked back at my life and at the lowest point … and I had trouble finding a lower point in my life than where I am now,” he said.

Even so, Guillot still found a way to reconcile the changes in his life, and it came with his decision to focus on the things he can control and make stronger.

He also found Netflix, which has helped him get through his hours-long treatments for his illness. Guillot’s favorite show is “Nailed It” and even though he can’t have many of the dishes featured, he loves the competition.

Guillot is the creator and coordinator of the LaBranche Wetland Watchers, a nationally recognized service-learning project that has helped nearly 8,000 students volunteer over 40,000 hours since the project’s inception in 1998. 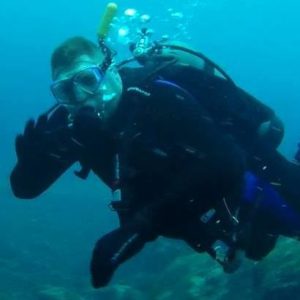 Last year, he was named Louisiana Wildlife Federation’s Educator of the Year, as well as starting the Reptile Krewe – Animal Encounter business to feature his reptile superstars. All of them are adopted or rescued animals, including Iggy the partially paralyzed iguana and Amadeus the 100-pound tortoise saved after Hurricane Katrina left him wandering lost in New Orleans East.

They – and many more – are all cared for at Guillot’s Luling home.

Swamp School has drawn hundreds of children and still more coming. He was named St. Charles Parish Rotary Club’s Citizen of the Year for 2007 and received the Angel Award from the Blue Cross and Blue Shield of Louisiana among seven people selected for outstanding volunteer service on behalf of Louisiana children.

Many of the people who experienced his dynamic educational style in living classrooms also commented on his Facebook page, which he said is helping him get through this challenging chapter in his life.

Facebook well wishers have left so many words of encouragement that him recounting their support brought him to tears.

“Some say ‘Don’t get your meaning from Facebook’ but it has been an inspiration for me,” Guillot said. “I love my life just reading about how I’ve affected other people. It all adds up to who I am.”

He added, “When I read all that, I think how can I feel sorry for myself when I see the life I’ve lived? I’ve got to make myself strong so I can get back out there.”

Guillot doesn’t hesitate to explain his life relies on the next step he takes every day.

“I love my life just reading about how I’ve affected other people. It all adds up to who I am.” – Barry Guillot

What may seem a low number to others is part of the fight for Guillot.

Not only does he plan on boosting those steps, he’s planning on resuming biking and swimming, too.

“I’ve had a lot of people who are spiritual advisors helping me to release what I can’t control – and that was a big deal,” Guillot said. “Emotionally and physically, it’s been a huge battle. There were a few times I got kind of low.”

No one will let him stay that way.

His parents took turns with him at the hospital, and many friends have brought food to make sure his son has something to eat returning from school. 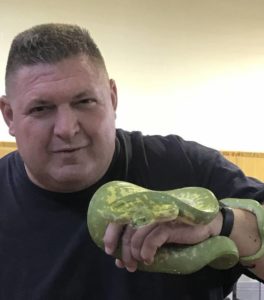 “I love our community,” he said. “I’m really blessed to have the friends and family, and be surrounded by the people I am. It doesn’t give you a chance to go down. I have to look up and know I’m going to be okay.”

Despite GBS, Guillot is taking a stand with plans to return to the classroom on Oct. 22.

“I get scared, but I try not to think about that,” he said. “It is surreal to find out at this point I have a debilitating disease, but I’ve come to terms with it. I’m going to live with it. It’s just another part of who I am now. I’m not going to let it keep me back. I’ve got too many things I want to do.”

And one of them is doing what Guillot loves most – teaching.

Each year as the temperature climbs outside interest in water-related activities inevitably rises as well. And while in past years the Ormond Splash Park has opened in May, damage from Hurricane Ida will delay that early of a start this year. […]

“I’m trying to deal with being without her, and I feel connected to her when I’m serving.” […]

Hahnville advances to 5A quarterfinals with win at Live Oak