When cars slow down when passing his family’s Cottage Drive home in Luling, Cameron Sumrall cannot help but smile.

Inside those cars are neighbors, friends and strangers alike marveling at the holiday display the Hahnville High School freshman has put together, a crew of inflatable characters that make it difficult to not feel a rush of Christmas cheer.

It’s something Sumrall has done for years, but not quite to this level. His 2021 decorative display is his biggest and best yet – and that was the plan.

“I thought this year felt especially important,” Sumrall said. “We’ve been hit so hard in this community by Hurricane Ida. Everything was a mess, so I wanted to bring some happiness to people as they clean up and build back their lives. This one’s the biggest display. I’ve done some big ones before, but nothing like this.”

Snowmen, polar bears and angels adorning the front lawn help to inspire that joy, as does Santa, of course. His reindeer are in tow. One snowman jazzes the scene up while playing a tune on his candy cane saxophone for visitors as they walk or drive up. 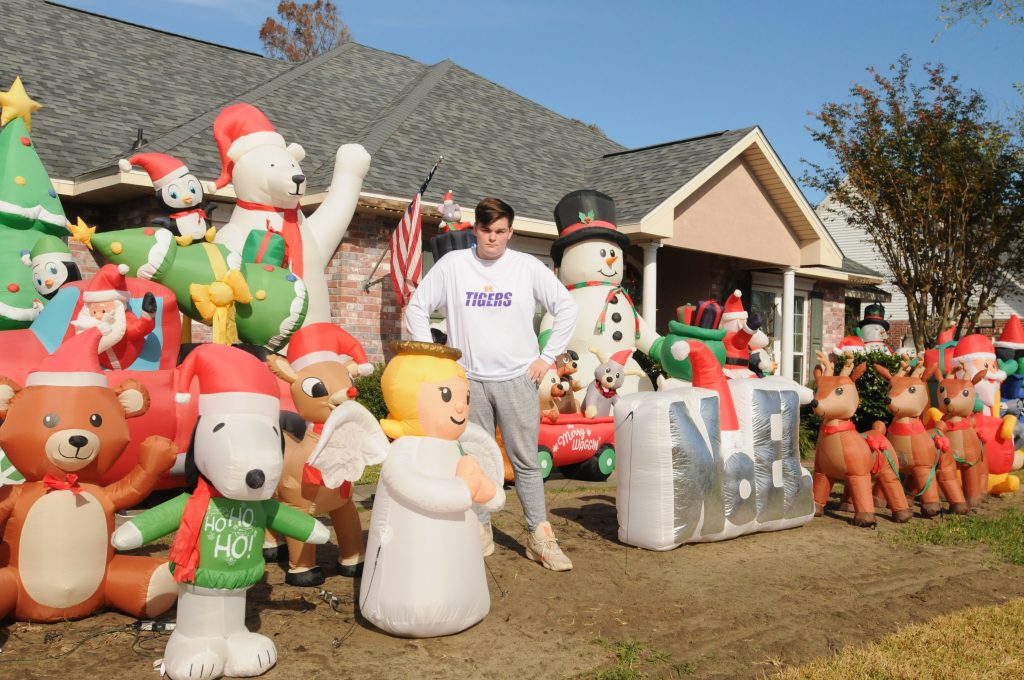 Sumrall wanted to make this display as festive as possible to lift spirits in a difficult time. But he started the practice years ago – he simply loves the holidays, and doing this amplifies that feeling.

“I decorate for them all, especially Christmas, Halloween, Mardi Gras and Easter,” Sumrall said. “I enjoy (holidays) because families spend time together and everything is festive. It’s a family tradition to drive around and see all the houses decorated.”

He began collecting inflatables in 2009, earning money to buy them himself but also receiving them as birthday and Christmas gifts. He’s continued on since then, and the house has become known within the neighborhood for the displays – some even contribute to it, as a neighboring family did with several inflatable items this year. He sets them all up and tests them out just before the holidays, and then the display is ready to roll.

“I look for the ones that I think will pop out the most,” Sumrall said of his item hunting process.

He feels a sense of pride when people stop to take it all in.

“When I see people drive by slowly or walk by to let their children see my decorations, that makes me proud,” he said.

The children’s reactions are the best part – Sumrall’s work brings Christmas, and all of its lively characters, to life for them.

“The kids get out, they look … last night we had two people jump out the car and do selfies with it,” said Sumrall’s grandmother, Mary Lou. “They’re driving by real slow … this year he decided to go ahead and start decorating and go all out for Halloween … just to change the mood. Everyone was so appreciative, because I think everyone really wants to be able to get on with life after the storm and after COVID.”

Said Sumrall, “Some people will get out their cars and walk around. When I see them enjoying it, it just motivates me even more and makes me want to do more.” 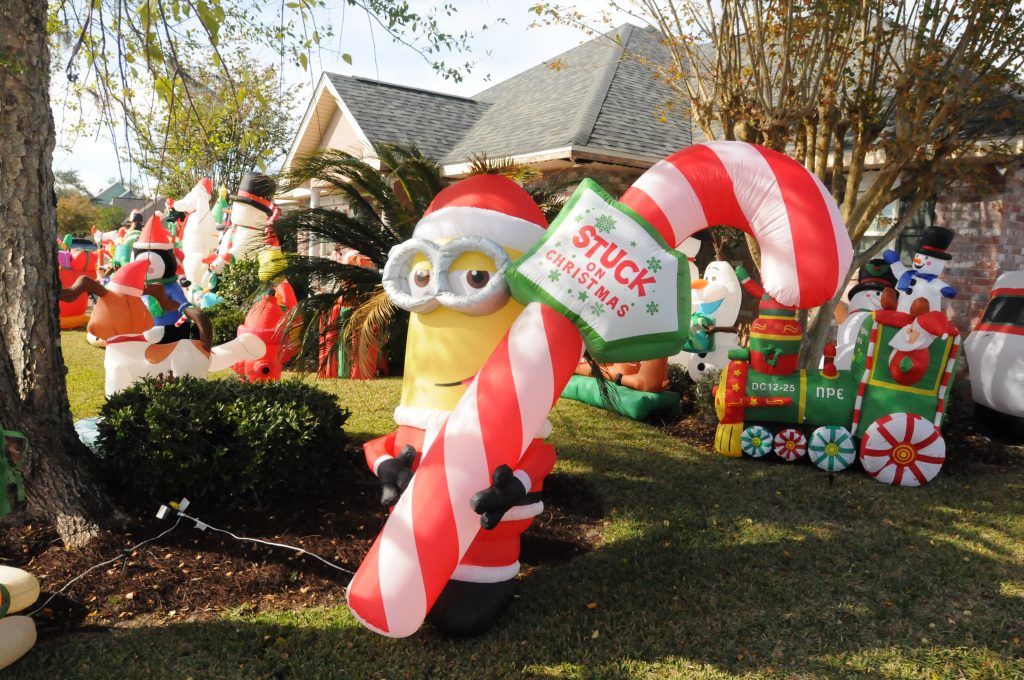 The Annual Dat Dads’ Club Golf Tournament has already accomplished much to help those in need over its first two years in play, and as it gears up for its third year proceeds will benefit three more local families facing very difficult battles. […]