The lives of Maria Strickland and her 5-year-old daughter Morghan changed drastically in February, the two taking a turn down an uncommon and at times scary path due to a condition that mystifies even the experts.

Morghan, a Luling Elementary kindergartener and nicknamed Moogie, was recently diagnosed with functional neurological disorder (FND), in which there is a problem with the functioning of the nervous system and how the brain and body sends or receives signals. It can involve a wide variety of symptoms, including but not limited to limb weakness and seizures.

Strickland said Morghan’s plight began with a seizure in February, although it wasn’t officially classified as such.

“The EMT came out and did an EEG (a test detecting electrical activity in one’s brain) … it showed no seizure was involved,” Strickland said. “It was labeled as a ‘seizure-like activity,’” Strickland said.

Issues began developing from there. Morghan’s behavior began to change at times in unpredictable ways.

“She started acting strange,” Strickland said. “She would be barking like a dog. One day she’s a dog, one day she’s a cat, one she’s a robot … the neurologist said it’s hard to explain, because there is no absolute explanation for it. It’s so rare there’s not a lot known about it. Whatever her brain is doing, her body is reacting to what it’s telling her.”

But the fallout from Morghan’s first seizure event carried on past those quirks. She would have more seizures, and episodes where she would lose the ability to walk, to feel, talk or touch. She lost a tooth due to one attack. In essence, Morgan completely locks up. 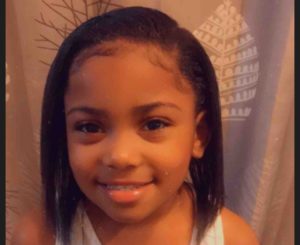 “Sometimes it’s 30 seconds. Sometimes it lasts all day,” Strickland said. “When she comes out of it, it’s like it was, my daughter and I talking … I can hear her voice. It might be two hours later when she has the ability to walk again.”

It’s been a lot to absorb for the two of them.

“All of this is new to me,” Strickland said. “It was very scary at first. We’re learning how to manage it … when it first began, I called the police, the fire department so many times. I panicked, and I become a different person when I panic. They would ask me questions … and I just couldn’t answer them. ‘I don’t know.’ ‘I don’t know what this is.’”

A tough element for Morghan has been separation from her friends each day in school, as she has had to remain home from Luling Elementary since February. One attempt to return ended immediately when she suffered an attack.

“That’s so stressful,” Strickland said. “Every time we leave the doctor’s office, she asks me, ‘Can I go back to school now?’ I have to tell her no, not yet.”

Strickland said plans are being formed as to how Morghan can safely return to class, but until that is worked out, she will remain at home, as will her mother – Strickland has  had to withdraw from work to stay with and care for Morghan.

The latter point is one reason Strickland began a GoFundMe recently (titled Functional Neurologic Disorder) – unable to work, her income has been limited, but more specifically the page is aimed at purchasing specialized equipment to make Morghan’s environment safer – a pediatric wheelchair, tub support and a supportive bed with railings, as well as an outside supportive ramp.

It would help Strickland’s peace of mind for more than one reason, though there are difficulties those items cannot address. Strickland suffers from sickle cell anemia, and there are certain situations where she simply cannot help her daughter – if she has an attack while in the tub, she wouldn’t be able to pick her up, she would simply have to drain the water and wait.

Strickland said she, as well as Morghan’s doctors, are unsure of what, if anything specifically, triggers an episode.

“We’re trying to figure it out. It could be lights, it seems like sometimes,” Strickland said. “She was by a certain game at Chuck E. Cheese and the lights started circulating … we had to call the EMT. She went into an episode and wasn’t coming out.”

Part of that uncertainty is due to the fact that the condition has been historically relatively overlooked by both clinicians and researchers. Conventional tests like MRI brain scans and EEGs come back as “normal” for patients with FND – hence the label upon Morghan’s “seizure-like activity” after her first incident. Up until recently, it was dismissed in some circles as being psychological, or a situation where repressed trauma or stress is converted into a physical symptom.

It is now understood that FND is a legitimate cause of disability and distress and is a disorder of the nervous system functioning, and that how it manifests varies from person to person. It’s exact prevalence is unknown, as are the causes.

What is known is that is rare in children under 10 years old – making Morghan’s situation highly uncommon.

The good news is there are encouraging studies that support the potential reversibility of the disorder through treatment, in effect “retraining” neurological pathways.

“It’s going to take time. It just is,” she said. “Her personality is still here. Her understanding is there. But when she goes into an attack, and she can’t do anything, it just breaks my heart.”