For well over a year, Louissa Skaikay of Destrehan bravely battled against an extremely rare brain disease.

On April 26, that fight ended in tragedy. Skaikay passed away after it was found earlier this year that the tumor in her brain had grown, slightly but enough to put pressure on nerves that caused her to begin losing functions. She was placed under hospice care for two weeks before the illness claimed her life.

Skaikay was diagnosed with Diffuse Pontine Giloma (DPG) in November of 2019, after enduring bouts of neck pain for almost a calendar year.  Physicians believed it to be muscle spasms, a pinched nerve and minor arthritis at different points over that span, but none of the treatments directed to improving those ailments seemed to land.

But two months before her emergency room visit, her symptoms became more intense, including nausea and vomiting. An MRI did not provide an answer, and she began physical therapy – she was two weeks into that when she passed out.

She underwent successful emergency surgery to treat the immediate issue, but days later came the diagnosis of DPG, a brain cancer that occurs mostly in children. There are just 600 cases a year, and it’s estimated that just 100 of those cases are in adults. An aggressive tumor was the cause of Skaikay’s pain, and worse, its location rendered it inoperable. It was determined radiation treatment could prolong her life, but not solve the issue.

“It happened pretty quick … I know their family is pretty devastated,” said David Heymann, a close friend of Skaikay and her husband, Yousef, who has known Heymann since high school. “Obviously, it’s never something you wanted to see happen, but as serious as her condition was, I think they knew … even so, it’s hit everyone hard.” 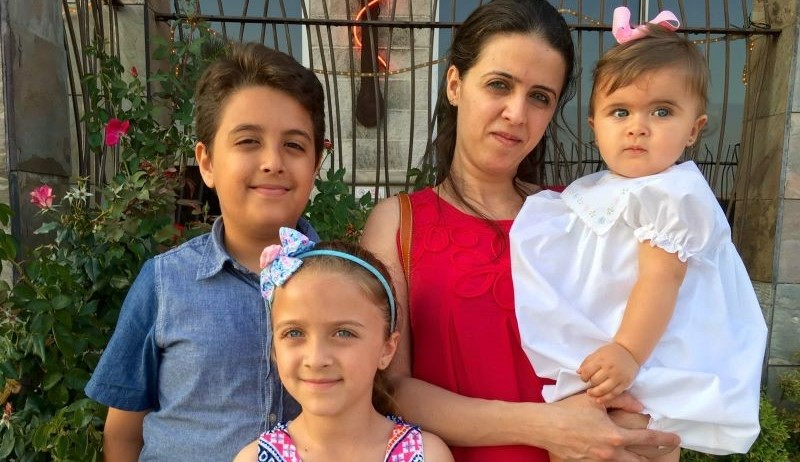 Heymann said he’s exploring ways to help Yousef and the couple’s three children. In 2019, the family sought help and treatment from a private clinic in Houston – Yousef told Herald-Guide at the time the clinic was the only place to that point that had given them hope that Louissa’s situation was potentially curable. But because those treatments were classified as investigatory, it would not be covered by insurance and all funds would have to come out of pocket.

Yousef made a GoFundMe page (titled Louissa’s battle against brain cancer) at the time to help offset the cost, and nearly 200 people donated to the family’s cause.

“I’m not sure what direction to go in,” Heymann said. “I’m sure the GoFundMe is still up. But I just … he’s such a good guy. I know their family well and they’re all great people. It’s going to be hard enough for him with three kids and I want to do something to help, but I’m not sure what. Maybe if people know their story, someone could point me in the right direction. I want to do something for him.”

Heymann said it seemed Louissa’s condition was improving last year, but never to the point of remission.

“The tumor had gotten a bit smaller, but it wasn’t enough to make a significant impact,” he said.

Luling resident Tommy Faucheux has been selected as the new president of the Louisiana Mid-Continent Oil and Gas Association. […]

St. Charles Parish’s Retired and Senior Volunteer Program will collect donated children’s books as part of its MLK Book Drive throughout the month of January. […]