In one misstep, Austin Faust plummeted 50 feet onto the concrete below – and the right side of his body virtually crumbled.

The Destrehan High alum and St. Rose native suffered a broken femur, elbow, pelvis, shoulder and hand and had to be airlifted for hospital care in New Orleans. Faust, who is attending electrical trade school, had begun working a job in the meantime performing work on industrial buildings, had stepped on a beam after beginning to work on a rooftop –  that beam could not support the weight and sent him falling.

If not for another beam striking the 18-year-old on his way down – and slowing his fall – his fate could have been far worse. 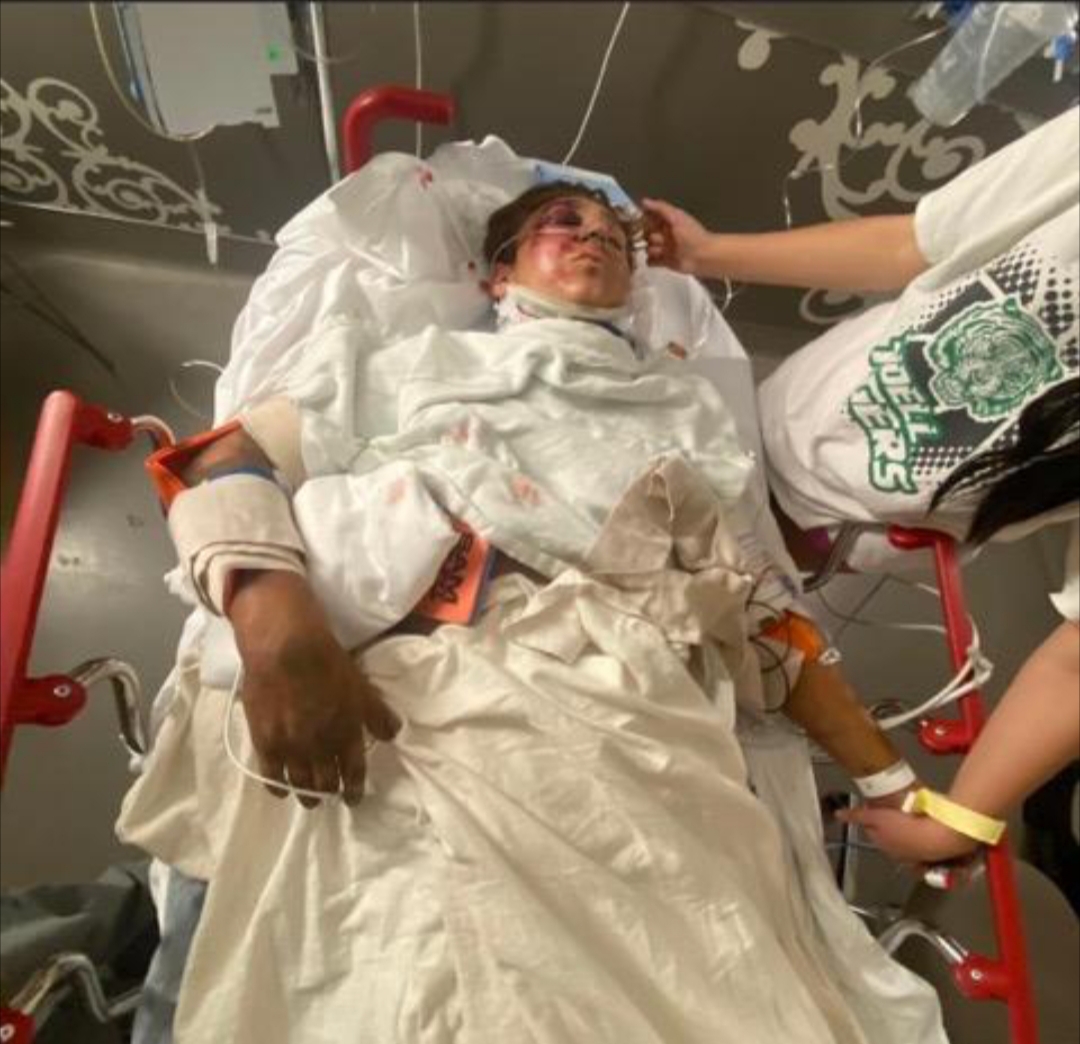 “He got out the hospital about a week ago,” said Alexis Bailey, Faust’s sister. “He’s beginning outpatient rehab to get back to himself. I think it’s been tougher on him mentally than physically … he hated being in the hospital and he’s worried about how this could affect him later on in his life when he’s older, about having all this metal in his body. He has so many people supporting him, though – I think he will get through it, it’s just a process.”

Faust has endured five surgeries so far, has had a metal rod inserted in his leg and several screws into his elbow and hand.

Bailey said she learned of the accident when Faust’s girlfriend Savannah called about it and noted this was not an experience she’ll ever forget.

“’Have you heard about what happened to Austin?’” Bailey recounted. “’They told me he fell from the roof at work – he’s being airlifted.’ I mean, I called my mother, she was terrified … we had to be going 100 miles an hour. We were crying … we’ve very close knit. It was one of the scariest moments of our lives for sure.”

Once they arrived at the hospital, they learned he was breathing, but that significant damage was done. 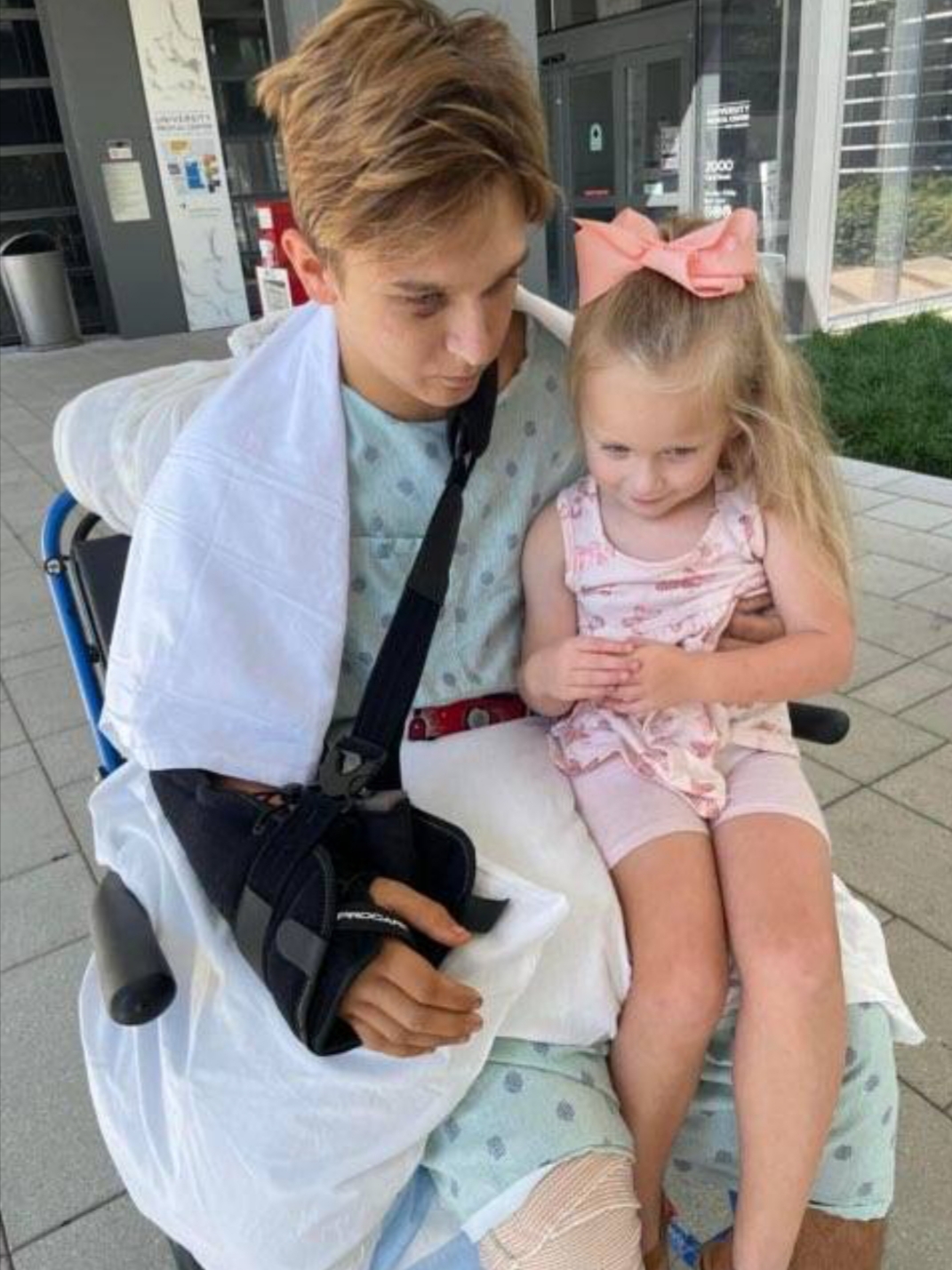 “It took a little bit before we could even see him,” Bailey said. “The nurse told us that, ‘I won’t lie, it’s pretty bad – but he’s alive. He’s alive.’ And that was a relief, but … it was just horrible.”

Bailey set up a GoFundMe on Oct. 18 (titled “Austin Faust’s medical bills, housing expenses”) when her brother was healing in the hospital, to potentially raise money to help him manage his recovery. But initially there was some hesitation to share the page.

“We went back and forth as to if we should or not … my mom is not the type of person to want to ask for help and was a bit apprehensive,” Bailey said. “But eventually we posted it … we don’t know exactly what we’re going to have to deal with yet as far as his medical bills, but on top of that he can’t work for the foreseeable future. We’re hoping to help him pay his bills and just with whatever he needs to heal.”

Bailey said the family is renting a house in Metairie for Faust currently so he can be close to his doctor for outpatient care.

“This is going to be a long, hard road for him,” Bailey said, who said for those who cannot donate, a prayer is very welcomed and appreciated. “Austin is one of the most kind-hearted and loving kids on this planet and we are very blessed to still have him here with us.”