“This was traumatizing … I’ve been through some things, but this had to be the scariest experience of my life.”

Kimberly Hidalgo and Charles Evans thought they were in for a few days of fun and relaxation with their friends, as the group embarked on a cruise ship to Cozumel, Mexico.

To be blunt – it was anything but, starting with a painful accident that saw both Hidalgo and Evans thrown from a scooter in Cozumel, rendering Hidalgo badly in need of medical attention. 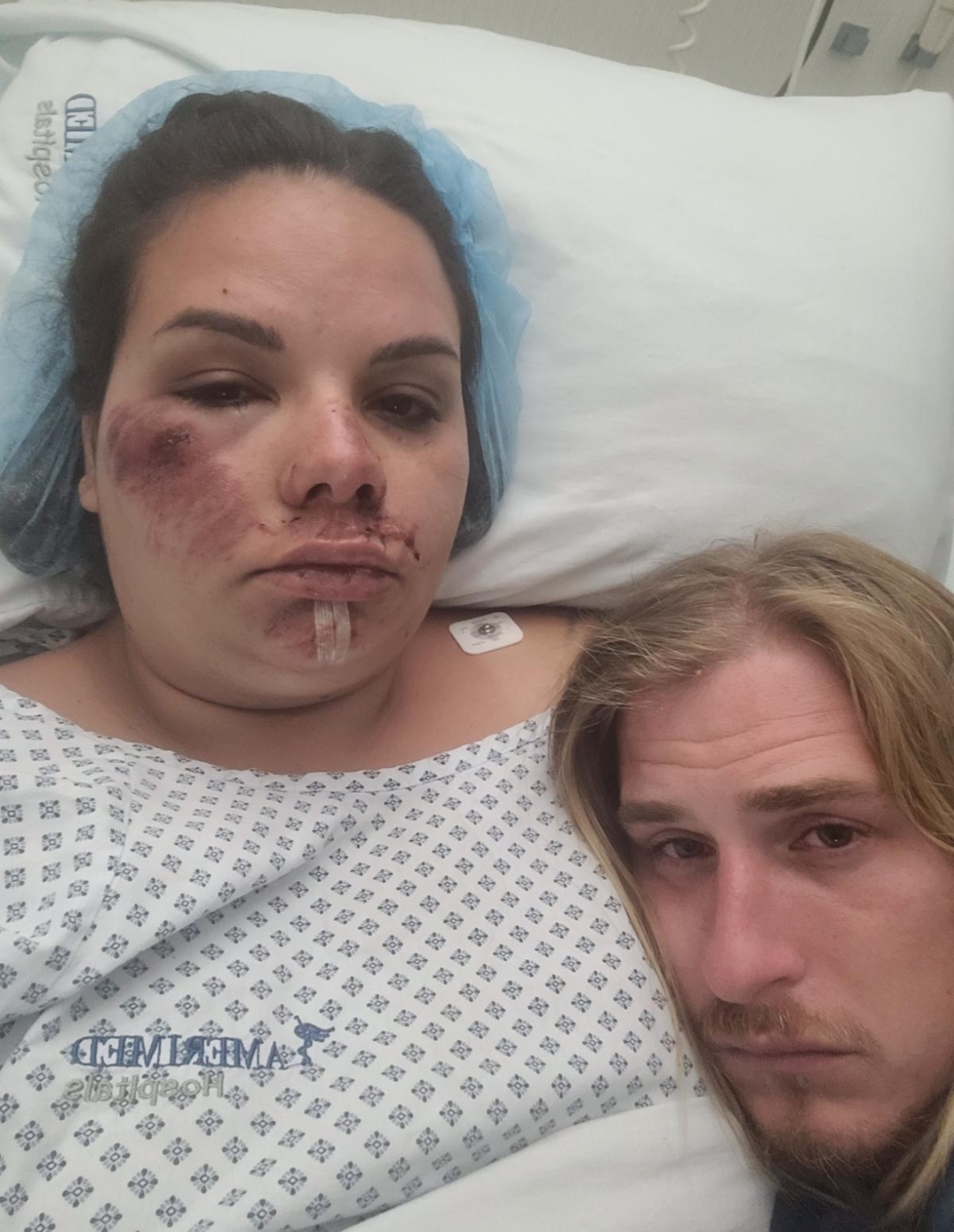 “We got in an accident … it wasn’t with another car, just us,” Hidalgo recalled. “We hit a sharp turn in the road – Charlie went flying one way, I went flying the other way.”

Chief among Hidalgo’s medical concerns at this point was the state of her toe, which was badly injured. It was severed to the bone.

“There was blood everywhere,” she said. “Our friends were trying to help us … they called the people we rented these scooters from and told them we have to get Kim back to the boat, she’s in critical condition. The scooter people came with police.”

Things took another turn from there. Hidalgo said a man with a Jeep picked her up to take Hidalgo and Evans back to the cruise ship to receive medical attention. But not long into their trek, the police flagged the vehicle down.

“The cop basically said if we don’t give them (the scooter owners) $1,200, we can’t leave. They say we need to go back to the scene,” Hidalgo said. “(The driver) is explaining to them ‘This girl needs a doctor, she needs one right now,’ and we have until 3:30 to get back to that ship. They said no, you’re staying right here until we get $1,200. And if we don’t pay immediately, we’re going to jail, they told us.”

Hidalgo nor Evans were in a position to negotiate. They gave the money they had on hand, and once back at the ship, one of the men who rented out the scooters followed Evans onto the boat and demanded more money.

The medical staff on the ship told Hidalgo that she would need to seek care at Cozumel Hospital, as she was in need of emergency surgery.

There, she experienced some unwanted Déjà vu. Once again, she was told she would receive no treatment until she could provide a $3,000 payment up front.

“We’d just been robbed,” said Hidalgo. “And now, we’re at the hospital and again, it’s happening. Charlie’s mom had to put a $1,500 hold on a credit card so I could get the surgery. They weren’t going to help me at all if not for that.”

All of this took time, and that caused significant concern when it came to Hidalgo’s toe injury. Following her surgery, she was transported to another hospital to receive oxygen treatment for her toe in order to save it: her surgeon was concerned that due to the delay between the accident and the surgery, the toe was in danger of necrosis, the death of body tissue due to lack of blood flow toward it.

Thankfully, that didn’t happen. But while the couple was told they would have to stay until Hidalgo could undergo two more procedures, at this point their answer was a hard thanks, but no thanks.

“We can get that done back home,” Hidalgo said. “We’re leaving.”

All of this came as a shock to the couple, and they want to let others know that there is an element of danger to these trips that aren’t necessarily uncommon.

“We were told at the hospital that people get in those scooter wrecks all the time over there, but the tourists especially, they get robbed out there,” Hidalgo said. “There are no street laws there … the police just allowed this man to hold us up. He took Charlie to the ATM to get the cash out. And I’m showing them my toe – it’s to the bone, and they didn’t care. They’re threatening to throw us in jail and all the while I could have died. At the hospital, nobody even helped Charlie, and he was pretty beat up himself.

“It’s … you just go into fight or flight mode. I was begging them to let us go find help.”

At the end of their hospital stay, they requested immigration bring them to the airport.

“We established we couldn’t trust the police there, so how can we trust a taxi driver to get us to the airport?” Hidalgo said.

While at the hospital, a worried Evans posted a GoFundMe titled “Help us get home to our family” prior to Hidalgo’s surgery. As of this week, over $7,000 had been donated to help the couple. Hidalgo was traveling back to Louisiana earlier this week with Evans, and upon arriving she will have to again seek immediate medical care.

“We can’t thank people enough … starting with Charlie’s mom, if not for her, I wouldn’t have even been able to get the surgery. And she’s been having her own struggles with Ida, her house is gone. And then it’s unbelievable how much our friends really came through for us,” she said.

Gavin’s secret ingredient? Butter, a huge heart, a thumbs up, and a smile. He was a chef like no other: sometimes a mystery, always a jokester, and never a dull person. The assumed patriarch to […]